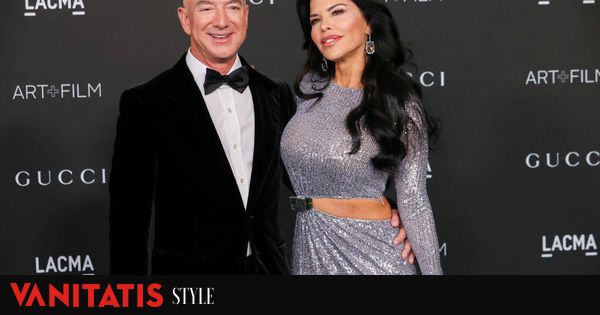 Most of us mortals will never know (thankfully!) What it means to end up being the protagonists of a meme, And it is possible that Lauren Sanchez, a television personality and owner of Hollywood’s favorite aerial filming company, who has become a media character because of her relationship with Jeff Bezos, never imagined that her brief conversation with Leonardo Dicaprio it would make her the star of social media jokes. Haunted by the actor’s charm, the video in which Lauren gives him eyes has been one of the most shared of the year. When Bezos and Sánchez made their relationship official, they did it as only celebrities know how to do it: at Wimbledon.

At that time, the tabloid ‘The Inquirer’ had already taken it upon themselves to tell its readers that the couple had been secretly seeing each other for some time before the billionaire and MacKenzie would have been divorced. Bezos accused the outlet of extorting him.

Jeff organized a very expensive and exclusive party to celebrate his girlfriend’s 50th birthday, a celebration that was not lacking in celebrities such as Katy Perry, Orlando Bloom and Timothée Chalamet, and today we wanted to be the ones to celebrate something … In this case, the style of Lauren Sanchez.

At the LACMA festival, Lauren showed off her silhouette by opting for a shiny silver maxi dress with strategic openings. This ‘ab flash’ dress It is even more glamorous thanks to the clasp with which the two parts that compose it are joined and the incredible shiny high-heeled sandals with which Lauren accessorizes the dress.

At the Baby2baby gala she also boasted of a great guy and a look clad in a black dress with which she emulates the aesthetics of the great italian divas and with which he is faithful to his sensual and elegant style. The dress features subtle lace motifs that draw matching stripes in areas such as the waist, thus creating an optimal effect that enhances its hourglass silhouette.

Even in a family Thanksgiving dinner She brings out the heavy artillery, as she opts for a simple patterned dress in which the side slits are once again present to show that sensuality is not only present in the great finery, but is part of her day to day.

A good example is this dress with an infinity neckline with sleeves with black sparkly applications that generates the ‘plumeti’ effect and a sequined body that draws the pattern that adorns this design.

Although when we see Lauren Sanchez it is on the red carpet, our favorite look is this, in which she is with Bezos in Texas and opts for a simple outfit consisting of brown flared suede high-waisted pants combined with nude ribbed sweater , white sneakers and a minimalist ‘tote bag’.