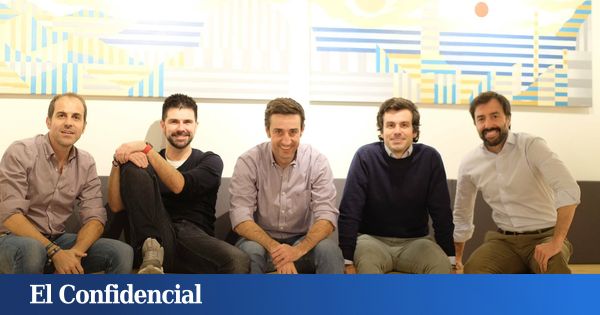 Do you need an anti wrinkle cream? Food for your pet? A guardrail for your three-year-old’s bed? More and more people are turning to Amazon as their first gateway to buy almost any product. They don’t care that the brand is unknown. They care about the ‘reviews’, the reviews: if the customers praise it and, in addition, the price is good and the descriptions and photos of the product convincing, they buy. The Amazon power it is such that you are giving rise to a new business inside your guts: Companies that create huge conglomerates by buying dozens of brands that only operate on the Bezos platform. In the US, Thrasio is devastated, which is already valued at 10 billion dollars. In Spain, a group of entrepreneurs is about to close an investment of 60 million to export this model to our country. However, the manufacturers themselves warn: it is an idea as complex as it is “opaque”.

The Spanish startup Yaba, born in Barcelona at the beginning of the year, is the first that has dared to exploit this model in Spain. And the numbers speak for themselves. In less than 12 months, it has acquired six brands with aggregate sales of five million euros and a profit of one million. According to internal documents to which this newspaper has had access, Yaba is close to closing nine more acquisitions (at least five of them are Spanish companies), with total sales of 25 million euros. In addition, it is about to sign a series A of financing that would be around 60 million euros (15 million in capital contributed by investors and 45 million in debt).

The final figure may vary, but not investors, including the American VC Crossbeam, the German 10x Group, UL Invest (based in Luxembourg) and the Spanish Bonsai Partners, JME, Aldea Ventures and a special ‘guest’: the Spaniard Javier Oliván, vice president of Facebook and right-hand man to Mark Zuckerberg, who owns a small stake in the company (less than 1%).

Yaba started its activity in our country with a check book, buying six brands that operated only on Amazon. Of the six, only one publicly announced, Banbaloo, a company from Terrasa (Barcelona) specialized in safety barriers for babies. The internal documents of the ‘startup’ indicate that it has also been done with Zowix (cosmetics, based in Spain), Natural Dog Treats (pet food, Lithuania), Wind Passion (costume jewelery, Lithuania), Hogard (home renovations, Lithuania), Nature Supplies (household items, Italy).

If none of these brands are familiar to you, it is normal, it is just what these types of aggregators are looking for: to acquire small companies, but with potential; with more than 700,000 euros in annual sales, but no more than 10 million, and operating 100% on Amazon. Once the purchase is made (they pay up to four times their benefits), apply their guide on how to ‘line up’ on the platform: they improve the positioning of the product in Google and Amazon, enhance their ‘marketing’, seek logistics efficiencies, expand in more countries … All the plumbing behind (storage, shipping, etc.) is provided by Amazon. This is what is called FBA (‘fulfilled by Amazon’) sellers. Yaba pays up to 30% commission to the Seattle giant and the rest is pocketed.

With this model they hope to reach 36 million euros in sales by the end of this year and almost six million in profits, figures that they plan to double by the end of next year once they have bought another 14-15 brands, which would lead the firm to have a total of 30, as detailed in the internal expansion plan reviewed by El Confidencial. These figures are an X-ray of a business that has just been born and that seeks to create a kind of Unilever or Procter & Gamble of the internet: huge conglomerates of 100% ‘online’ products that live exclusively within Amazon. And that is an advantage and a liability at the same time.

“It is a very opaque business in which Amazon controls absolutely everything. You only know the name of the brand, but you hardly ever know which manufacturer is behind you or where to call if you have a problem. It is a product without a soul doped based on reviews, “explains a manager consulted in the cosmetics sector that is a competitor of the Zowix brand, who asks to remain anonymous. His company decided not to sell through Amazon due to the low margin they had left.” We go directly to the pharmacies, so we can better control the entire chain and the margin. ”

The Zowix brand is sold only on Amazon and appears in the top results when searching for, for example, “anti-acne creams.” It competes with other recognized names such as Isdin, L’Oréal or Bioderma. Your trump card is the price and the positive reviews. But who really makes this cream? Where are your labs? Is there a way to contact your Customer Service department? It is impossible to know. The company ensures on its website that its creams are made in “a laboratory in Castellón”, although there is no way to find out exactly where. There is also no contact number, just a general form for submitting comments. All company databases lead to Yaba and any query or call must inevitably go through Amazon.

“The cosmetics sector is tremendously opaque. There are laboratories that still make creams for 50 different brands, but it is almost impossible to know who makes for whom. This allows you to distribute different lines on Amazon as if they were different companies and with different properties, when in fact they come from the same laboratory and do the same thing “, explains an employee of a cosmetic laboratory in Castellón.

Alejandro Fresneda, co-founder of Yaba along with David Baratech, Sergi de Pablos, Rubén Ferreiro and Patxi Archanco (the five control 60% of the company), sees it differently. “When I go to a physical store, the customer does not ask where they manufacture the cream, they are not really interested in all those details. On Amazon you can see all the information: who sells it, who sends it to you, the company behind it, who is the owner , etc. If Amazon has something good, it is their customer service. And, if someone writes in the form on the Zowix website, we will respond to them within 24 hours, “he explains. Fresneda confirms that they are looking for a new injection of capital, but does not reveal the amount or offer any other information.” All this is confidential. . The only information I can give now is that we will end the year above 20 million in turnover. ”

Yaba’s internal expansion plan reveals how quickly these new Amazon-era conglomerates hope to grow. The Spanish firm is about to close the purchase of a Spanish company of ecological fertilizers for gardens for which it will pay more than five million euros. It will pay out three million for another Spanish company specialized in manufacturing and distributing furniture designed for the elderly. And another five million for two more Spanish firms, one for kitchen accessories and the other for travel accessories. The strategy is clear: flood Amazon with cheap products and impulse buying, a new type of ‘low-cost online’ that, for now, seems to be working.

In the US, there are already up to five major aggregators (Thrasio, Perch, Heyday, Boosted and Caphill) that have achieved a total of more than 3,000 million in financing. In Germany, two others (Razor Group and SellerX). The same in UK (where Heroes leads) and France (Branded). All except Thrasio were born in the wake of the pandemic, from 2020, when we had nothing to do but watch screens indoors.

For many product manufacturers, focusing only on one sales channel is shooting yourself in the foot, especially if that only window to the world is Amazon. “You will depend completely on them. If they change something and it hurts you, you are lost,” says one of the managers consulted. “Risky to operate with Amazon? More than 60% of the sales that occur on the platform are from third parties, not from Amazon’s own brands,” says Fresneda. “We don’t see risk, we see opportunity.”

The opaque business of ‘reselling’ on Amazon: 60 M for the Spaniards who are lined with Bezos