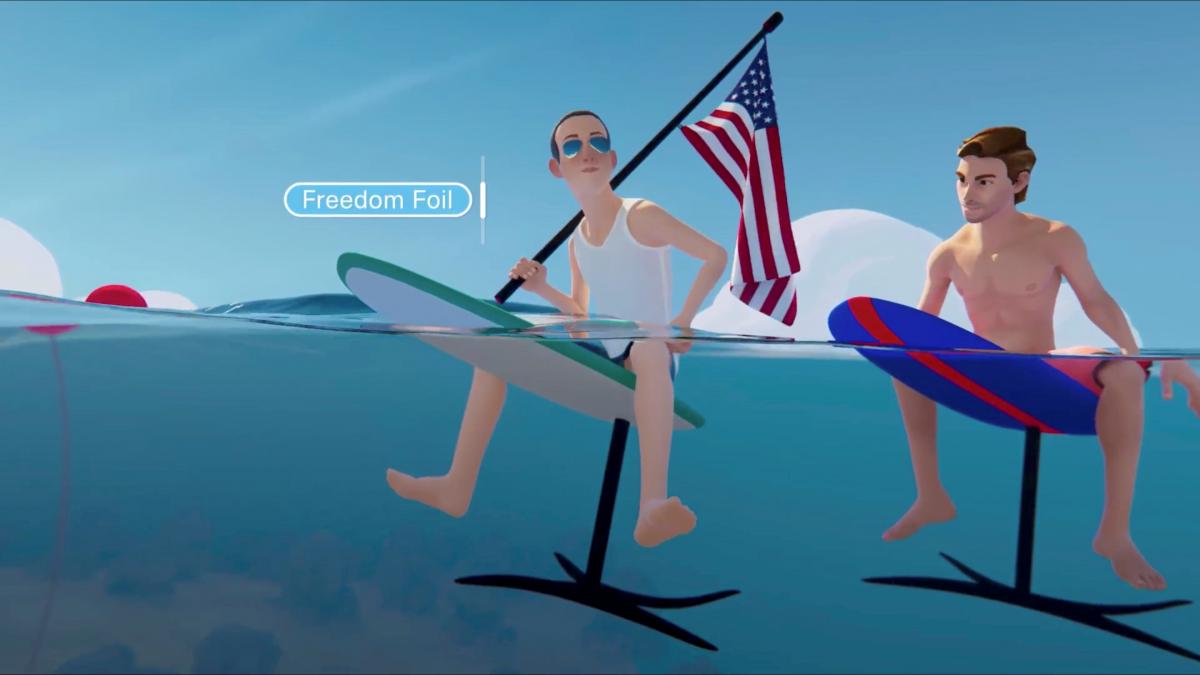 We owe it to Mark Zuckerberg. When the Facebook founder announced in October that he was changing the name of the social network’s parent company to Meta Platforms in order to help create an alternate digital reality called a metaverse, he was the subject of merciless ridicule. For some, it was creating a smokescreen to distract attention from a political scandal. For others, he was just the latest middle-aged tech billionaire pursuing a childhood fantasy, as Amazon’s Jeff Bezos and Tesla’s Elon Musk did with rocket ships.

And yet the schedule has been flawless. Since October, searches for “metaverse” on Google have exploded. Wall Street is fueling the buzz. Bernstein, a brokerage firm, says the term appeared 449 times in earnings calls for the third quarter, up from 100 in the second. And he adds that the metaverse could disrupt markets with a potential annual income of at least $ 2 trillion. Jefferies Bank says that although the phenomenon is more than a decade away, it has the potential to alter “almost every aspect of human life.”

Zuckerberg started the race by renaming Facebook to Meta in order to create an alternate digital reality.

Other tech giants, like Microsoft, have come up with plans to jump into the metaverse. However, it is the large companies that are still under the control of their founders that can become the most fervent propagandists. Of these, the most prominent is Zuckerberg, with a net worth of about $ 125 billion and almost total control of a company valued at $ 908 billion. Others include Nvidia’s Jensen Huang, a $ 722 billion graphics processor maker, and Tencent’s Pony Ma, the $ 550 billion Chinese tech giant whose gaming investment portfolio includes a 40% stake in Epic Games. , owner of Fortnite, one of the most popular games in the world. Tim Sweeney, Epic’s own founder, is a force to be reckoned with. He recently told Bloomberg that the metaverse was a multi-billion dollar opportunity, and that companies like his were in a race to reach 1 billion users and set future metaverse standards.

The company that owns Facebook, which until now had the same name as the social network, will change its name to Meta to reflect the shift in its priorities towards what it has dubbed “metaverse”, a world of virtual reality

That race is turning into a multi-million dollar battle similar to the space race between Bezos and Musk. Instead of being rid of with the help of aerospace engineering, it will be rid of reality-altering helmets, blockchains, cryptocurrencies, and staggering computing powers.

It is not yet clear what these plutocrats mean specifically when they speak of a metaverse. Will an absorbing futuristic world of virtual reality, avatars, ocean-side mansions and other online entertainment make the real world a boring place next to you? Or is it simply a richer and more immersive version of what already exists today: a way to socialize, work, shop and play online, while life in the everyday world continues normally? Even less clear is that future Internet users are going to be seduced by the dreams of tech billionaires.

A look at the ambitions of Meta, Nvidia, Epic and Tencent gives an idea of ​​the scope of the initiative. Each of those companies has its niches. Zuckerberg has earmarked $ 10 billion this year to develop mostly virtual and augmented reality headsets and goggles that he hopes will provide a dominant access point to the metaverse, much as Apple’s iPhone does with mobile internet. Nvidia is focused on what it calls the Omniverse, a platform based on its microprocessors that brings together engineers, designers and other creators for virtual collaboration and simulation; for now, especially in industrial environments. Epic has been creating virtual worlds for years, including Fortnite. In the metaverse, your flagship application may be Unreal Engine, a platform that provides its own developers and others with the ability to create realistic 3D experiences including games, movies, architectural models, and industrial designs. Tencent has all of China to explode. The caution of Ma, its founder, is surely a very sensible stance given the backlash against the Communist Party’s techies. Regardless, his company’s popular WeChat super app, WeChat Pay included, is already a 2D version of what the 3D metaverse could be.

It is not yet clear what they mean by metaverse: will it be an absorbing futuristic world of virtual reality or a simple richer version of what already exists today?

Behind his futuristic ambitions lie some common experiences. First of all, mobile internet is reaching the end of an age. In the United States and Europe, politicians threaten stricter rules against monopolies and abuses of privacy; especially in relation to Facebook and Google. In China, the tech sector is reeling from the government onslaught. The resignation in the United States and China of some first-generation technology entrepreneurs is still significant. Those still standing need a compelling new story to tell.

Furthermore, they operate in restricted worlds. Apple is a particular nightmare for Zuckerberg and Sweeney. The iPhone maker uses the privacy settings of its iOS operating system to control the degree to which Facebook can sell digital ads. Epic Has Antitrust Battle With Apple Over App Store Fees On Game Developers; a battle that has so far been largely unsuccessful. That’s why both Zuckerberg and Sweeney are so vehemently committed to promoting interoperability (meaning no closed systems) and common standards. They too want to be the architects of the operating systems of the future.

They will not have the field to themselves. There is no doubt that Apple, which so far has not commented on the metaverse, is preparing an offensive. Telcos want to dig a little deeper, because they have invested heavily in ultra-fast, low-latency 5G spectrum. Fast-growing platforms like Roblox, which offers a game creation system that attracts 200 million users a month, have already wowed young people. There are also detractors, especially proponents of the more distributed technologies known as Web3, who argue that blockchains and cryptocurrencies are the next big innovation; Although, as tech expert Ben Thompson points out, these could be put to much better use in the metaverse than in the real world.

The stakes are high. As Thompson puts it: “Elon Musk wants to go to the moon. Mark Zuckerberg wants to create completely new moons in digital space.” Therefore, in the same way that space is a race, so is the metaverse. Zuckerberg, Huang, Sweeney, Ma, and others may promise a more open, enveloping, and engaging future for the Internet than the mobile Internet that exists today. However, each of them wants to be the first to arrive and be able to set the rules in their favor.

From The Economist, translated for La Vanguardia, published under license. The original article, in English, can be viewed at www.economist.com.

The multi-million dollar battle for the metaverse