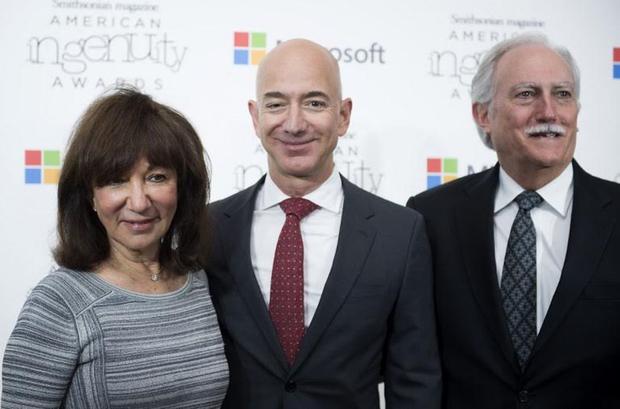 He is the third richest man on the planet, and with that endorsement, he and his family can indulge in million-dollar purchases as if they were a minor business transaction. Jeff BezosSEO and main owner of the multinational website Amazon, is back in the news for a million-dollar transaction that includes a luxury residence on US soil.

The tycoon, a native of Albuquerque, United States, has a heritage of 130 billion dollarswealth that has been amassing since the 1990s, when he started this company with a capital of 250 thousand dollars.

However, economic growth has been general: to the extent that Jeff Bezos was surpassing himself, his closest people -such as his biological mother and his adoptive father- were climbing socioeconomically. Thus, both have their own fortune, the same that would have allowed them to acquire a new mansion.

HOW IS THE 34 MILLION DOLLAR MANSION THAT JEFF BEZOS’ PARENTS HAVE PURCHASED?

According to the portal The Real Deal, his mother Jackie and his stepfather Mike would have bought a mansion in Coral Gables, Florida, with a price of around 34 million dollars. The property would be in the name of the Bezos Family Foundation, an organization based on Mercer Island, Washington.

According to the same website, the purchase-sale of the property took place on July 22 and the mansion has an area of ​​12,829 square feet, six bedrooms and seven full bathrooms, as well as a hall, kitchen, dining room, living room, main room, TV room, family room, bar, wine cellar, gym, abseiling wall, garage for nine vehicles and laundry room, among other rooms.

Outside, on its 1.89-acre lot, it has a terrace, extensive green areas, barbecue area, outdoor kitchen, swimming pool with its respective spa area, Jacuzzi, pool house, dock, among other amenities. The residence, which was built in 1996 and is distributed over two floors, was sold by its previous owners at a lower price than they intended, since in September 2021 they put it up for sale for almost 35 million dollars.

IT IS NOT THE ONLY HOUSE THAT THE PARENTS OF JEFF BEZOS ACQUIRED: THERE WOULD BE A SECOND

The novelty is that in addition to the aforementioned mansion, Bezos’s parents they would have bought a new house close to the first. The second home, which cost around 44 million dollars, has an extension of 8,713 square feet, six bedrooms and nine bathrooms.

According to The Real Deal portal, it also has a hall, kitchen, breakfast room, dining room, living room, main room, piano room, TV room, bar, movie theater, game room, laundry room, garage for several vehicles, among other rooms. Outside, on its 2.12-acre lot, it has a terrace, extensive green areas, a swimming pool with its respective spa area, with fountains, statues and a private dock.

THIS IS THE IQ OF JEFF BEZOS, FOUNDER OF AMAZON

How high is Jeff Bezos’s IQ? The founder of Amazon has managed to become one of the richest men in the world and that is due to his perseverance, desire to undertake and his intelligence. Here we tell you what is the IQ of him of this billionaire.

Jeff Bezos is the second richest man in the world in 2022, after Elon Musk, according to Forbes. He has a fortune of around 171 billion dollars, which continues to grow thanks to the success of his companies like Amazon, Blue Origin and The Washington Post. Known HERE what is the IQ of this American tycoon.

There are many success stories that exist in the world, and each one of the creators of large companies highlights the importance of failures, since they are sobering experiences that allow correcting mistakes to continue growing.

Billionaire Jeff Bezos, creator of amazon.com He had a vision for the future and applied technology to create his project that became a very profitable business. His curiosity and desire to explore the new allowed her to achieve his dreams. Check out NEXT these unmissable tips.

The mansion that Jeff Bezos’ parents bought for 34 million dollars