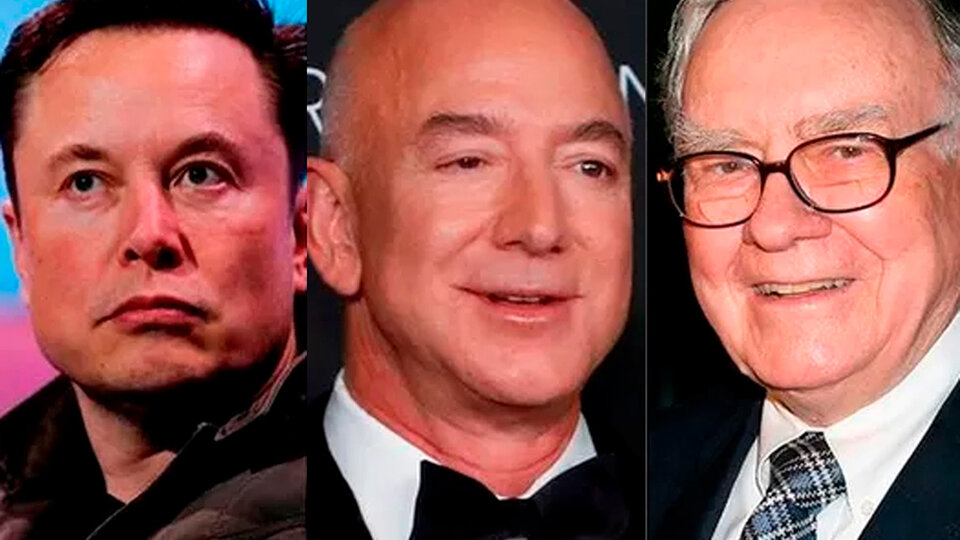 (Names and other information have been changed for legal reasons)

José sells Mexican tacos and Argentine choripanes from a cart on Miami’s Ocho Street and Azúcar Avenue. It has two employees. Guadalupe, the cook from eight in the morning to seven in the afternoon, and Ronald, the skinny guy from Caracas who delivers when José drops an order on his UberFood. At first he got along well with both of them, until he started to get hot every time he read Guadalupe and Ronald’s posts on Facebook at night. The only thing the three of them share is that neither of them goes to church on Sundays, but Guadalupe and Ronald had left-handedness, which they didn’t seem when they were looking for work. One from Monterrey and the other exiled from the Chavista regime did not seem like caring cases. But for some mystery they were “anti-imperialists, not anti-American”, as stupid Ernesto used to say, and nothing more screwed up than a kick in the testicles or that friends are such idiots, politically speaking. He even once felt the temptation to season Ernesto’s choripán with a few drops of laxative, which, he knew, was not going to kill him, but he was going to fuck him for a while as a well-deserved reward for his fucking rhetoric that had already contaminated even his employees.

Ernesto was coming back from his little post at the university and passing through the neighborhood shops, as if to take a village bath before returning to his apartment full of useless books and exams, especially at this point in December.

José did not know if Ernesto was a client or an enemy. At least that was his dilemma every Friday when he saw him appear with his myopic glasses and, without saying a word, forced him to turn off his cell phone. Ernesto would appear and start talking to Ronald. Apparently they exchanged jokes with the boy (“che” for here, “pana” for there), but José knew that Ernesto was there to annoy. It is the fate of some individuals that no one knows why or what they were born for. He, José, employed the cook and the delivery guy, Ronald, and they couldn’t even understand how things worked.

Last Friday Ernesto came with his brown wallet full of papers, that shit about his students who have parents who pay them thousands of dollars to graduate from something while they work half or a quarter of the time and then they rub you their Bachelor of Bachelor’s degree. Science, Master of Arts, Doctor of Philosophy and all that useless shit that nobody knows what it’s for.

“ I don’t understand either, Don José, ” he said to me last week, as he received my food, “ why you defend Jeff Bezos so much.

“Nothing personal,” I told him. I still defend Elon Musk, Warren Buffett …

“They create jobs and they create the wealth of this world,” he said, with his usual sarcasm. The Parents of the Progress of Humanity. I’m not saying this sarcastically, but in capital letters, like the New York Times headline.

“ You said it, friend. It is what all entrepreneurs do. Saving the distances, it is what I do myself. If it weren’t for this humble business, two workers would be begging on a corner of this same Calle Ocho.

And he, very damned, downloaded to me all that he must learn from his wrinkled books or that he comes up with with his wrinkled brain:

–For some mysterious reason, heroic little entrepreneurs like you, Don José, consider themselves members of the same union as Jeff Bezos, Elon Musk and Warren Buffett …

Well, maybe we have something in common …

Yes, everything but a hundred trillion dollars and the power to crush other small entrepreneurs like you. I don’t know, but maybe one day you will realize that you have more in common with Guadalupe and the boy … (what’s his name? Ronald, yes, Ronald) than with the love affairs of Jeff, Elon and Warren. It seems to me that you could not continue working without the Guadalupes, without the Ronalds, but surely you could continue, and perhaps without suffering so much, if there were neither the Jeffs, nor the Elons, nor the Warrens. But look, I don’t blame you for that mistake, which is not only political, but existential. Did you see that politics always has a bad reputation? The owners of the world have always known how to use Political combos. For example, if you are a religious type, let’s say Catholic, Protestant, Pentecostal or Alavadió, you are going to support the entire agenda of the conservative party, that is, you will end up supporting, with heroic fanaticism, not only the prohibition of abortion but the right to carry an M16 rifle in the Eight (in the name of Freedom, of course), the reduction of taxes for millionaires and the freedom of large capitals that, according to theology, would be the one that guarantees the freedom of the mendicants. The same happens in those countries of the south, of the extreme south. Someone divided the field between city and country, between civilization and barbarism, and each one took sides. Boca and River, Pañarol and Nacional, Flamengo and Corinthians, Colo Colo and Universidad, Michigan and Alabama … Thus, for example, the field pawns, those who get up at five with a mate and go to bed at seven without a Martini Rossi, they took sides in favor of the landowners, all to fight the damned inhabitants of the city who, they say, suck their blood. Long live the Patriotic Party! Long live the Homeland! Long live the Pata de la Lora! But what assholes, right? And the powerful landowners, the ranchers who own thousands of hectares, the representatives of the people, dress as gauchos in Brazil, Argentina and Uruguay, as huazos in Chile, and as Indians pongo in Peru or Bolivia, and they make them believe to the toothless poor that they are part of the same party. Long live the Patriotic Party! Long live the Homeland! Long live the Pata de la Lora! They spoke more or less the same, they dress more or less the same, especially on national holidays, and, as in the days of slavery when black slaves defended their masters, wage slaves defend their bosses and fight at festivals. and in the elections for the caudillo’s currency, for the master’s color, for the gaucho’s family and tradition. Another perfect combo. Don’t tell me that you don’t remember that “¡Long live the dotor Whiskygratis! ”, The CIA candidate?) Nothing has changed much, don’t you think? Those in power know how to do it. Otherwise they wouldn’t be in power, right? I am not saying in the presidency of this or another country, because that is not really being in power.

“I don’t know,” I said, as if to finish. Anyway, the customer is always right. Here’s your choripán. It is a specialty of the house … Or of the cart, whatever you want to call it. Choriarepa, I call it. It is Argentine choripán crossed with Venezuelan arepas, with a few drops of Mexican agave. All dissident condiments, as you like …

In the end, I decided on the laxative instead of the agave. Worse are the others that, they say, use carcinogenic radiation or frequencies that do not let you sleep.

Jorge Majfud is a Uruguayan-American writer. His latest book is The Wild Frontier: 200 Years of Anglo-Saxon Bigotry in Latin America.

The logic of political combos | What do Jeff Bezos and José, the choripan vendor on Miami’s 8th Street have in common?