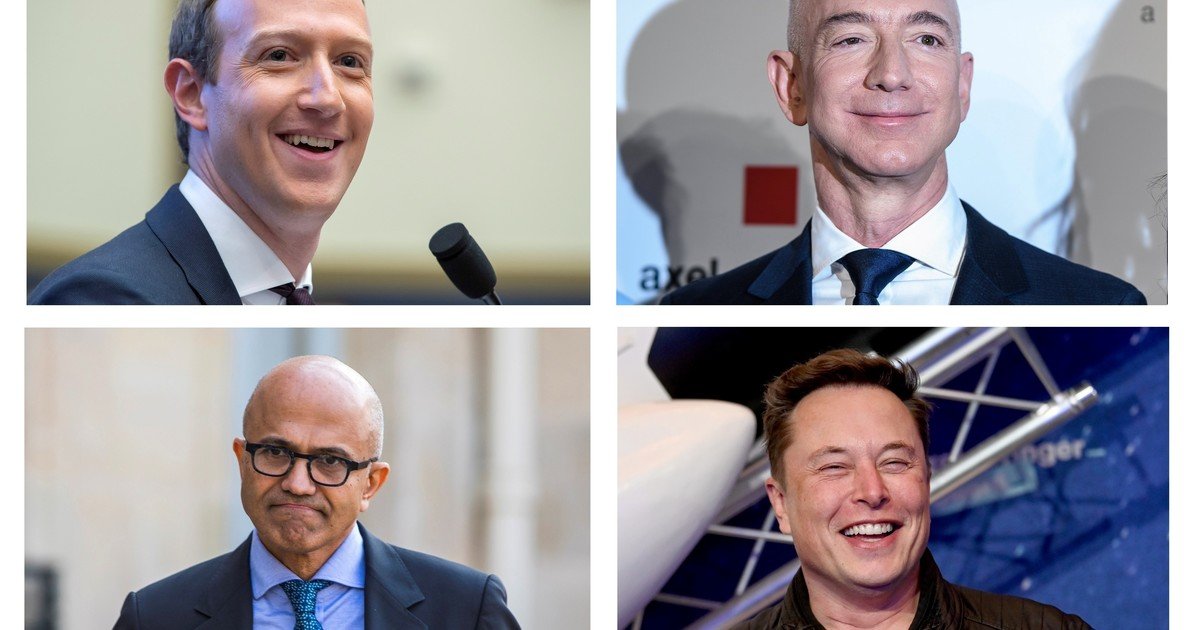 The great millionaires of the 21st century, the giants of technology Jeff Bezos, Elon Musk y Mark Zuckerberg, Not only have they enriched themselves during the pandemic, but in 2021 they continue to increase their fortunes by getting rid of their stocks, which are at maximum, in the face of the threat of tax changes.

The sale of shares of these top executives or “insiders” (as you know the people with positions in a company) of corporate America has exploded in 2021 to levels never seen before, with a combined collection of almost 69 billion to date, 30% more than in all last year.

The figure, compiled by InsiderScore / Verity, which analyzes the operations of “insiders” to generate investment ideas and has institutional money managers as clients, is due to “a combination of factors” led by the flashy appreciation of the shares, its director of research, Ben Silverman, told Efe.

“The appreciation of (stock) prices, unsurprisingly, has resulted in some insiders behave opportunistically “Silverman added.

The one that sold the most

The top seller of 2021 by fundraising value is Jeff Bezos, founder of Amazon and now dedicated to his space travel company Blue Origin and philanthropic projects, which has sold shares worth $ 9.97 billion. throughout all of 2021, attributed to a preconfigured plan called “10b5-1”.

Broadly speaking, the “10b5-1” plans, established by the Securities Market Commission (SEC), allow large holders of shares to set up passive purchase and sale transactions in advance to avoid being accused of the use of inside information.

Bezos’s sales on Amazon “were not unusual, and in 2020 he sold even more shares than this year,” but those of another of the richest men in the world, Elon Musk, the founder of Tesla, do catch the expert’s eye: “Hadn’t sold since 2010, in the IPO of the company “.

Musk has raised $ 5.4 billion in just one month, since on November 6 he put to a vote on Twitter the fate of part of his shareholding, with the option to sell as a winner.

The founder of Meta (new name for Facebook), Mark Zuckerberg, has pocketed 4.47 billion this year with almost daily sales, and the founders of Google, Larry Page and Sergey Brin, have obtained about 1.500 million, all of them following these types of plans.

The Walton family, the richest in the US and heir to the Walmart supermarket chain, meanwhile, has pocketed $ 6.18 billion since January as part of regular sales destined for its non-profit foundation.

Satya Nadella, Microsoft’s CEO, was making headlines this week for his decision to sell more than half of his company shares, about 840,000, for $ 285 million because of “Personal reasons for planning and financial diversification”.

There are suspicions that another implicit reason for these massive stock sales has to do with taxation, since the pressure may soon increase: in the state of Washington – where Microsoft is based – from January there will be a higher tax on income long-term capital, and at the federal level, a higher tax rate on millionaire income is debated in Congress.

“Potential changes to tax codes at the federal and state levels are also a likely factor. for some ‘insiders’, Silverman explained, also taking into account the large number of companies that have come onto the market in recent years.

The fortunes of Jeff Bezos, Elon Musk and Mark Zuckerberg: even richer by the end of 2021