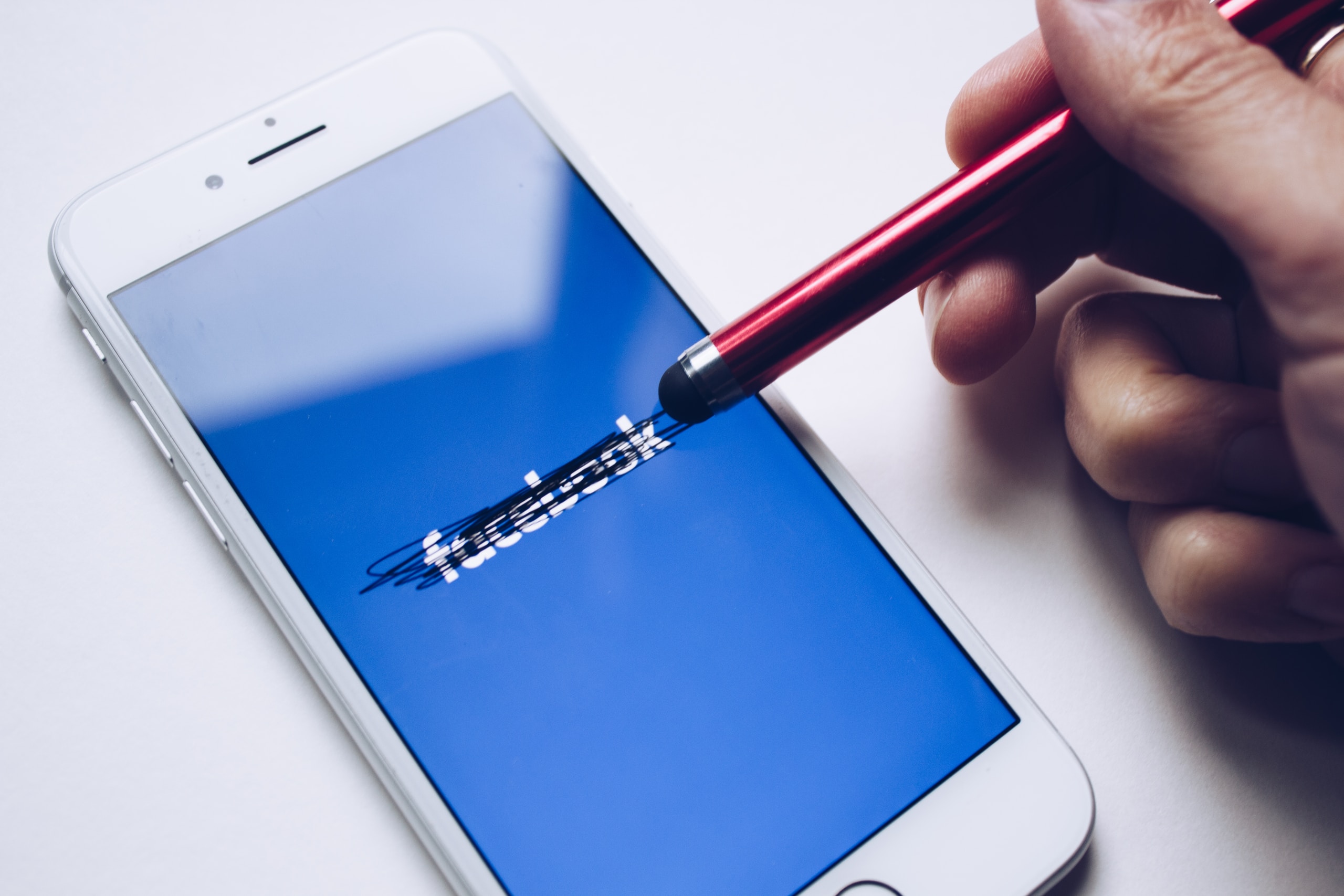 After a growing expectation throughout the weekend, this Monday the Facebook Papers. It is a series of newspaper articles that have been developed simultaneously by several US news media. They are based on documents leaked by Frances Haugen, the former employee of Facebook which he testified recently in front of the United States Senate.

The Facebook Papers they expose — and criticize — the actions of the social network when dealing with a very wide variety of situations. From the failures to detect and eradicate hate speech in certain countries and languages, to human trafficking, through disinformation and censorship, among many other issues, the investigations mainly focus on Mark Zuckerberg and his management model . And they also put on the table how, in most cases, it is the company’s own employees who warn about the shortcomings in the social network, but are ignored.

Below we offer you a compilation with the most important points that have been revealed in the last hours, in which it is surely worst Facebook crisis to date.

Everything passes through the hands of Mark Zuckerberg

One of the articles published by The Washington Post which is part of the Facebook Papers put the magnifying glass on Mark Zuckerberg’s interference in controversial decision-making. Beyond the logical situations that must have the endorsement of the CEO of a company, the founder of Facebook would have given the last word in some determinations that would be – to say the least – debatable.

The article focuses primarily on Facebook’s decision to apply censorship to the publications contrary to the rulers of Vietnam. Under the threat of being blocked in the country, Zuckerberg would have personally decided to obey the provisions of the authorities from Hanoi.

In considering whether to allow more censorship in Vietnam, a former employee said, the line on free speech that Zuckerberg drew in the sand seemed to constantly change. Warned that catering to a repressive regime could damage Facebook’s global reputation, […] Zuckerberg argued that going completely offline in Vietnam would do even greater harm to free speech in the country.

Mark Zuckerberg would also have prevented the WhatsApp team from developing an information center for voters in Spanish, in the run-up to the US presidential elections. According to the Facebook Papers, the CEO of the social network objected to the idea, considering that it was not “politically neutral” and because it could be considered partisan.

While at the beginning of the COVID-19 pandemic, Zuckerberg would have rejected a recommendation from the company’s researchers to limit the viralization of false information. The proposal was to limit the push that the algorithm gave to content shared on multiple occasions, because it was proven that content “re-shared” in series was usually related to misinformation. In fact, early tests showed that it was possible to reduce false news about the Coronavirus by 38%. However, Zuckerberg would have objected because changing the algorithm could imply a concession on MSI (Meaningful Social Interaction), the main metric used by Facebook.

Lack of action to detect and eradicate hate speech is recurrent among the many newspaper articles of the Facebook Papers. According Reuters, the social network has not done enough to avoid situations that lead to acts of violence in developing countries.

Internal company documents […] show that Facebook has learned that it has not hired enough workers who possess the language skills and knowledge of local events necessary to identify objectionable posts from users in various developing countries.

As published in the Facebook Papers, the artificial intelligence that Facebook uses to eradicate hate speech not yet optimized for many languages. This has led to the viralization of violent content in countries such as Myanmar, Ethiopia, Iran, Pakistan and Afghanistan.

The lack of action to stop the distribution of hate speech is a recurring theme in the articles that were published this Monday. Internal documents reveal that only 5% of it has been removed from Facebook; when Zuckerberg told Congress in 2020 that the company removes “94% of the hate speech it encounters.”

Another very interesting article is from The New York Times. It exposes how Facebook would have great doubts about the functions that have allowed it to be what it is today: Like and Share buttons. But this is not only limited to Facebook as a social network, it also affects Instagram.

The report notes that Facebook investigated what would happen if it removed the Like button from Instagram posts; the result was a drop in interactions with posts and advertisements. The study was generated by learning that the reactions caused stress and anxiety in the youngest users of the platform. Zuckerberg and company would have simply chosen to launch a limited test to “create a positive press narrative” around Instagram.

But beyond that particular case, internal questions about how Facebook’s key functions affect users would have been the subject of long debate at the company.

What the researchers found was often far from positive. Time and again, they found that people misused key characteristics or that those characteristics amplified toxic content, among other effects. In an internal memo from August 2019, multiple researchers said it was Facebook’s “core mechanics of the product” – that is, the basics of how the product worked – that had allowed disinformation and hate speech to flourish. in the place.

“The mechanics of our platform are not neutral,” they concluded.

Facebook has not yet been able to give a fully effective response to human trafficking, according to CNN in its contribution to Facebook Papers. The aforementioned media mentions Saudi Arabia, where Facebook and Instagram profiles are used to buy and sell women for domestic servitude.

Apparently, Facebook has known about these practices at least since 2018. And it is even mentioned that, in 2019, Apple would have threatened Mark Zuckerberg and company with removing their applications from the App Store if they did not take action.

Internally, Facebook employees were quick to remove problematic content and make emergency policy changes to avoid what they described as a “potentially serious” consequence for the company.

In the documents of the social network it is clearly mentioned what living conditions face women exposed to this situation. From deprivation of food and money to physical and sexual abuse, plus the confiscation of their documents so they cannot escape. However, internally they recognize on Facebook that have “gaps” in their detection systems; and they even detail how the platforms are used to recruit, sell and buy “domestic servants.”

In fact, CNN states that it has been able to find profiles that continue with this activity, using the keywords that are detailed in the leaked information. This means that, beyond the effort Facebook makes to combat this serious problem, it has not yet developed a solution that is truly effective.

In another passage of the article it is mentioned that an internal investigation discovered a transnational human trafficking network. It used fake Facebook and Instagram profiles to attract victims; and they communicated with them through WhatsApp and Messenger. In addition, advertising expenses of more than 150 thousand dollars to place ads on Facebook related to this illegal activity.

A sustained decline among teens and young adults

The Facebook Papers they also reveal how participation metrics would have fallen among the youngest. A report from Bloomberg On the subject, it indicates that, in the United States alone, the time spent by adolescents on Facebook fell by 16% year-on-year. While the drop was 5% in young adults.

The other data that causes concern in the company is that fewer and fewer teenagers are registered. It is even mentioned that young people are taking longer and longer to open a Facebook account. Just as those born before 2000 opened their accounts when they were 19 or 20 years old, those born after that year plan to join the platform only at 24 or 25, if they even use it.

But the article also indicates that Facebook would have “inflated” reports on the number of users in the younger age groups. To do this, he would have counted the multiple accounts that correspond to the same person, and with it would have generated misleading information for advertisers and investors.

The Facebook Papers they are here to stay. The list of articles is quite extensive, but it deserves to be reviewed. Protocol has created a list with all the material that has been published to better understand what this story is about. While it is true that several of the publications touch on common themes, the data presented is truly alarming.

Facebook, meanwhile, has tried to cross the posts with various statements. Already last week it had been published a thread on Twitter opening the umbrella in the face of what was to come. The social network argues that it is a mischaracterization based on partial documents that do not reflect the internal reality of the company.

Whatever the situation, it’s clear that Facebook Papers will still leave a lot of fabric to cut.