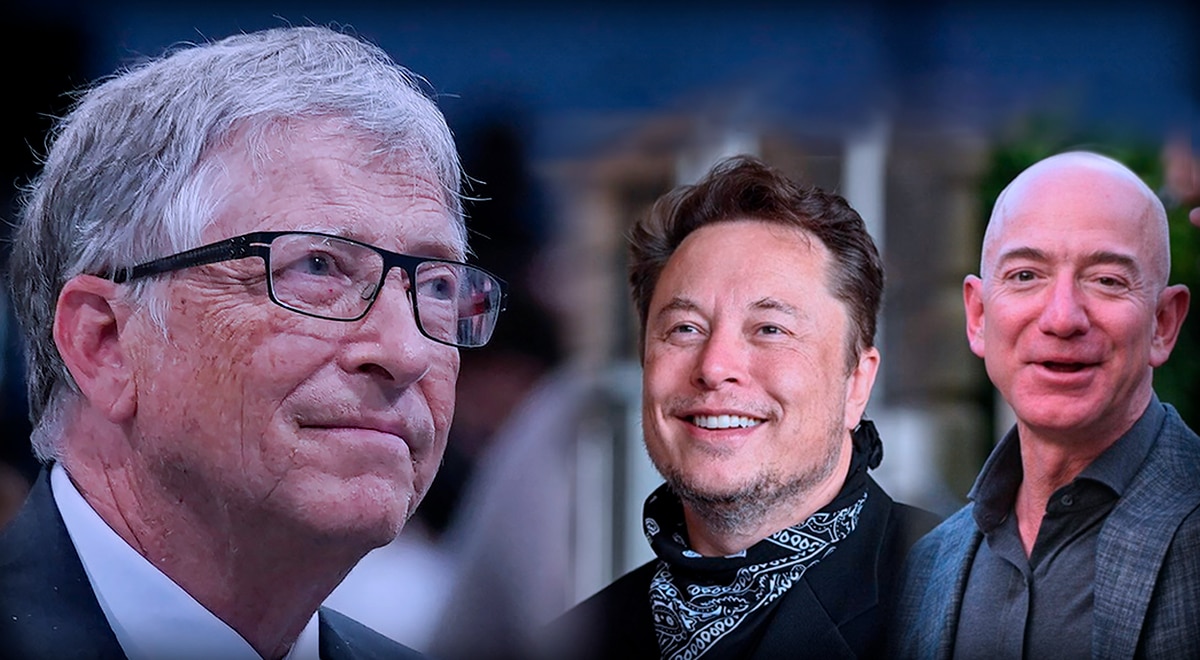 In early November 2021, Elon Musk, CEO of the companies SpaceX and Tesla, became the richest person in the world. The second sumptuous placement happened to be located by the founder of Amazon, Jeff Bezos. Nevertheless, Bill Gates, the fourth richest man in the world, could surpass the first two, even together, if he had made a different decision years ago.

Elon Musk owns about $ 300 billion, Jeff Bezos has 192 billion dollars and Bill Gates has 137 billion dollars, according to data updated to November 2021.

YOU CAN SEE: UN responds to Elon Musk with plan to solve world hunger after offer to donate US $ 6 billion

On this aforementioned list, Gates might have ended up being the world’s richest today, twice as much as Elon Musk and Bezos at the same time, if he had not sold shares of Microsoft Corp, explains the US economic news, Bloomberg.

In September 1998, when the software manufacturer became the world’s most valuable company for the first time, Gates held the equivalent of 2.06 billion shares, according to compiled data.

Gates’s stake in 1998 would have been valued today at about $ 693 billion, exceeding Musk’s net worth and Bezos’s net worth, even together. Nevertheless, The Microsoft founder sold the vast majority of his shares before leaving the board in 2020.

YOU CAN SEE: Elon Musk is so wealthy that he exceeds the GDP of more than 150 countries and territories: what are they?

In recent years, Bill Gates went from being the richest man in the world to being the fourth, surpassed by Jeff Bezos, Elon Musk and Bernard Arnault. While the first two invest their money in the space race in the hands of private companies, Gates has focused on the future of the planet and the fight against climate change.