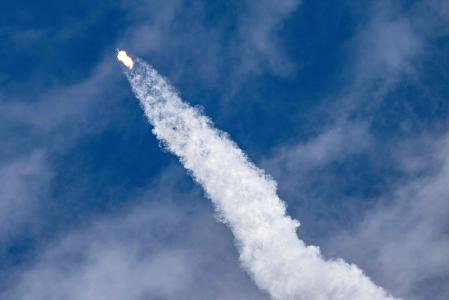 A Elon Musk he likes challenges. That’s the only way to understand arrival on Twittera social network in decay that the tycoon has set out to rescue. Another issue is whether the employer’s recipes are appropriate. Very clear he does not have it, after seeing the company lurches with the new verification system: from paying 8 dollars for the Blue service, to going back to the traditional verified account ID.

Despite the first stumble, Musk does not mind continuing to act as a kind of seer, those people who have supernatural visions or who are outside of what is considered common. During his speech at a G20 forum, the South African businessman gave his particular and crazy vision of the future of mobility: rockets and underground tunnels to end traffic congestion.

The future of mobility

The entrepreneur opted for rockets and underground tunnels as ways of the future to speed up transport and solve traffic congestion. Musk pointed to the potential of rockets capable of being launched from one ground platform to another, as well as tunneling for the transport of electric vehicles, two technologies developed by his companies SpaceX and the Boring company, respectively.

“In the long term, it makes sense to have launch pads all over the world. This would allow you to travel from one end of the planet to the other in less than 45 minutes, and to most destinations in about 20 minutes,” Musk assured during his speech. telematics at the G20 business forum held on the Indonesian island of Bali.

Without a doubt, a future that not many imagine, but that the businessman has been defending in recent years. And that generates all kinds of comments and opinions, starting with its viability. Beyond its implementation (or not), there is no doubt that the entrepreneur’s ideas are somewhat crazy, at least because they go beyond the limits of the common and ordinary.

As for the congestion of traffic and the pollution generated by road transport in many cities around the world, the technology guru stated that “the only solution in many cases is tunnels.” No flying cars because they have “too many problems” such as noise, wind, “not being ideal for safety” or “the possibility that they could fall on your head”.

Musk says that tunnels for the transit of electrified vehicles “solve many of these problems” and gave the example of the first tunnel of this type already in operation in Las Vegas (United States). “They are one of the best answers to traffic congestion in many cities, because they can be excavated in as many underground levels as necessary,” explained the businessman in his speech at a G20 forum.

Beyond his proposals, Musk was also the protagonist due to the appearance of his intervention. The tycoon appeared lit by candlelight and wearing a traditional batik shirt sent by the organizers. “We had a power outage three minutes before this call. That’s why I’m completely in the dark,” he explained.

ideas for the future

The new owner of Twitter, among other charges, was one of the most prominent figures who spoke this Monday at the business meeting of the G20which takes place on the eve of the leaders’ summit of the group of twenty major global economies in Bali.

Other participants were the president of Amazon, Jeff Bezos, who also spoke electronically; o Changpeng Zhao, the CEO of Binance, the world’s leading cryptocurrency exchange platform; and the CEO of the transport and services company Grab, Anthony Tan.

Who are the richest men in the world and how much is their fortune, according to Forbes?
Mark Zuckerberg's meta-bankruptcy
The Winklevoss attack again and want to overtake Zuckerberg and Facebook