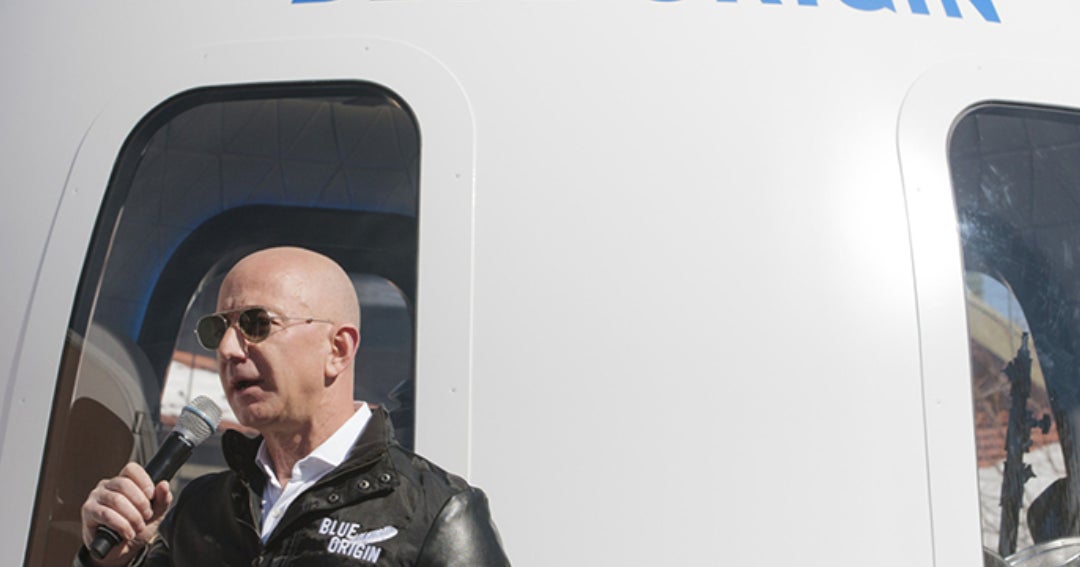 When we journalists write “the retail giant” to refer to amazon we do not exaggerate. Consulting firm eMarketer projects that for every $10 Americans will spend on online purchases this year, $4 will go to Amazon. The other 14 largest retailers, together, would only manage to capture US$3. That’s how big Amazon is.

The ubiquity of the company founded by Jeff Bezos is simultaneously the source of the accusations against him. Bad treatment of workers, impulse to hyperconsumption and consequent environmental damage, monopolistic practices, the fronts are multiple. It’s no coincidence, then, that Bloomberg dedicates the third season of his Foundering podcast to Amazon.

The series debuted this month and is on its fourth episode. Leading the series is journalist Brad Stone, who has spent the last 20 years of his career writing about Amazon. His work has been reflected in two books: “The Everything Store” (2013) and “Amazon Unbound” (2021).

Did you know that the first name Bezos thought of for his startup, back in 1994, was Cadabra Inc.? As in the spell, Abracadabra. After all, what he had in mind was something almost magical. It was the early days of the internet and the idea that we would buy everything from milk to washing machines online was unthinkable. Or, go and type in your search engine: relentless.com.

Yes, he takes them to Amazon, because that was another of the names that Bezos thought of for his company, which -aspired- to work, grow and innovate without pause. Just like he has.

Stone’s podcast is full of anecdotes like that. He also rescues audios of the first interviews of Bezosfor example, at a publishing fair in 1997. There is the voice of a young man, convinced of his idea, and with a laugh so scandalous that surely the investors from whom he sought seed capital have not yet forgotten it.

But those were other times. Today Bezos is another. Stone makes Bezos’s transformation one of the mainstays of the series. In the first episode, the origin of Amazon is told, with a Bezos who described himself as “somewhat nerdy”.

Stone tells us that he is a very intelligent man, capable of learning quickly and becoming a specialist in technical matters until he is able to discuss at the same level as engineers and programmers. He tells us that, in his graduation speech, Bezos already spoke of “space entrepreneurship.”

Then comes the expansion. Key to this was the decision to open Amazon’s (virtual) shelves to independent sellers around the world, especially in China.

Amazon went from retailer to marketplace, and all because Peter Faricy, the man Bezos chose to develop this area, discovered one day that his son and his friends were buying cheap sportswear from the US through AliExpress.

The next jump of amazon your Prime subscription service is given (now there are subscriptions for everything) and then with Alexa. The virtual assistant is the symbol of Amazon’s entry into the artificial intelligence industry, and -very importantly- discovering the potential of cloud services. Today Amazon is one of the main cloud internet providers.

For example, did you know that Netflix operates thanks to the Amazon cloud? So when we watch Netflix, we also pay a couple of cents to the fortune of its founder.

Bezos is no longer the CEO. He left office at the beginning of July last year, exactly 27 years after being in office. That decision was also part of a transformation, which Stone identifies began after Amazon’s foray into PrimeVideo.

In May 2021, Bezos surprised analysts and employees of Amazon and Hollywood, when he acquired the iconic film studio MGM for almost $9 billion. The businessman, also owner of the Washington Post (in a personal capacity), understood the importance and value of “content”. Until then, PrimeVideo had scored a couple of hits (Hello, Mrs Maisel!), but also a succession of movies and series that went unnoticed.

Yet they were enough for Bezos to suddenly be invited to Hollywood premieres, galas, and parties, and rub elbows with its stars. “Prime Video gave Bezos his first real exposure to celebrity culture, sparking a personal reinvention,” Stone says.

The unathletic “nerd” look gave way to a muscular and trained Bezos, more concerned with his appearance and fashion (although his taste is still questionable), with a new girlfriend much more “media” than his reserved ex-wife, MacKenzie.

With his commitment to streaming, Bezos sought to revolutionize the entertainment industry as he had done before with retail, the Internet and the space race. But instead of transforming Hollywood, it was Hollywood that transformed him.