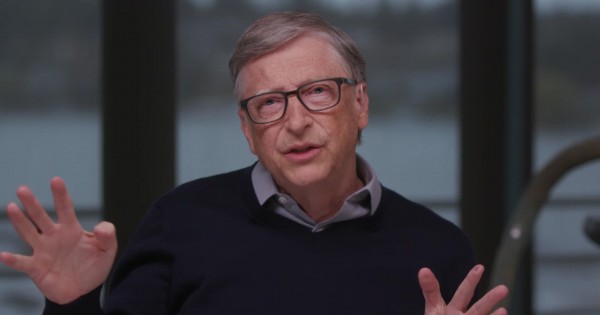 The 20th century was ending and the founder of Microsoft, Bill Gates, was encouraged to make forecast the future. He did so in his book “Business at the speed of thought”, published in 1999, with 15 predictions that just over 20 years later came true.

In his book, Gates wrote: “They will be developed automatic price comparison services for people to view prices from multiple websites, making it easy for them to find the cheapest product in any industry. “Just do a Google search and the results will show different price options from sites like MercadoLibre. Amazon or Despegar.

In his book, He also mentioned mobile devices, at a time when cell phones hardly had more functions than making calls. “People will carry small devices that allow them to stay in touch and conduct electronic business no matter where they are.” Today smartphones and other devices such as smartwatches are part of everyday life.

“People will pay their bills, manage their finances and communicate with their doctors online,” he wrote. The pandemic finally proved the correctness of this prediction and last year telemedicine managed to establish itself around the world Also payment and finance services such as Mercado Pago were already going strong and in 2020 they had exponential growth.

4. Personal assistants and the Internet of Things

Gates also anticipated “personal companions” that today are reality with assistants such as Alexa, Siri and Ok Google.

“Video broadcasts from your home will be common and will inform you when someone visits you while you are away.” Currently surveillance systems are increasingly common that allow you to see what happens at home while you are elsewhere.

Gates raised that there would be “private websites for friends and family that allow you to chat and plan events“A fairly accurate description of what would begin around 2006 with sites like Facebook and Twitter, to which today we must add WhatsApp, TikTok or Instagram.

open software that will know if we book a trip and use that information to suggest activities in our destination “, is a fairly close description of how Google notices work.

“While watching a sports competition on television, We can discuss what is happening live and participate in contests where we will vote who will win“says his book. A postcard of what happens every time there is a prominent event that becomes a trending topic on networks like Twitter.

“The devices will have smart advertising. They will know your shopping habits and show ads according to your preferences,” Gates said in 1999. This is the way Google and Facebook work. All lAdvertisers can target users based on their interests, history and buying habits.

“LThe television broadcasts will include links to websites and complementary content“, said the founder of Microsoft. Today it is not only true, but many incorporated the link by means of a QR code, which allows you to go to the site just by scanning it on your cell phone.

“Citizens will be able to have online discussions about the issues that affect them,” Gates anticipated. Participation in public debate through social networks is increasingly common. The networks are even used as a means of placing issues on the political and media agenda.

12. Online communities based on interests

For him, the geographical location would become insignificant. “Online communities will be influenced by people’s interests, not their location,” he wrote. Platforms like Reddit offer their users the ability to create their own communities.

“Project leaders who want to build a team could recruit people online and receive recommendations,” he said in his book. The truth is that they already exist platforms to optimize work, recruit staff and assign tasks to each team member. And not only that, the pandemic put them to the test and they came out unscathed.

“Those looking for work will be able to find opportunities on the internet by stating your interests, needs and abilitiesLinkedIn, the social network for professionals bought by Microsoft, has already reached 500 million users and there are hundreds of other sites that allow you to search for work online.

15. Platforms for the business community

Gates imagined that in the future companies could contact each other to organize projects together. Today, Platforms like UpWork allow any company to get in touch with designers, writers or engineers to do jobs they don’t normally do.