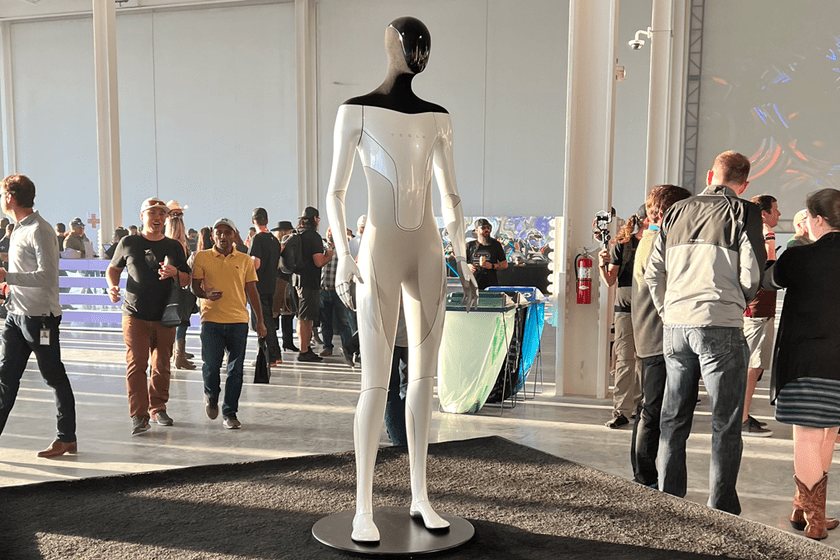 The Tesla Bot also known as “Optimus”, which was presented by Elon Musk during “AI Day” in August 2021, will start production in 2023. At least that’s the statement that the CEO of Tesla gave during the opening of his new assembly plant of vehicles in Austin, Texas.

According to Musk, the humanoid robot capable of being used in a “wide range of tasks“, will have its version number one that will be manufactured “hopefully” next year.

So far the only preview of Optimus that exists is a presentation video launched with the announcement of the robot last year, and a working prototype has not been shownnor is the level of development that it has at this moment of it known.

Musk noted that Optimus will eventually have the ability to do “anything humans don’t want to do” and even suggested that the robot will be able to “transform the world” to a greater degree than Tesla cars.

In a recent interviewElon Musk elaborated more on the capabilities of the robot, noting that it would have the ability to “download” the brain capabilities of a human being, allowing from preserving memories and personality of an individual.

What we know about the Tesla Bot

In its original announcement it was announced that Optimus would have measures of 1.68 meters tall, weighing approximately 56 kilos and a screen to interact located at head height.

On that occasion it was even reported that would use the same chips and sensors present in cars of the company, to perform autonomous driving functions.

Some specifications of the Tesla Bot

Earlier this year Musk also noted that this robot had “the potential to be more important than the vehicle business over time“, especially if he is able to perform tasks that so far only humans can do.

For now, ‘Optimus’ is just a person wearing a breakdancing robot suit.

According to Artificial Intelligence researcher Gary Marcus, no robot can complete all human tasks by the end of 2023 and Tesla hasn’t even completed autonomous driving.

Also, this wouldn’t be the first announcement from Musk that doesn’t come through in his intended timeline, for example, in 2019 said by 2020 there will be a million autonomous robotaxis of Tesla on the roads, which until now do not exist.

In the case of SpaceX, it also disclosed a launch window for the Starship flight in November 2021, that for now does not have a date for its takeoff.

Tesla’s humanoid robot will arrive in 2023: Elon Musk assures that ‘Optimus’ will start production next year