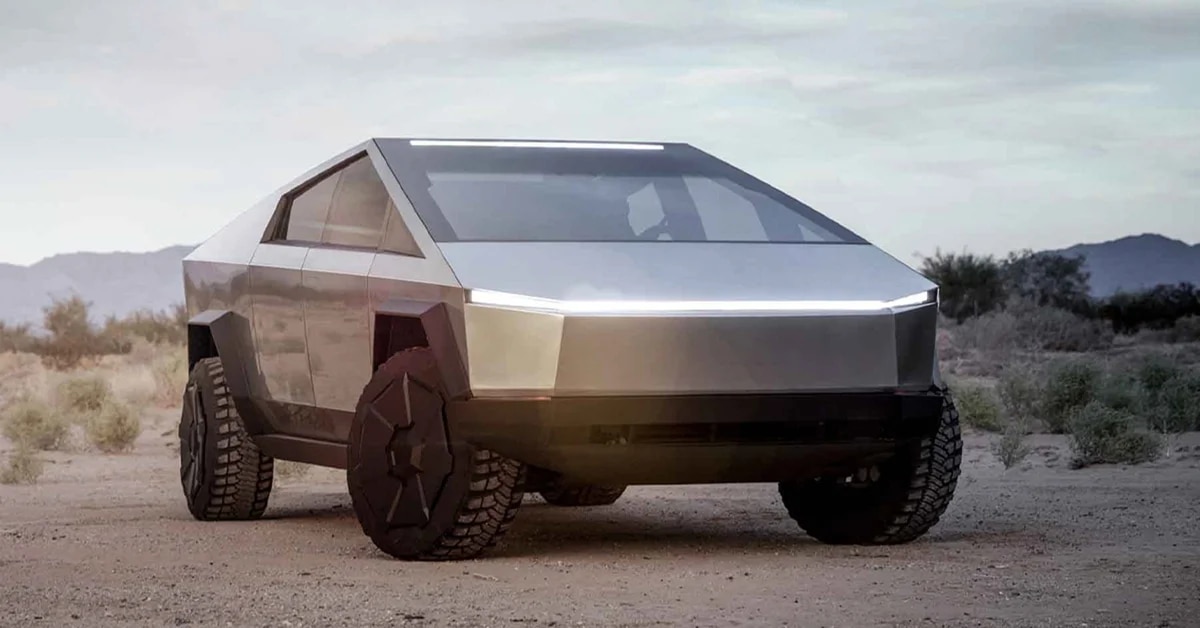 Tweet
Share
Share
Pin
As shown from the start on the outside, but very different on the inside, the Cybertruck embraces new technical specifications to get closer to the competition.

One of the keys to trade is to generate desire for the consumption of the good that you want to sell. That is why marketing was invented, which often focuses entirely on indirect actions that position a product so that it is desirable for what it represents. It happens with the most expensive and elegant brand of watches, cars or computers or cell phones in the world.

But for Elon Musk there are other ways of doing marketing, by the way very personal, that seem to work too. For two years, the automotive world has been waiting for the most eccentric pick-up to arrive in production that has been seen in history, and of course it is electric, which stands out for its completely radical design: the Tesla Cybertruck.

Elon Musk introducing the Cybertruck two years ago. The delay in producing it generated more expectations and at the same time allowed it to be updated according to its rivals

The postponements of the manufacturing start date have been repeated, and for different reasons. The last one, for the lack of microchips that afflicts the industry, and from which Tesla it cannot be exempt. But at this stage of events, it could be that those were just excuses, and while the industry waited to see if it was Tesla, Rivian, Ford (F-150 Lightning) The GM (Hummer EV), the first factory to launch a pick-up 100% eléctrica, Musk was changing Cybertruck specifications to adapt its offer to a market that it wants to lead, as it learned details of the competition.

Thus, of the three initial versions of the Cybertruck with 1, 2 or 3 electric motors that increased power, towing capacity, range and, of course, price up to $ 70,000 for the Plaid version, it is now going to the Cybertruck with 4 motors, one per wheel, which, according to Musk himself, it will be the first to go on sale.

“Initial production will be a four-motor variant, with ultra-fast torque control independent of each wheel”, has announced Elon Musk, who hinted that this would be the specification of the Plaid version, which was already known, would be the first to arrive.

This change seems respond to the great rival that Tesla has as an original and specific producer of electric vehicles, Rivian, which has already launched and is selling and delivering its pick-up Rivian R1T, which has precisely one motor per wheel, and that it had outperformed the more highly-equipped model of the Cybertruck.

Just as the Hummer EV can turn its rear wheels, the Cybertruck will do so from its first model in 2023

But it is not the only solution that Tesla adopts to the new configuration of your pick-up, because also seems to have taken from the Hummer EV another technical characteristic, when announcing that the vehicle will have rear wheels steered in both directions. This means that they will be able to turn in the opposite direction to the front to turn in a much tighter radius, or in the same direction, and move the vehicle diagonally, with the famous “Crab mode”.

The “Crab Mode” allows both trains to turn to the same side, moving the vehicle diagonally

And in case this was not enough, The Cyberturck will incorporate another feature of both models, which is to rotate on a vertical axis, when forwarding the two right wheels and reversing the two left wheels. A way to change direction in very little space, from the war tanks with their independent tracks one of the other.

Could it have been real delays that took almost two years for the Cybertruck to appear or was there a double game of generating desire and at the same time letting the competitors show their cards to respond better? Only Elon knows …

Tesla Cybertruck will have changes that copy ideas of its rivals