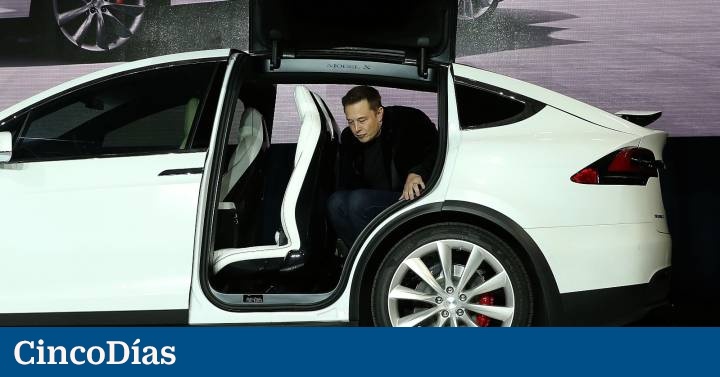 Electric vehicle maker Tesla was able to spot a niche market more than a decade ahead of its competitors, positioning it very well in the consumer mindset.

As he explains to Five days The director of the Academic Department of Communication and Advertising of ESIC, Oliver Carrero, the brand works “very well three concepts of capital importance” in the fields of communication and marketing. First of all, sustainability with its commitment to charging points supplied by renewable energy. Carrero points out that the second point is “exclusivity”, “since having a brand model is not available to everyone” due to its high price. The range of the firm starts with the Model 3, which it calls its ‘low cost’ model from 52,420 euros, while the Model S can reach up to 130,000 euros.

The ESIC University Communication professor also indicates that the “stress factor” makes the brand more attractive to consumers, due to the shortage of units. “It is a circumstance that, psychologically, activates the purchase levers of the users. And to all this, we must add the noise generated by the company at the media level, due to its success on the stock market, or due to the investments of Elon Musk [su fundador] in the aerospace industry, with the SpaceX project, for example ”, he argues. For his part, Guillermo García-Badell, director of the Madrid Superior Center for Fashion Design at the Polytechnic University of Madrid, considers that Tesla “plays many keys that awaken the emotions of today’s society.”

“Technology, innovation, design and sustainability are words that are on everyone’s lips, we approach them from a university field, but Tesla has managed to make us identify them with its image. This is the most difficult thing for a brand, having a very defined personality that represents, on the other hand, values ​​with which we all agree ”, he details.

Leader in the Stock Market

Tesla was founded in 2003 and it was not until 2020 that it achieved the first annual profit in its history, with almost 600 million euros and compared to the losses of 712 million it registered a year earlier.

In fact, that same year the company was able to offset a 1.4 billion euro item to Musk linked to its performance on the stock market. Revenues were 26,710 million euros, after selling almost half a million vehicles worldwide. Currently, the North American firm has a capitalization of 588,743 million euros, well above giants in the sector such as the Volkswagen group (141,420 million euros) and Toyota (203,291 million euros).

In addition, analysts see in its new factories and in the renewal of models the path of a more solid profit that does not depend on the sale of emission rights or bitcoin, a virtual currency of which it announced in February that it had bought 1.5 billion euros. dollars and that he would accept it as a form of payment. However, Musk surprised in May through Twitter (his usual communication channel) with which he rejected the purchase through bitcoin alleging “the rapid increase in the use of fossil fuels for mining and bitcoin transactions, especially coal” .

Now, Tesla is preparing a compact or utility model that will be around $ 25,000 (21,000 euros) to compete with models with higher sales volumes such as the Volkswagen ID.3, the Nissan Leaf or the Kia e-Niro.

The company has also ‘stormed’ China with its first giant battery production factory outside the United States and is about to build another in Berlin.

Carrero highlights that Apple and Tesla are based on a visionary, Steve Jobs and Elon Musk, respectively, and that where they have the greatest relationship is in the context in which they want to develop their products.

“They are companies that strive to generate an ecosystem, where to control, not only the production and sale process, but the maintenance and loyalty process,” he says.

However, García-Badell thinks that, for now, Tesla “plays another game” and that he is still building that “aspirational image.” “It must be kept completely inaccessible. I have no doubt that, to remain successful, Tesla will also have to consider that challenge, how to sell more accessible products and continue to be perceived as the image of luxury, “he says.