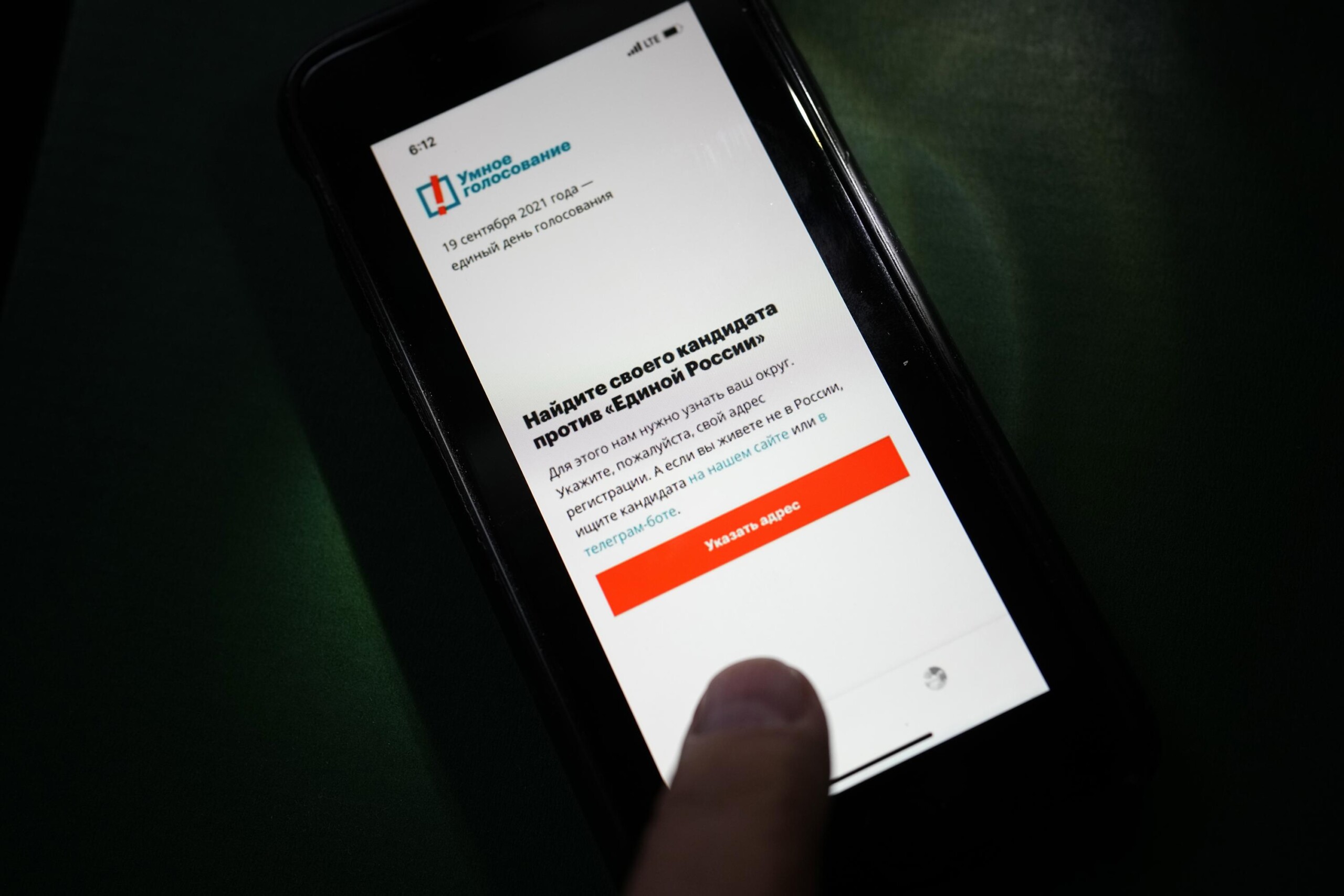 BERKELEY, California, USA (AP) – The world’s great technology companies have promised to abide by the laws of each country while respecting the principles of democracy and human rights. However, when Apple and Google accepted Russian requests to remove an app from the opposition, allegations surfaced that the companies are forgetting those promises in favor of financial gains.

The app, called Smart Voting, became a tool for organizing the opposition ahead of last weekend’s Russian elections. But tech companies pulled it out, prompting complaints from democracy and freedom of expression activists.

“This is bad news for democracy and for dissidents around the world,” said Natalia Krapiva, legal adviser for Access Now, a group that advocates for freedom of expression on the internet.

“Most likely other dictatorships now follow Russia’s lead,” he added.

Large technology firms – service providers such as apps, searches or social networks – have long had to walk a legal tightrope in the least democratic countries of the world. As Amazon, Microsoft, and Facebook have increased their power in recent years, so have governments willing to harness that power for their own ends.

“This is the most emblematic example of political repression,” estimated Sascha Meinrath, a professor at Penn State University who is an expert on internet censorship issues. Google and Apple “have now increased the possibility of this happening again.”

Neither Apple nor Google responded to requests from the AP for comment, not last week when they made the decision, nor this week.

According to a person familiar with the matter, Google received legal pressure from Russian regulators and threats of criminal proceedings against its employees if it did not obey Russia’s orders. He added that Russian police officers went to Google’s Moscow office to verify that the app was being blocked. The source asked not to be identified due to the sensitivity of the issue.

The same Google employees have criticized the company for having been subservient to the government of Vladimir Putin, posting messages and images on internal networks denouncing the removal of the app.

That internal reaction time has become increasingly common, as employees believe that Google in recent years has been violating its founding slogan of “Let’s not do evil” formulated by founders Larry Page and Sergey Brin 23 years ago. Neither Page nor Brin – whose family fled the Soviet Union for the United States when he was little – are involved in Google’s decisions today, and the motto has long been forgotten.

Apple, meanwhile, says on its website that “Commitment to human rights” is one of its values, but a careful reading of the rules on the portal indicates that when legal obligations and human rights conflict, the company will obey the local government.

A recent report by Freedom House, a Washington-based human rights group, found that online freedom of expression has been in decline for five years and is under “unprecedented pressure” as more nations have been arresting users of Internet. internet for “non-violent political, social or religious expressions”.

For the seventh year in a row, China ranked first among the most repressive regimes on the internet. But threats arise in several ways: Turkey, for example, requires platforms with more than one million users to take out “offensive” content within 48 hours of receiving the report, otherwise they face penalties ranging from fines, advertising blocks and limits on your access to broadband.

Russia, for its part, “added more rules to the labyrinthine scheme that it already had and that technology companies have been forced to navigate,” said Freedom House.

Even internet freedoms in the United States have declined in the past five years, according to Freedom House, citing as examples conspiracy theories and disinformation related to the 2020 elections, and the arrests and harassment of protesters against racial injustice.

Big tech companies have long agreed to obey local laws about removing content and other topics in order to operate in those countries. For example, in Germany they must block content that denies the Holocaut and in Europe in general, they are prohibited from blocking opposition parties, as in fact they did in Russia.

The blocking of the app in Russia prompted complaints from opposition politicians. Leonid Volkov, an advisor to jailed opposition leader Alexei Navalny, wrote on Facebook that the companies “gave in to the Kremlin’s blackmail.”

A Navalny ally, Ivan Zhdanov, expressed via Twitter that Navalny’s team is considering suing both companies. He also scoffed at the decision, stating: “What we expected: For the government to turn off the internet. What happened: The internet, in a panic, turned itself off. “

The criticism may lead companies to reconsider their presence in Russia. Google made a similar decision in 2010 when it left China after the government there began censoring YouTube searches and videos.

Russia is not a major market for Apple, whose annual revenue this year is estimated at $ 370 billion, or for Alphabet, Google’s parent company, whose revenue is projected at $ 250 billion this year. But in the end, profits are profits.

“If you want to take the correct position when it comes to defending human rights and freedom of expression, you are going to have to make difficult decisions as to whether you want to stay in that market,” said Kurt Opsahl, legal adviser at Electronic Frontier. Foundation, a group that defends rights on the internet.

Ortutay reported from Oakland, California. AP correspondents Daria Litvinova in Moscow and Kelvin Chan in London contributed to this report.