starlinkone of the millionaire companies Elon Muskwhich provides service Internet The high-speed service in the world will be available in Guatemala from 2023, as can be seen on the company’s website.

The company details that Starlink is the most advanced broadband internet system in the world, thanks to a “satellite constellation” that uses low Earth orbit to offer the service that allows streaming content, playing online and doing video calls, among others.

“Using advanced satellites and user equipment, along with our extensive experience in spacecraft and in-orbit operations, Starlink offers high-speed, low-latency internet to users around the world,” the company’s website reads.

It should be remembered that Musk owns companies such as Tesla Y SpaceXan aerospace manufacturer and space transportation services. Now he is also the owner of Twitter.

According to the Starlink coverage mapthe service will be available in Guatemala from 2023, although an exact date is not specified or in which quarter of the year it will be.

In the case of El Salvador and Panama, it is mentioned that the service will start in Q4, fourth quarter of 2022, while in Costa Rica from Q1, the first quarter of 2023.

In some areas of Guatemala, on the border with Mexico, Starlink is available, due to its proximity to that country, but coverage is expected in the rest of the territory as of 2023.

How much does Starlink cost?

When requesting the service on the Starlink page, it is mentioned that the order can be placed now to reserve the equipment, since the company plans to increase the availability of service in the area in 2023. It adds that availability is subject to regulatory approval and that orders will be filled on a first-come, first-served basis in each coverage area.

In publications in various media specialized in technology, it is mentioned that this payment is for the equipment used to connect to the satellites, but there is also a monthly cost for the service.

In countries like Mexico, and others, Starlink reduced the service contracting and monthly fees to almost 50%, according to local media reports in August 2022.

In that country the monthly cost for the service was US$99, but now it is US$55.

The cost of the equipment was also reduced by almost 50%, and shipping and handling, which was about US$60, was waived.

Starlink consists of a kit that contains the equipment that each person must install at home and thus receive the signal from the satellites.

All include at least:

According to the Starlink site, this service is without a contract and you can do a trial for 30 days, and if the customer is not satisfied, return the equipment and receive a full refund of the price of the kit. 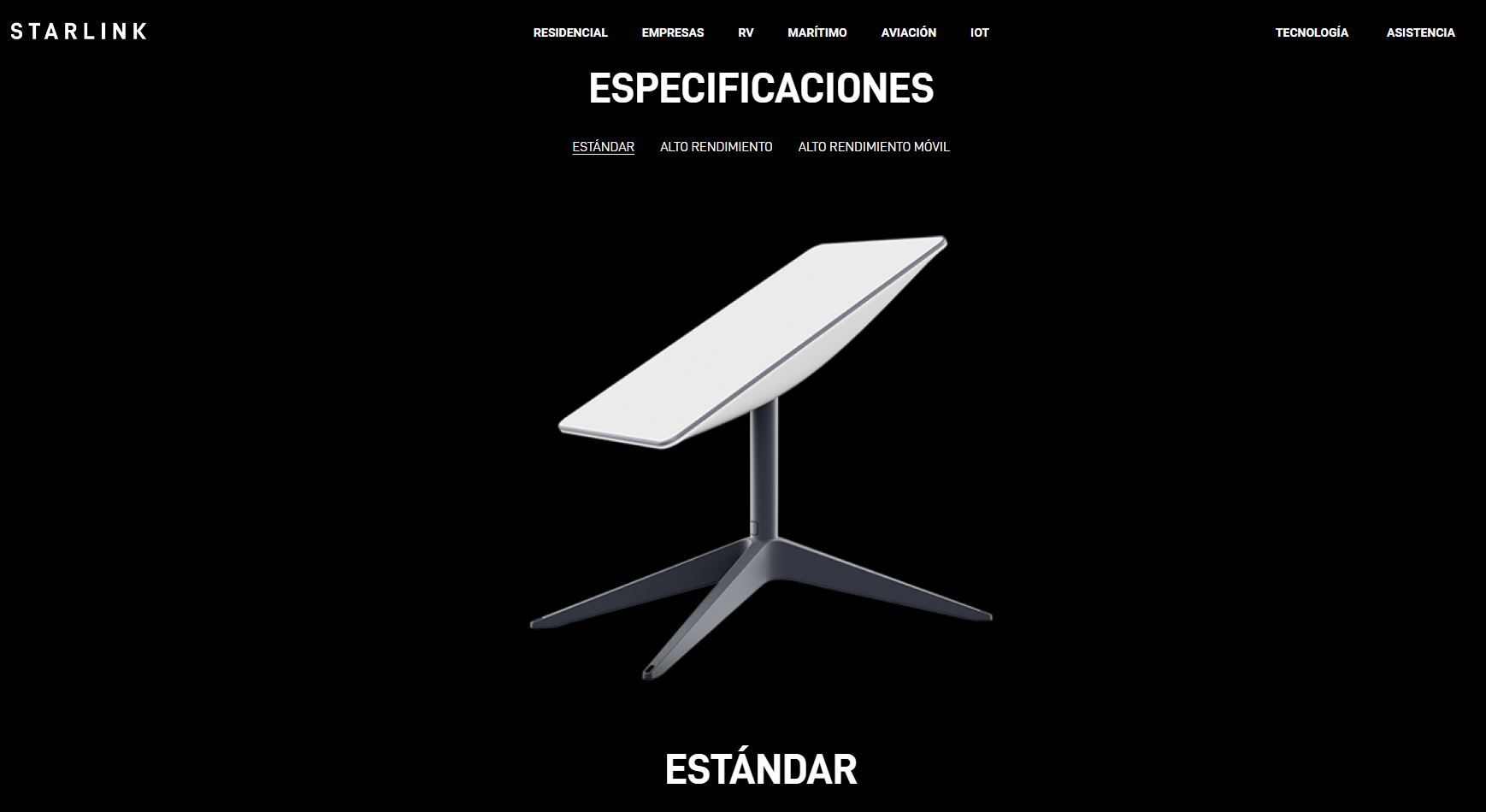 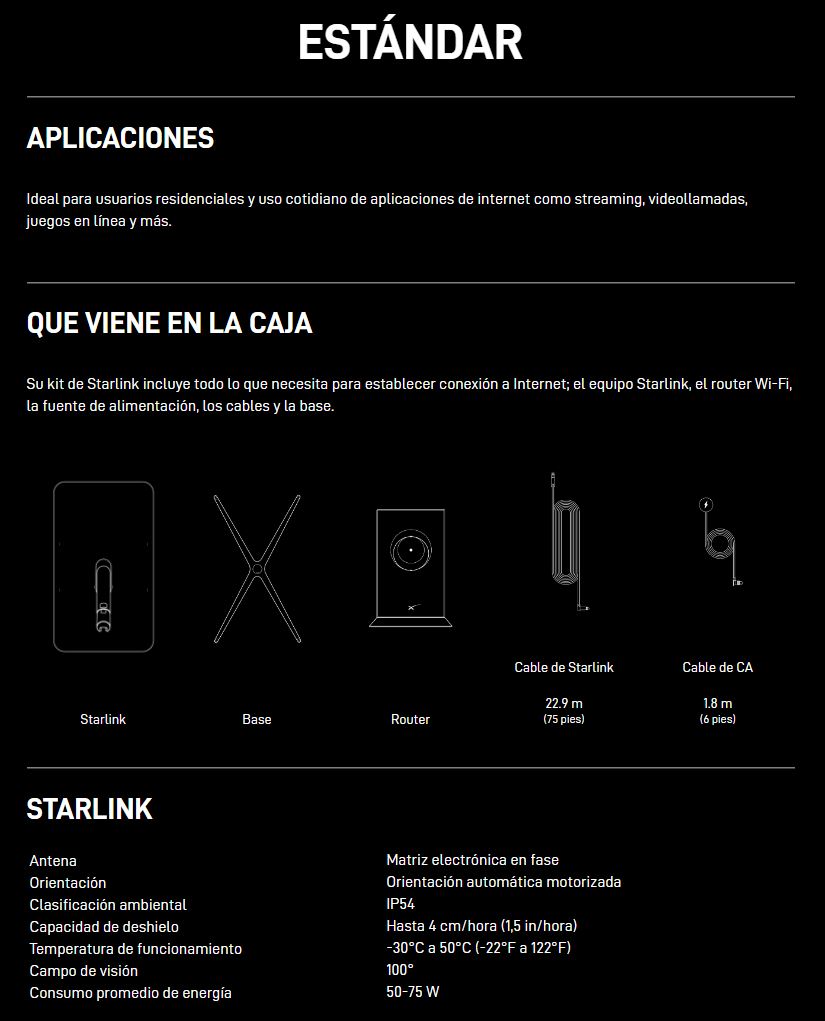 The company details on its site that the majority of satellite internet services come from unique geostationary satellites that orbit the planet at more than 35 thousand km and therefore the data transmission time (round trip) between the user and the satellite It is very high. This delay is known as latency and that affects when it comes to streaming, gaming online or making video calls or other data-intensive activities.

He adds that Starlink has thousands of satellites that orbit the planet, many close to the earth, about 500 km away, and they cover the whole world, and for this reason the latency is much lower, around 20 ms, compared to an average greater than the 600 ms of other services. 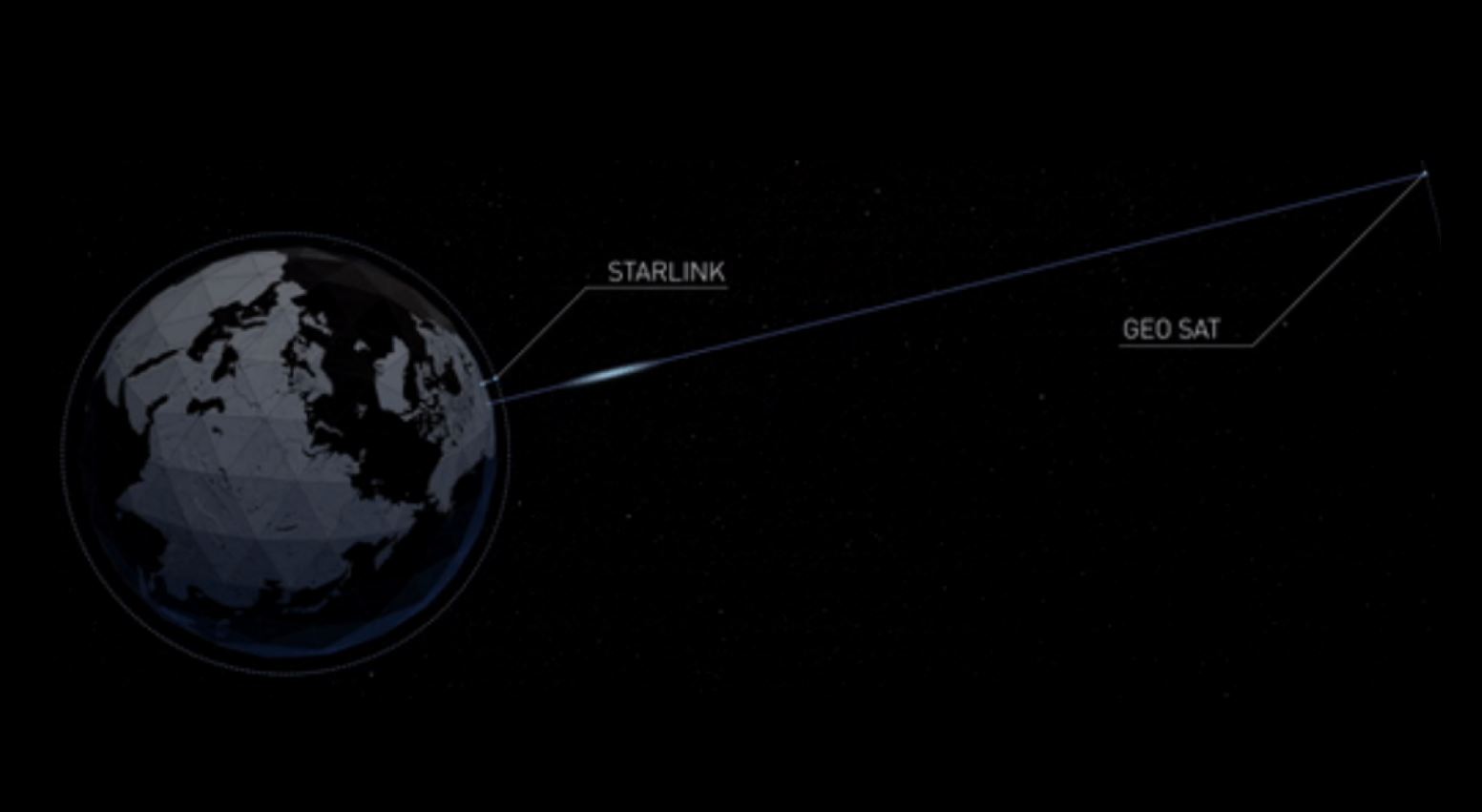 The Starlink antenna can withstand extreme heat and cold, hail, sleet, heavy rain and hurricane force winds, and can even withstand rocket engines, according to the website.

The Internet connection speed, according to various specialized media, is between 100 and 300 megabytes, but could be higher.

Starlink Guatemala: Elon Musk’s satellite internet service that will be available in the country

Bezos donates $ 100 million to Obama Foundation
bill gates made me laugh
Mark Zuckerberg, worried about TikTok and about to leave the top of the richest