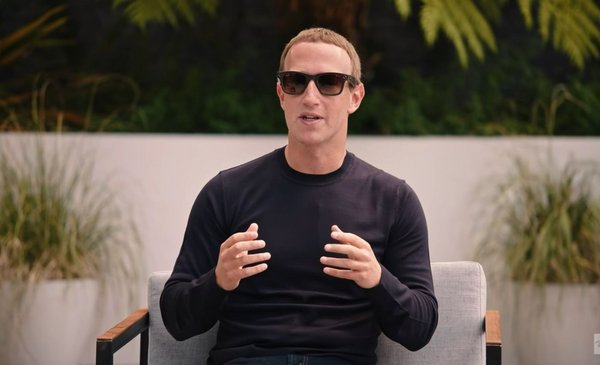 Facebook and the iconic eyewear brand Ray-Ban launched their new smart glasses on Thursday, a technology that has raised fears in the past about invasion of privacy, but what the social media giant sees it as a step towards its future.

The “Ray-Ban Stories” lenses can take photos and videos with voice commands from the user, while the frames can be connected wirelessly to the Facebook platform through an app.

“We took our Wayfarer (frames), born in 1952, and reinvented design to insert great technology into it,” said Fabio Borsoi, global director of research and design for the EssilorLuxottica group, maker of Ray-Ban.

In this way, Facebook enters a market that Google Glass has already seen in 2013 but which provoked a harsh reaction to the invasion of privacy that involved the built-in cameras and led the tech titan to divert the attention of the general public away from the device.

Messaging app SnapChat also released its camera-equipped Spectacles, but they’re pricey and have struggled to keep up with tech-savvy people.

In particular, the Ray-Ban Stories glasses will not have augmented reality features, technology that combines computing with visual cues to create maps or perform facial recognition.

Instead, lenses are a first step towards creating glasses that will add to real world visions with data or internet graphics in the future, as previously explained by Facebook CEO Mark Zuckerberg.

The company had said in July that it was combining expert work from all of its hardware, games and virtual reality units to build a digital world known as a “metaverse.”

The cameras are built into the front of the frames, while the temples are designed to act as directional speakers for listening to calls or sound transmissions.

In an attempt to protect privacy, a white light glows on the front of the frame when the camera is used, which alerts people that they could be filmed.

Users can take a photo or video of up to 30 seconds by pressing a button on the temple or using a voice command.

“We need to the user feels completely in control of their shooting experience“said Hind Hobeika, product manager for Facebook Reality Labs.

“And similarly, we need the people around them to feel comfortable that these smart glasses exist and to always be aware of when a capture is taking place,” Hobeika added.

The lenses also have a physical switch to turn them off.

Users can log into the app Facebook View of the glasses using their accounts on the social network.

The frames of the Ray-Ban Stories sync wirelessly with a smartphone app specifically designed to handle images or videos captured by the lenses.

Users can decide to use the application if they want to share images or videos that they have just captured, such as posting them to Facebook or attaching them to an email.

Only the data necessary to run the application is collected and the information is not used for advertising purposes, Hobeika said.