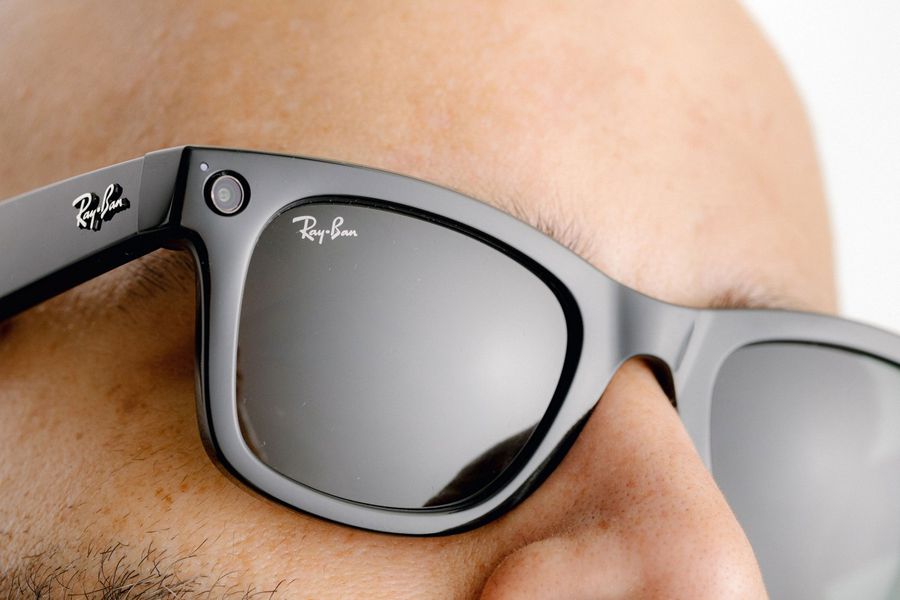 You can record and share videos, listen to music, and make calls. The American company Ray-Ban has just launched Ray-Ban Stories, smart glasses developed together with Meta -as Facebook is now called-, which promise to “capture the world as you see it”, but at the same time have put into question how ethical and safe it is to use them.

Unlike other smart glasses available on the market, such as Google Glass or Snapchat shows, the Ray-Ban Stories look like the brand’s classic sunglasses in its Wayfarer, Round and Meteor models, available in various colors and also as prescription lenses. The pair of Ray-Ban Stories starts at $ 299 and they are already on sale through their website.

Among the features of these new glasses are the two small five megapixel cameras with automatic light adjustment to capture a better image, and an LED light that indicates when you are filming. On the sides it has two speakers that allow you to listen to music or calls and, in addition, it has 3 built-in microphones to make calls and control the device by voice.

“The Ray-Ban Stories are projected as a hybrid between headphones / microphones and camera. Question that can be useful for people who want to create content and are active ”, comments Felipe Ovalle, creator of the OhMyGeek! and technology specialist.

However, despite having a camera and a system to make calls, the device does not replace the smartphone, since it needs it to work. “It would need to be another product,” adds Ovalle. In this way, the Ray-Ban Stories work through the Facebook View system, an application that stores the content and allows it to be edited, to then share it through the different social networks such as Facebook, Instagram and WhatsApp.

But they are not the first smart glasses to hit the market. Google had already done it before, but the social network Snapchat was also one of the forerunners in using this type of resources on these platforms. In addition, in this last year, the Chinese firm Xiaomi announced that they have a prototype of smartglasses in development. This added to the supposed glasses in which Apple is working.

“The smart glasses market is several years old. The problem has been that this has been led by technology companies that wanted from the beginning to set the bar very high, or concentrated on their own ecosystem without having a backing, an issue that led to many failures over a vision of resilient products that they could see a more fruitful path ”, explains Felipe Ovalle.

In addition, the Ray-Ban Stories come at a complex moment for Meta. Recently the leak of the “Facebook Papers” showed that the company knows the damage caused by some of its platforms to users. Meanwhile, former employee Frances Haugen accuses them of putting “growth above safety” of their users.

“The Ray-Ban Stories come at a bad time for Facebook due to its questionable interference with privacy and although it may be a good product, and that it has the confidence and physical construction of a historic luxury eyewear company, it is still its another half (the technological one) that generates antibodies ”, says Felipe Ovalle on this point.

The launch of the Ray-Ban Stories has not been without controversy due to the fact that people could be filmed or photographed without them knowing or realizing it. What about people’s privacy? Do you cross the line of ethics when using them?

Juan Carlos Lara is a lawyer from the University of Chile and co-executive director of the NGO Digital Rights. For him, the market introduction of devices such as the Ray-Ban Stories presents several problems that range from legal and ethical, to the security of user information.

“It is important to consider that these are technological advances and as such they are very difficult to stop. Society as such faces a series of challenges and some of these are taken up for legislation and others respond rather to social norms, ”says Lara.

The lawyer adds that it is not only about having a device to record audio and video, but it also requires the consent of the people. “I cannot record a person without their consent inside their home, that is illegal. At the same time, if I walk on public roads, it is very difficult for me to obtain the consent of each of the people who pass by and that poses a legal difficulty regarding the use of these devices, ”he explains.

The use of Ray-Ban Stories also affects transparency, says Danielle Zaror, a lawyer at the University of Chile and researcher at the Center for Studies in Computer Law. “When the creators point out that the device” alerts “when it is recording or taking pictures, or a microphone is turned on, it presumes that the people around it know that such characteristics are in progress and this is unreal. Today there is an important group of people who ignore the development of technology in general and with greater these characteristics in particular ”, he details.

But, how can a person filmed by Ray-Ban Stories in Chile be legally protected? There are two aspects to consider. The first has to do with the Personal Data Protection Law. “The image of a person’s face or the record of any of their physical characteristics constitute personal information and therefore require prior consent,” explains Lara. On the other hand, there is article 161-A that rightly considers it a crime to register a person without their consent in a private space.

For its part, Meta has not been silent in the face of criticism that has arisen after the release of the Ray-Ban Stories. And it is that Mark Zuckerberg’s company has said that the smart tools of these lenses can be turned off, that is to say that the camera and the audio record are deactivated when, for example, you are in a private space.

In addition, in the privacy policies of the Ray-Ban Stories, the company that owns Facebook seems to have been especially careful to avoid more problems than it has already had to face. “Ray-Ban Stories smart glasses and Facebook View are ad-free experiences, so you won’t see ads when wearing the glasses or the app. And we do not use the content of your photos and videos for personalized ads. If you share content with any other application, the terms of that application will apply, ”the company notes.

In what way, then, can we use this technology in an ethical way? The responsibility for now rests with the users of the Ray-Ban Stories “who must warn or notify the people around them that they are using this type of device”, says Zaror. Special care must be taken in private spaces, such as work meetings, medical consultations, or other people’s homes. Also when it comes to being in front of children and adolescents, whose rights are especially protected.

However, the matter loses control when it comes to public space and that void must be attentive “because the subject is going to become a potential surveillance agent,” concludes Zaror.