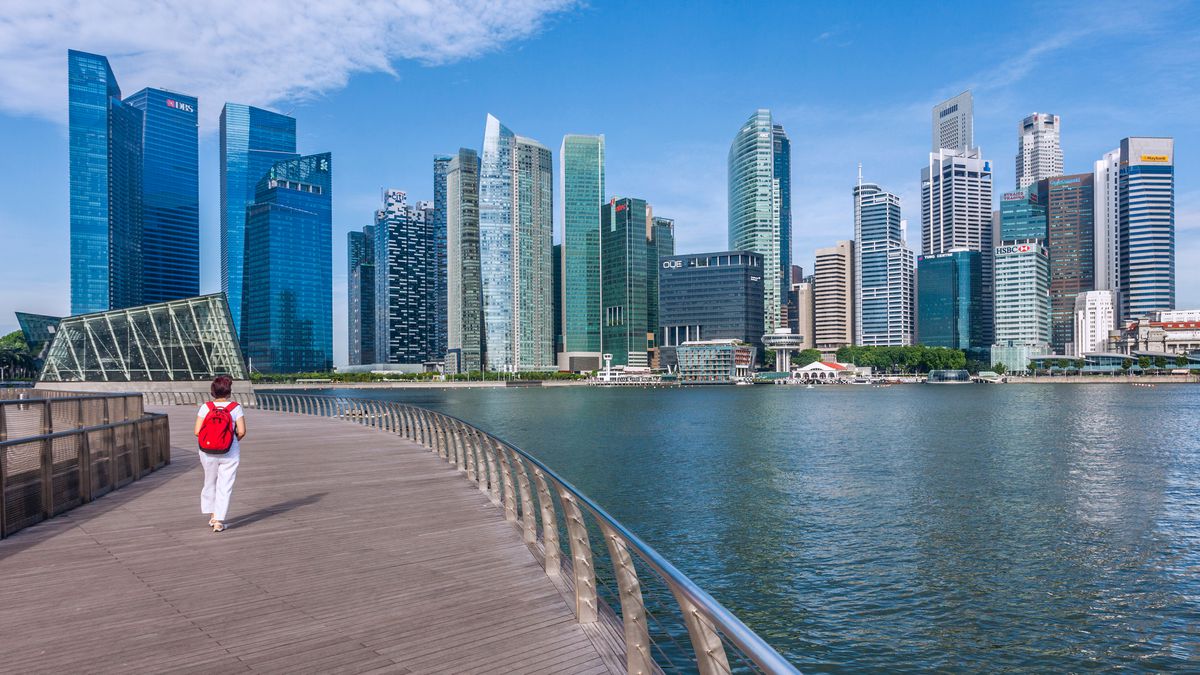 The fourth richest nation on the planet, according to purchasing power per capita of its inhabitants, it does not exceed in its dimensions the one branded as the capital of the world, New York. A member of the select club of city-states, along with the Vatican and Monaco, Singapore has just 5.7 million inhabitants, and of these, 42 permanent residents have reached or exceeded the threshold of US $ 1 billion (slightly less than 850 million euros).

In August the magazine Forbes published the list of the 50 richest people who live in the island country, fifty privileged people who amass a joint fortune that exceeds 208,000 million dollars (175,550 million euros) and who found in 2020 a perfect niche to expand their wealth amid the current global health crisis.

Chinese naturalized Singaporean Li Xiting is the richest human being in the so-called City of Lions and the 82nd on Earth, with a net worth of 23,000 million dollars (19,500 million euros). The founder of the biomedical company Mindray Bio-Medical Electronics, who entered the ranking from Forbes A year ago, it has seen its capital increase thanks to the demand for respirators and other medical supplies necessary to combat covid-19.

Li has ousted this August the marriage of Zhang Yao and Shu Ping, also Chinese with Singaporean passports, owners of the food empire hot pot Haidilao, who have fallen to fourth on the list after their joint wealth fell from $ 19 billion to $ 16 billion (from € 16 billion to € 13.5 billion). This chain of restaurants has almost 1,300 establishments in China, Singapore, Japan, South Korea and the United States and the key to its success is in customer service: waiting rooms converted into cinemas, spaces in which to get manicures , robots that collect the dishes, waiters that dance when serving noodles…; a whole gastronomic experience that is increasingly closer to science fiction.

Two seats above the pair, with a net worth of $ 20.5 billion, more than 17,300 million euros, the second richest resident of Singapore is Eduardo Saverin, co-founder of Facebook along with Mark Zuckerberg. The 39-year-old entrepreneur, born in São Paulo and raised in Miami, renounced US citizenship in 2012, two years after arriving in Singapore. In contrast to the image of him shown in the Hollywood movie The social networkSaverin says that what really moved him to stay in the country was his love for Elaine, his wife, and for the city. His detractors, however, insist that the main reason was tax evasion. The businessman leads a life that he can afford with his profuse coffers: he moves in Bentley, has a fixed table in an elite nightclub and open accounts in bars that amount to 50,000 dollars, according to Forbes.

The oldest of these billionaires closes the podium, the 94-year-old Singaporean Goh Cheng Liang. Goh started from scratch, opening a paint store in 1955. In 1962, he signed an agreement to be Singapore’s first supplier of products for Japan’s Nippon Paint Holdings, the world’s fourth largest paint manufacturer. This nonagenarian amasses a fortune of 18,600 million dollars (about 15,700 million euros) in 2021 thanks to the fact that his son, Goh Hup Jin, current president of said Japanese firm, orchestrated an agreement this year for 12,000 million dollars (10,100 million of euros) to make both of them the majority shareholders of the company.

For these privileged and those who follow them on the list, paradoxical as it may be when you think of someone who has everything to allow themselves the luxury of leading an extravagant lifestyle, the 721.5 square kilometers of Singapore have not remained little ones. Vibrant and cosmopolitan, the island is one of the favorite places to settle among the wealthiest families in the region. It is an ideal enclave in which to drop anchor and then drop moorings from and to any point in Southeast Asia, where the sun frequently bathes the beaches and countless skyscrapers delimit the skyline; an image between paradisiacal and futuristic that is complemented by the glamor of its restaurants, resorts, casinos and boutiques.

By not allowing itself to travel with ease during the pandemic, the city-state has reinvented itself to offer (even) more luxury experiences for locals. Five-star hotels, such as the Marina Bay Sands (which owns the infinity pool largest in the world on its 57th floor) or The Fullerton, offer “vacation at home” packages and the Pan Pacific Group, which has eight hotel facilities throughout the island, has launched a wide variety of recreational experiences at its properties, such as spa discounts and “dinner credits.” The Capella resort, where the minimum price per night is 560 euros, offers “tropical retreats”, an idyllic isolation that transports us to a beach in any other country. Studios, villas, suites …, the type of rooms available is as varied as the needs of the clients: staycations, workcations O petcations, for long vacations, work or with pets, respectively.

Another of the whims of the wealthiest has been to dine in one of the 41 Michelin-starred restaurants in the city. “Eating is the new travel, I think that’s why we are doing so well,” says Steve Mason, COO of Odette, considered one of the best restaurants in Asia, which has three Michelin stars. Reservations to try their tasting menu for two, which includes wine and cheese and ranges from 630 euros, have been sold out during the months in which there has been no confinement.

The mega-rich have not spared any expense when it comes to obtaining a membership of certain exclusive groups. Members of the Straits Clan pay around 3,000 euros to enjoy nights in their bars, restaurants, fitness and attend your expected events. For wine lovers, the first overseas branch of 67 Pall Mall, the select London club of this drink, is expected to open in November, and 3,500 future customers have already paid 125,000 euros to get a license without expiration. The trend has also carried over to golf clubs: the price for a foreigner to join the renowned Sentosa Golf Club is 312,600 euros, 40% more than before the pandemic.

And it goes without saying that you have to get to these places in a good car. Since mid-2020, vehicle sales premium among foreigners they have increased by 50% and 60%, according to Vincent Tan, founder of the luxury dealership Vincar. “Most of them are Chinese and they pay in cash. The high-end Rolls Royce, Bentley, Porche and Mercedes are the preferred models “, he affirms in an interview collected in Business Times. Statistics from the Highway Transport Authority show that in 2020 there were more than 1,300 Bentley and Rolls Royce circulating in the country, the highest number since 2013.

Singapore exudes luxury. Considering how its economy has behaved in recent years, the political and social stability it offers, its good relationship with the nations of the region and the endless number of ostentatious experiences to attract the wealthiest, the trend must continue and more names linked the city-state of Asia to join the list of the richest in the world.