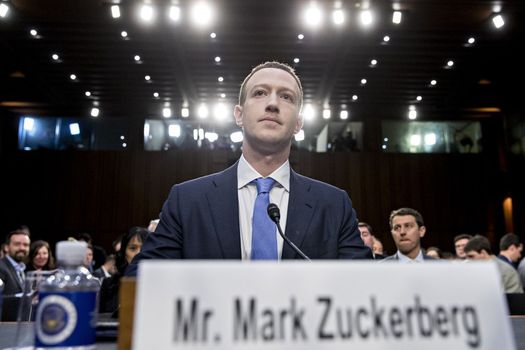 Russia banned US Vice President Kamala Harris and Facebook Chairman Mark Zuckerberg from entering its territory on Thursday, along with dozens of American and Canadian personalities, in retaliation for the sanctions imposed on Moscow for the military offensive. in Ukraine.

The Russian Foreign Ministry said travel restrictions on 29 Americans and 61 Canadians — which also include defense officials, business leaders and journalists from both countries — will remain in place indefinitely.

They also include the Pentagon spokesman, John Kirby; the Deputy Secretary of Defense, Kathleen Hicks; the White House Chief of Staff, Ron Klain, the spokesman for diplomacy, Ned Price, and businessmen such as the CEO of Linkedin, Ryan Roslansky, and experts such as Edward Acevedo, from the Wilson Center.

“I must say that it is nothing short of an honor to attract the wrath of a government that lies to its own people, mistreats its neighbors and seeks to create a world in which independence and freedom are in danger,” Price said after the announcement. Russian.

Even the restriction appears for Evan Ryan, wife of the Secretary of State, Antony Blinken; or Douglas Emhoff, husband of Harris.

The ban also covers those who are “directly involved in the development, establishment and implementation of the Russophobic course of the ruling regime in Canada,” the Russian Foreign Ministry said.

Russia has previously sanctioned several hundred US and Canadian officials, including US President Joe Biden and Canadian Prime Minister Justin Trudeau, in response to their countries’ punitive measures against Moscow.

On Wednesday the US announced sanctions against a network of 40 individuals and companies, led by Russian oligarch Konstantin Malofeyev, which is allegedly helping Russia dodge Western sanctions over Russia’s military campaign in Ukraine.

Russian commercial bank Transcapitalbank and Russian cryptocurrency company Bitriver, as well as 10 of their subsidiaries, have also been sanctioned, the Treasury Department said in a statement.

It may interest you: The two versions of the economic effects of the sanctions against Russia

Another of the sanctioned companies is Tsargrad, a Russian propaganda tool that Maloféyev allegedly uses to act as an intermediary between the Kremlin and pro-Russian politicians in Europe.

In turn, the US State Department will restrict visas to 635 Russian citizens.

Russia vetoes some celebrities to enter the country: Mark Zuckerbeg among them