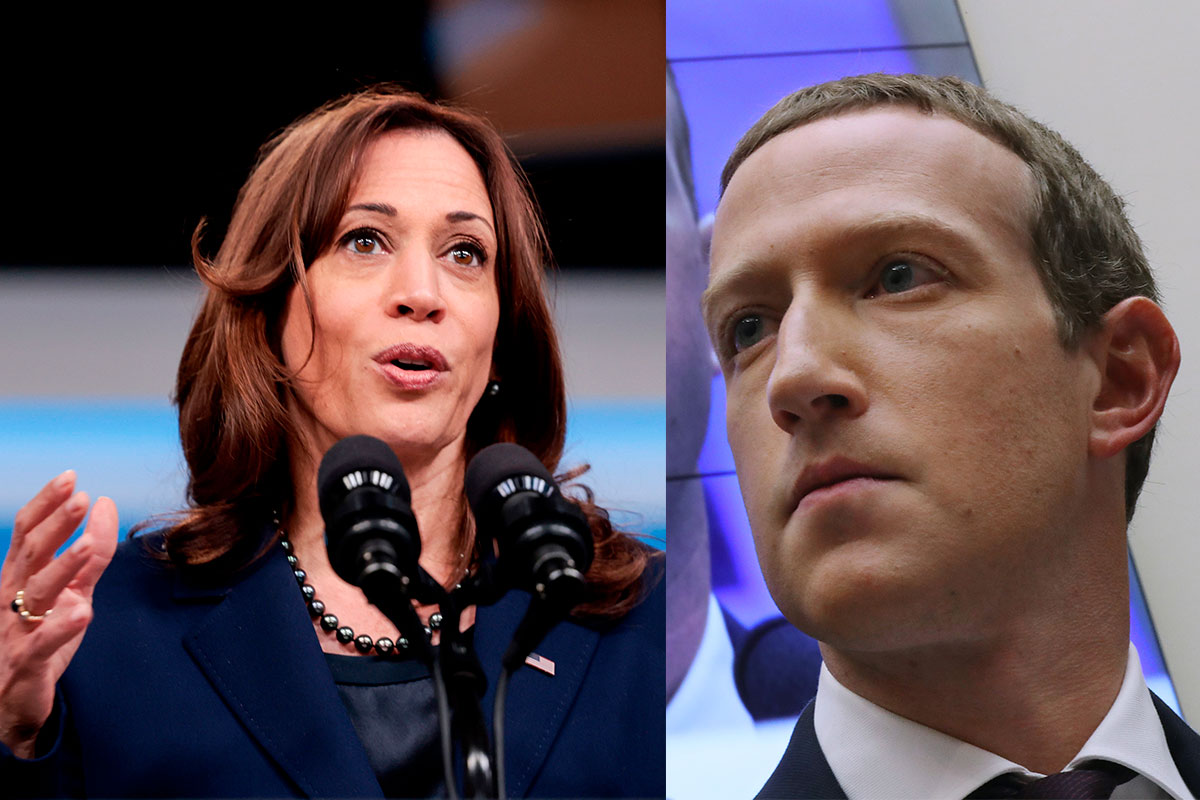 Russia responded to the United States with a new item of individual sanctions against almost thirty officials, businessmen and journalistsincluding US Vice President Kamala Harris and Facebook founder Mark Zuckerberg.

Those included in the list, which also includes spouses of high-ranking US officials, will not be able to enter Russian territory for creating “a Russophobic agenda,” the Foreign Ministry said in a statement.

Also included in the list were senior Pentagon officials such as Deputy Secretary of Defense Kathleen Hicks and Spokesperson John Kirby; or the White House Chief of Staff, Ron Klain.

Among the sanctioned journalists include CNN’s Bianna Golodryga; ABC’s George Stephanopoulos; or Kevin Rothrock from the Russian portal Meduza.

The Foreign Ministry statement specifies that it will shortly announce a new battery of countermeasures for the “hostile actions of the US authorities.”

On Wednesday The US announced sanctions against a network of 40 individuals and companiesled by Russian oligarch Konstantin Malofeyev, who is allegedly helping Russia dodge Western sanctions over Russia’s military campaign in Ukraine.

Russian commercial bank Transcapitalbank and Russian cryptocurrency company Bitriver, as well as 10 of their subsidiaries, have also been sanctioned, the Treasury Department said in a statement.

Another of the sanctioned companies is Tsargrad, a Russian propaganda tool that Maloféyev allegedly uses to act as an intermediary between the Kremlin and pro-Russian politicians in Europe.

At the same time, the US State Department will restrict visas to 635 Russian citizens.

US President Joe Biden announced today that he will ban Russian ships from docking in the country’s ports, while unveiling a new $800 million military assistance package to Ukraine.

Russia already sanctioned 398 members of the US House of Representatives a week ago.who adopted the same measure against 328 deputies of the Duma or lower house of the Russian Parliament.

With information from Eph.

It may interest you:
– Biden will send an additional $800 million in aid to Ukraine and claims that the war has entered the “next phase”
– The EU, the US and others boycott a G20 meeting due to the presence of Russia
– The US and its allies reiterate that they will make Russia pay for the war in Ukraine

Russia responds to the US with sanctions on Kamala Harris, Mark Zuckerberg and 27 other Americans