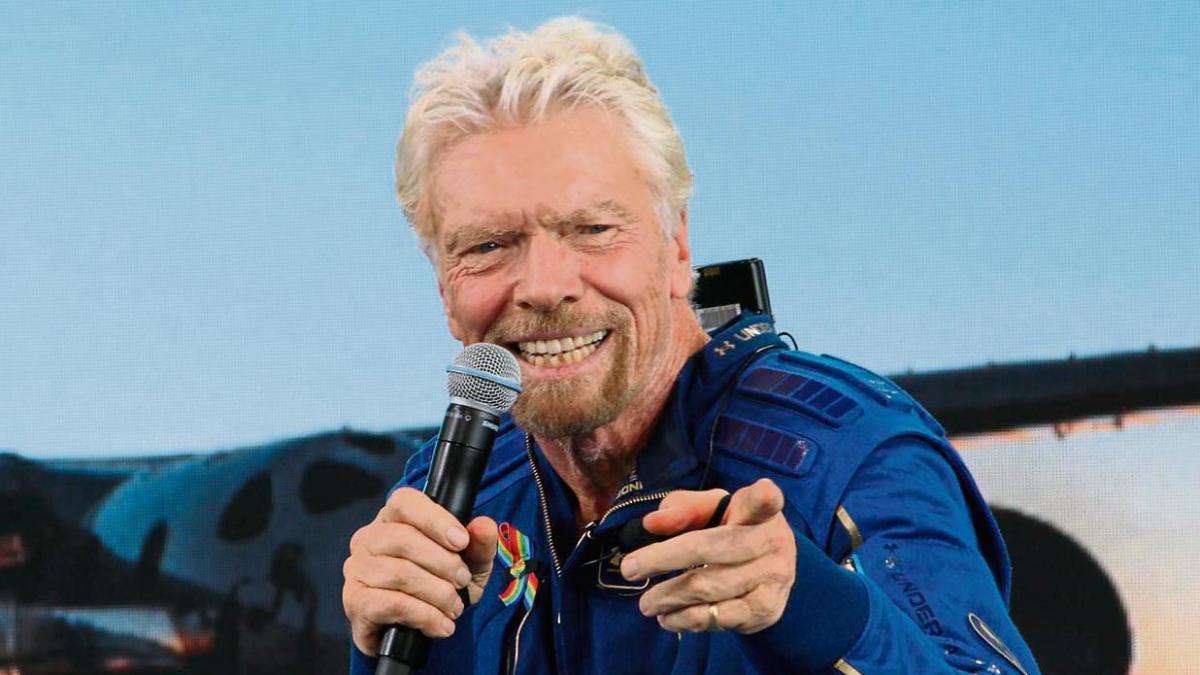 Virgin entrepreneur and founder Richard Branson has had a monumental scare. The English billionaire was participating in a charity bicycle race when he had an accident. The fall was so brutal that Branson, 71, thought he had broken his back.

The Briton was shooting in a race that was held in Tortola, the largest of the British Virgin Islands. At one point during the route he collided with another cyclist, so he flew off the bike and hit the asphalt with his whole body and head. The founder of the multinational conglomerate has assured in his blog that, “without a doubt”, wearing a helmet has saved his life.

After the fall, he had to deal with various cuts and blows, including a huge bulge on the hip and a large bruise on the leg.

The competition in which he participated is the Strive BVI, which is held annually to support the NGO Big Change Charity, created by the sons of the tycoon.

Branson has shared the brutal incident on his social media. “I was going down a curve, with a huge cliff to my left, a car coming straight ahead to the right, and my teammate Felix Stellmaszek in front of me. I hit the brakes but they didn’t respond, I was going faster and faster and my options were to jump. off the cliff, crashing into the car or catching up with Felix, “he detailed.

The English millionaire has assured that, “without a doubt”, wearing the helmet has saved his life

Desperate, he tried to warn the other cyclist, but he had no alternative, and they ended up crashing. “We both fell off the bikes and our body and head hit the asphalt: it is not the first time that the helmet has saved our lives. We were left lying on the ground while the team surrounded us,” he continued explaining. “I stayed still, hoping not to have broken my back or to have been paralyzed. Little by little I began to move my legs and I was relieved to see that he responded,” he added.

The fall has caused cuts and blows, including a huge bulge on the hip and a large bruise on the leg

The cyclist that Branson collided with, Felix Stellmaszek, joked after the accident: “No one had ever thrown me off my bike apologizing before, it was very polite of him, I must say.” Both have recorded a video that they shared when they were in the van that would take them to the hospital.

The British millionaire has confessed that it was not until after a while that his adrenaline levels dropped and that was when the wounds and injuries began to hurt. Still, he is already on the mend.


This is not the first time that Sir Richard Branson has been in a bicycle accident. In 2016 he had a fall with serious consequences: he fell on his face and broke his cheek and several ligaments. “For those of us who are lucky enough to dodge these horrors, and get up afterwards, we are very lucky. Many people do not. But I will continue to face challenges and adventures, this is how I have always lived my life,” he writes. the entrepreneur on his blog, which is full of stories about his careers and sports appointments.

One of the richest men in the UK created Virgin Records, a chain of record stores, in the 1970s. He has recently traveled to space and has thus fulfilled a dream of adolescence.

Richard Branson suffers a spectacular fall on his bicycle