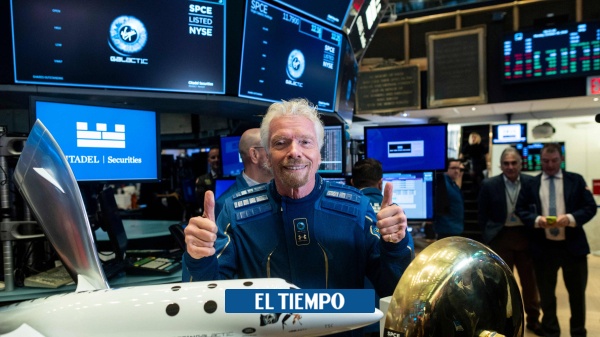 The British Billionaire Richard Branson opened its second private island in the British Virgin Islands, Moskito, to tourism after 14 years of refurbishment work.

There it will be possible to stay in several villas with highly personalized service for the few pockets that can afford this luxury.

(We suggest: This millionaire would be worth paying for a trip to space in Colombian pesos).

Tourists, of course with high purchasing power, can, since last Saturday, October 2, rent a unique place in the heart of the British Virgin Islands, in a property of the billionaire Branson.

Moskito It is only 35 minutes by plane between San Juan, the capital of Puerto Rico, and the Tortola airport, part of the British Virgin Islands, from where you can take a boat to get to the chosen place.

Moskito is located 3 kilometers from its sister island, Necker, and has 50 hectares, with properties that can be rented through Virgin Limited Edition, the British billionaire’s collection of luxury rentals and hotels.

(You can also read. A glamping by billionaire Richard Branson is the best hotel in the world).

‘The Oasis’, located in the highest area of ​​Moskito, offers 360-degree panoramic views of the nearby islands and the Caribbean Sea, a property of 1,625 square meters.

It has a main house with six bedrooms and luxurious decoration.

‘Point’, in the southwest of Moskito, stretches over 1,483 square meters and is built right on the edge of a cliff.

The alfresco dining room offers the best views of Moskito, one of the best situated British Virgin Islands. The villa offers eight bedrooms that can sleep up to 22 guests.

The ‘Branson Estate’, the largest estate on the island, spans 1,765 square meters and has its own private beach. It includes a total of three villas for those who want to rent them.

More news you can read

– What are the most expensive cities in the world?

Richard Branson rents out his private islands, how much does it cost to stay there?