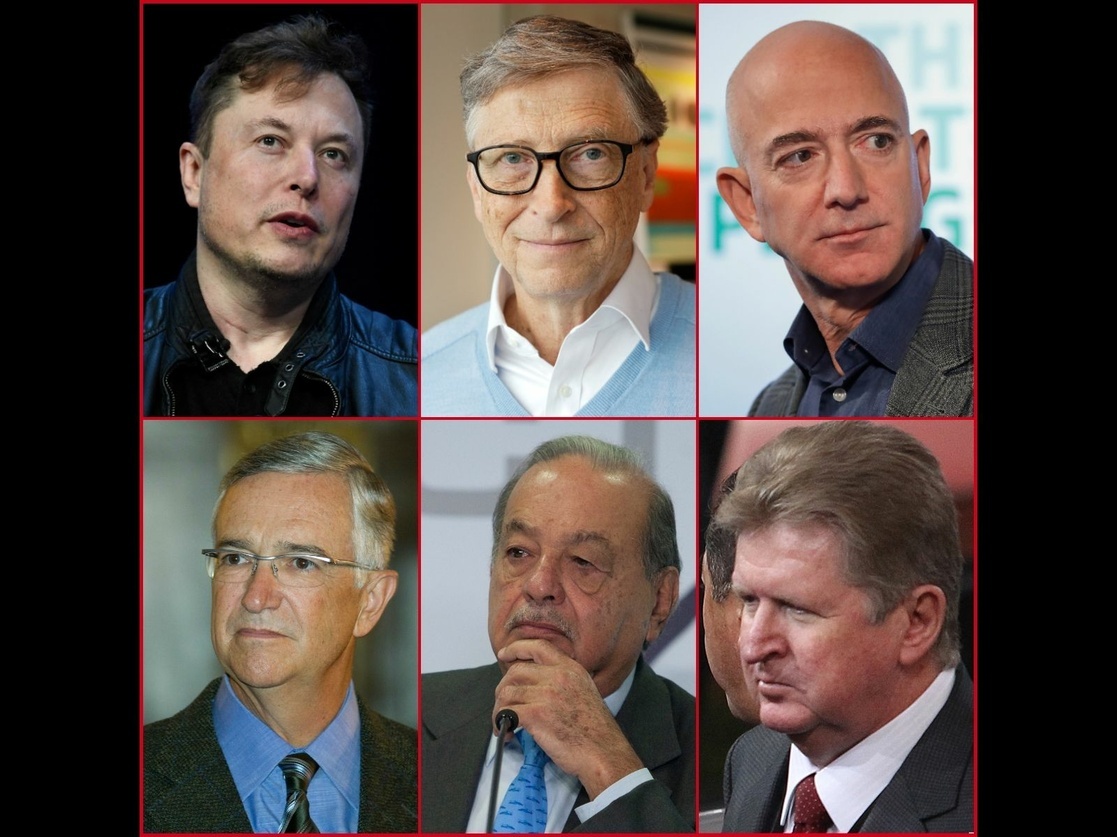 The fortune of 15 Mexican billionaires reached a record figure of 160.9 billion dollars this year, revealed Forbes. This amount –for comparison purposes– exceeds by 43 percent the external debt balance of the federal government, of 112 billion dollars. It is also equivalent to 11.7 percent of the country’s gross domestic product.

Forbes released this Tuesday its 2022 list of the wealthiest people in the world in which, in the case of Mexicans, Carlos Slim is at the head, with a fortune of 81.2 billion dollars, practically 30 billion more than at start of the pandemic.

In second place is Germán Larrea, owner of Grupo México, with 30.8 billion dollars, 20 billion more than two years ago.

In third place is Ricardo Salinas Pliego, with 12.4 billion dollars, an amount that exceeds the fortune recorded by the publication in 2020 by 700 million dollars. He owns firms such as Televisión Azteca, the Elektra chain of stores and Banco Azteca, which has obtained various contracts under the current government, both in the federal administration and in Mexico City. The businessman maintains a dispute with the Tax Administration Service, which claims the payment of a tax debt.

According to the 2022 list of Forbesthe largest fortune in the world corresponds to Elon Musk, founder of the Tesla electric vehicle factory, who displaced Jeff Bezos, owner of Amazon, from the throne.

Musk accumulates a heritage of 219 billion dollars, followed by Bezos, with 171 billion; the Arnault family, with 158 billion, and Bill Gates, with 129 billion. In fifth position is the investor Warren Buffett, with a net worth of 118 billion.

“Amidst the stock market crash, Russia’s war on Ukraine, and the ongoing covid-19 pandemic, the collective wealth of the world’s millionaires has shrunk by $400 billion since last year,” according to the list. Forbes. But not everyone had a rough year, he noted.

This is the case of the Mexican Carlos Slim, owner of América Móvil, the largest telecommunications company in Latin America, whose wealth has grown by 30.8 billion dollars since 2020, when the pandemic began, and this year he was among the 10 people from the list that saw their fortune grow the most worldwide.

The also owner of Grupo Carso, is now the thirteenth richest person in the world and has 18.4 billion more than last year, after a 42 percent increase in the shares of América Móvil, he highlighted. Forbes.

Among Mexicans, Alejandro Bailleres Gual is in fourth place, who joins the list for the first time with 6.7 billion dollars, after inheriting, along with his family, the fortune of his father, Alberto Bailleres, who died in February. of this year.

She is followed by businesswoman María Asunción Aramburuzabala, who remains the wealthiest woman in Mexico, with a net worth of 6.2 billion dollars.

The last Mexican on the list of Forbes is David Peñaloza Alanis, owner of the construction company Pinfra, with a wealth of 1.2 billion dollars.

Record in mega fortunes of 15 Mexicans