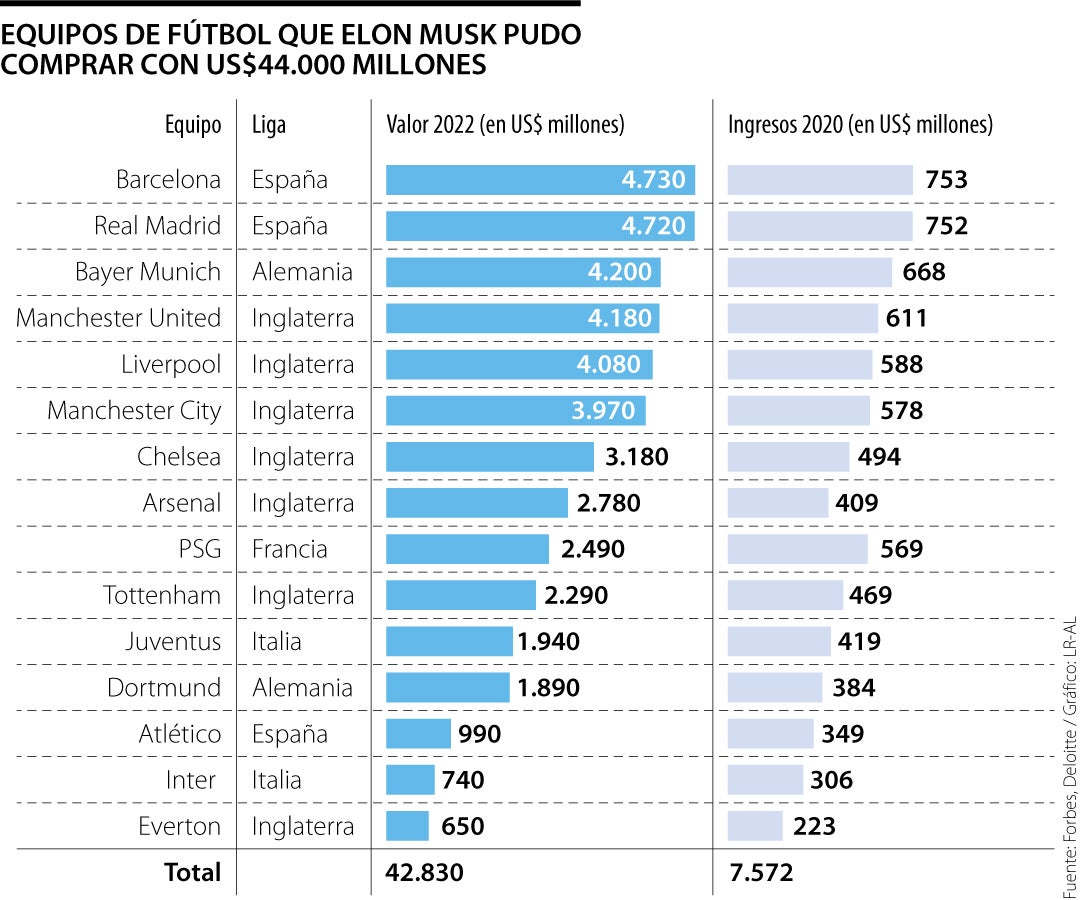 This week the sale of part of the shareholding of Twitter to Elon Musk, the founder and CEO of Tesla, for about US $ 44,000 million. To finance part of the investment, the billionaire sold about 10 million shares of his company, for which he received about $8.5 billion.

Due to the alarming amount of money that the amount of the purchase represents, several internet portals began to speculate what other assets the founder of Tesla could have bought with that same money. The world of sport did not wait and, in terms of football, Musk It could have been done, with the same money, with 15 teams from the European elite.

The list, which is characterized by having teams from the five major leagues in Europe and multiple champions of national, international and continental tournaments, is made up of these teams according to their country of origin.

The sum of the value of said equipment is close to US$43 billion, that is, US$1 billion less than what Musk paid for Twitter. In that sense, the main difference in the comparison of both purchases is not in the cost but in the income.

According to the Statista portal, Twitter’s income in 2020 reached US$3,716 million, that is, less than a tenth of what Musk paid for the entire company. In contrast, and based on a study by Deloitte, in 2020 the income of the 15 clubs that the owner of Tesla was able to buy was US$7,572 million, that is, more than double that of the social network.

Real Madrid and Liverpool, among those who could buy Musk instead of Twitter