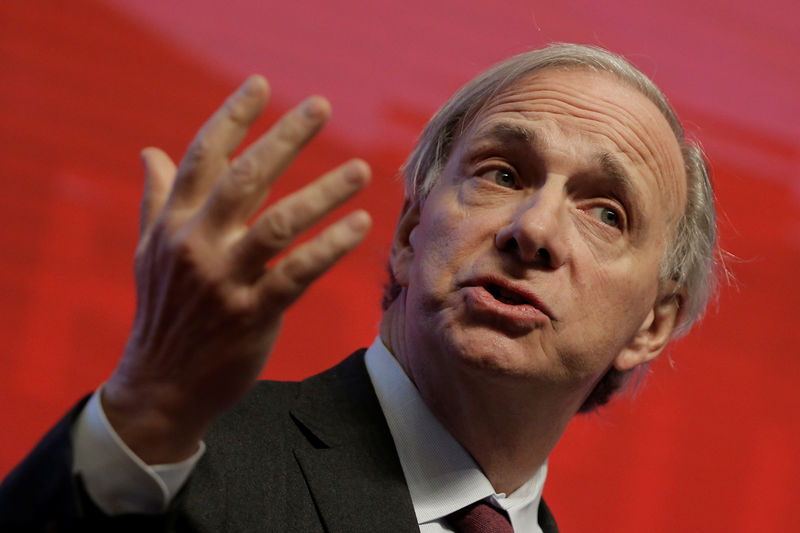 Investing.com – European markets mixed this Thursday -, , …- after losses in Wall Street and Asia after that of the US Federal Reserve (Fed).

Bridgewater Associates founder Ray Dalio has issued a warning to anyone still holding out hope that falling asset prices will soon stop.

In Dalio’s estimation, the Fed must continue to raise interest rates substantially if it hopes to succeed in controlling inflation. Because of this and other factors such as the ongoing war in Ukraine, Dalio anticipates that stocks and bonds will continue to suffer as the US economy is likely to slip into recession in 2023 or 2024.

“Right now, we are very close to 0% per year. I think it’s going to get worse in 2023 and 2024, which has implications for the elections,” explains Dalio, in an interview with Market Watch.

Fed Chairman Jerome Powell has promised that the central bank will do everything in its power to curb inflation, even if it collapses markets and the economy in the process. But to achieve this, Dalio believes the Fed must raise benchmark interest rates to between 4% and 5%.

“They need interest rates (short and long rates) up to about 4.5%, and it could be even higher than this level,” Dalio says. Because the only way the Fed can successfully fight inflation is by dishing out “economic pain.”

While Dalio said he expects stocks to suffer further losses, he pointed to the bond market as a particular area of ​​concern.

The problem, as Dalio sees it, is that the Fed is no longer monetizing debt issued by the federal government. In September, the Fed plans to double the rate at which Treasury and mortgage bonds will roll off the central bank’s balance sheet.

“Who is going to buy those bonds?” asks Dalio, before noting that the Chinese central bank and pension funds around the world are now less motivated to buy, in part because the real yield offered by bonds when adjusted for inflation has fallen substantially.

When asked if “cash is still junk,” a characteristic comment that Dalio has repeated on several occasions, he says that holding cash is still “a junk investment” because interest rates aren’t high enough yet to compensate for it. full impact of inflation. However, the true usefulness of cash depends on “how it compares to others.”