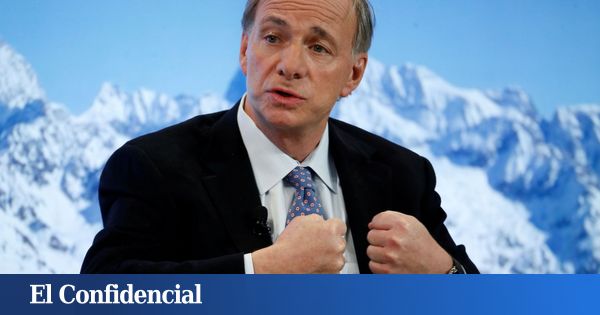 Exchanging comments on Twitter the other day, I found myself justifying certain statements that I made in my previous tribune, by an “age” theme and how the passage of time adapts us to the environment in a different way. Without realizing it, you find yourself questioning both past convictions and those acquired more recently while, on the other hand, you open your mind to what you have been rejecting and avoiding. And in a totally changing environment like the current one, where one is immersed in the immensity of the ‘cryptoeconomy’ and the utility that it can bring, certain statements of some references that one has, activate strange mechanisms that lead to digress on the current one moment in which we meet.

Quite possibly today not even those who promote bitcoin (BTC), nor to those who criticize it, but just at that point I think lies the value that can be contributed so that, after all, everyone is free to make their investment decisions, which is what it is all about. Go ahead and as I have been defending for more than six years, the value that is being created in the crypto-assets environment goes far beyond bitcoin (BTC) and even compares the current moment of digital assets with the revolution “Dot.com” is to fall short and not understand the great “industrial revolution of value” in which we are immersed.

Clarified that point, and going back to the beginning, have been the statements of Ray Dalio to the CNBC the other day, which I think are totally wrong. The famous manager, founder of the largest Hedge Fund in the world that manages more than 150,000 million USD, is one of the great leaders in the world of management in recent decades. With respect to bitcoin (BTC), Dalio has gone from having zero expectations in the asset and in what it could become (means of payment, value reserve, an “asset class”, “sound money” …), to recognize that a small part of what you have invested in gold (which in turn is another small portion of your total investment) is now placed in the main cryptocurrency. And in this regard, he stated in that interview that, if this bitcoin (BTC) ever succeeded, the regulators would charge it. And this is the big mistake. Dalio has not realized, and perhaps many of the most convinced “bitcoiners” either, that things are no longer there.

It turns out that the movement promoted at the beginning by those Cypherpuks, which was moving towards a new monetary order, without intermediaries, contrary to the technological monopoly and of the dominant corporations, and that it was going to democratize finance (as we understood them until recently), it is becoming the center of the new monetary system of the elites. They have been lined by having the vision and the luck to be in their beginnings, but decentralization and real democratization, little.

An author in Substack quite rightly commented that, that ‘crypto’ movement that was intended for that purpose, it turns out that it has delivered the latest technological developments on a platter so that Wall Street, the Federal Reserve and Silicon Valley (its financial arm), can continue to exercise that hegemony. They have been offered disruptive open source technology that anyone can use to create and invent modo de “copy and paste” and that, above all, it has no access cost. Thus, Blockchain has become the heart of the old elites and their new monetary system.

The author cited some examples to see where the idea goes. In June of this year, JP Morgan and Goldman completed the first operation ‘crypto‘interbank. Using the JPMCoin and the Blockchain platform of the first (Onyx) where a version of the repo market is digitized (short-term liquidity is obtained by banks and large companies), a digital financial revolution was launched. The CBDCs and the Central Banks are another of the examples of the use of that initially libertarian technology, by the classical elites to, taking advantage of the benefits delivered, end up doing the same in an even more efficient way, with the ability to exercise greater control and thus being able to perpetuate their current status.

On the other hand and pulling those who had been betting on that paradigm shift such as Circle or Coinbase, it is curious to observe how those have been changing sides little by little. The first wants to go on the market via a Spac, and the second, which launched its IPO a few months ago, is sit now with Nancy Pelosi and Jay Powell to establish relationships and answer questions about ‘crypto’. Until the most persecuted, rebellious and great exponent of the great change CZ Binance, admitted yesterday that regulation would have to be complied with and that it would have to return to the fold. This is reminiscent of what happened with PayPal and its original vision of offering an anonymous system for the transfer of value without borders or states …

This consensual approach between one and the other shows that, contrary to what Ray Dalio thinks, the ‘crypto’-market is not going to disappear or be banned. Quite the opposite. As has happened with BlockFi, for example, they will be called up to comply with its rules as the only way out to maintain the status that all this elite ‘crypto’ has been acquiring in recent years. The union of powers in its maximum expression in which, by the way, the people neither cut nor puncture.

So things and without going into what this implies on the side of systematic risk due to the union between both worlds at a time of global bubble, the clear conclusion passes through the assimilation of a future environment where both elites coexist, understand each other and we As ordinary citizens, let us accept that the paradigm of decentralization and the departure from the classical system will have to wait. On the other hand, the possibilities that open up for the future in this ecosystem continue to be infinite and that is how you should understand it and take advantage of it because, in the end, that is what the investment world is all about.