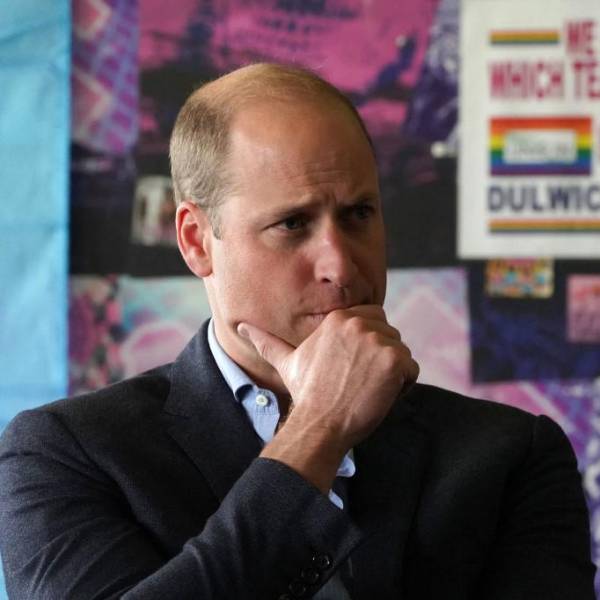 Prince William, number two in the succession to the British throne, on Thursday criticized space tourism and called for a focus on the planet’s problems ahead of the major COP26 climate conference to be held in Glasgow.

“Some of the brightest minds and brains in the world should first try to fix this planet, not try to find the next place to live.”, said Guillermo, 39, in an interview with the BBC before the presentation on Sunday of the first edition of the Earthshot prize, created by him to promote solutions to the climate crisis.

These criticisms came hours after the actor of the series “Star Strek” William Shatner He will take a few-minute trip into space on Wednesday aboard a Blue Origin rocket. At 90, he became the oldest person to reach the last frontier.

This was the second passenger flight of the American billionaire’s rocket Jeff Bezos, founder of Amazon, which aims to establish itself as a leading player in the coveted space tourism sector, in which the British also compete Richard Branson and the american tycoon Elon Musk.

Ahead of the COP, which starts on October 31, the prince also praised his father, Carlos, for being “way ahead” on climate change and joined him in calling for strong action in Glasgow.

The 72-year-old Prince of Wales “has shown that he is far ahead, far beyond his time, by warning of some of these dangers,” William said.

“But it shouldn’t be necessary for a third generation to come along and have to increase the pressure even more,” he added. “It would be an absolute disaster if my son Jorge (8 years old, ndlr) was sitting here talking to you … 30 years from now, still saying the same thing, because by then it will be too late,” he stressed.

And he warned world leaders against “smart words but insufficient action.”

“I want the things that I have enjoyed – life outdoors, nature, the environment – to be there for my children, and not only for my children, but for everyone’s children,” he said. “If we are not careful, we are going to rob the future of our children with what we do now.”

A lifelong ecologist, Carlos said Monday that he was concerned that world leaders would not do more than speak and not take forceful action.

Eldest son and heir to Queen Elizabeth II, Carlos will attend the two-week conference with his 95-year-old mother.