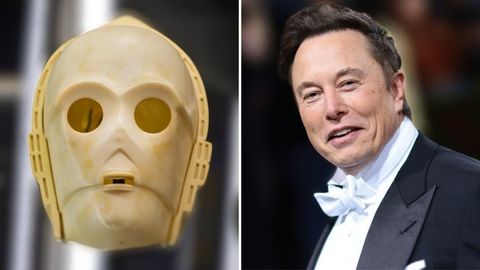 After wanting to change the world with his electric cars and with his company for space exploration, Elon Musk wants to go one step further in the future. As announced by the founder of Teslaits Optimus humanoid robot will be presented as prototype the September 30th.

As announced by Elon Musk, this robot will carry out different tasks thanks to the artificial intelligence that accompanies him and is intended to replace man in “boring” tasks. Optimus will have a height of 173 centimeters will weigh around 57 kilograms, according to laboratory designs.

His first places of destination will be the warehouses and workshops, where he will be in charge of the routine physical tasks. You will be able to see and interact with humans thanks to its cameras and artificial intelligence. In addition, its creators assure that it will have a “friendly” relationship with humans.

Could be “an awesome sidekick like R2D2 or C3PO”Elon Musk pointed out in reference to the characters of the Star Wars. “Over time, it could develop a unique personality. This personality could evolve to fit the owner or whatever you want to call it,” she ventured to say even in reference to the parallelism with the humanoids of starwars.

For Elon Musk, this step is natural in his career. “Tesla is actually the world’s largest robotics company. Our cars are basically semi-sentient robots on wheels.” argued about Optimusthe robot that can reach the production lines in the year 2024.

The idea of ​​the future of this humanoid devised by Musk’s men also has a science fiction point. “He has the potential to be more significant than the car business,” said the CEO of Tesla about the project. “Your possibilities are endless“, he added.

Obviously, Elon Musk also has answers for those who fear a rebellion of the machines as in so many science fiction stories. “On a mechanical level, you can run away from the robot and most likely you could subdue it“, ditched Musk.

Optimus, the humanoid that Tesla prepares to be your C3PO