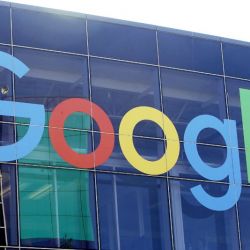 It was the first product presented by the fledgling company founded a few days earlier by programmers Larry Page and Serguei Brin. The two met at Stanford University in 1995 while pursuing a doctorate in computing. As part of a research project, they began to develop “BackRub”, a system for ordering the results of the most important search engines on the Internet. They quickly changed the name to Google, a misspelled version of “googol,” a word used to describe a one followed by a hundred zeroes.

The first “test” version had been launched two years earlier, in August 1996, on a website owned by the same University. The project was so large and complex that it used half of the school’s network bandwidth. The following year, and seeing the scope that the project could reach, Larry and Serguei registered the domain Google comwhile several investors began to show interest in the project.

The search engine was launched on September 27, 1998 and by the end of the same year, it already contained 60 million web pages from all over the world. Although its founders still considered it a “test” version, it was already competing on equal terms with the best search engines of the moment.

The following year, the garage they used as an office outgrown them, so they decided to move to Mountain View, California, where Google’s headquarters are still located today.

They soon began selling banner ads that appeared in the form of results when a user performed a search. The success of the search engine made it possible for the company, in 2004, to begin trading on the Stock Exchange with shares that, in a short time, managed to climb and multiply their profits.

Google continues to be, to this day, the most widely used search engine in the world to the point that its name has become a verb: “Googling”. It has successfully incorporated other services such as the Chrome browser, the Gmail email service and the YouTube video platform.

They all exceed 1,000 million monthly users and allow a turnover of more than one hundred billion dollars a year. However, its search engine is undoubtedly the “star product” since engineers Larry Page and Sergey Brin launched it onto the web of networks without imagining the incalculable reach it would achieve.

On September 27, 1988, the Google search engine began to function on the Internet.