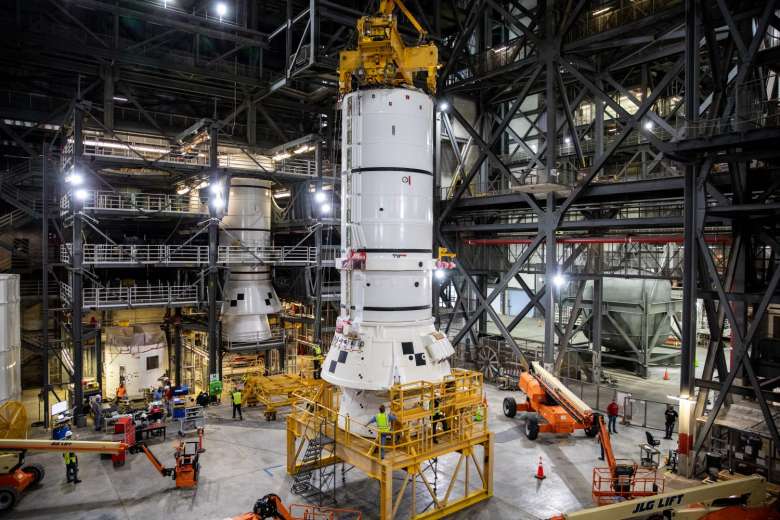 For these hours we have Elon Musk even in the soup. Since his arrival on Twitter, he has not stopped appearing in the headlines, and that is obvious. However, the tycoon remains attentive to what happens beyond the social network’s headquarters in San Francisco, California. And in the last hours it has become evident that its relationship with NASA, through SpaceX, is going through its best moment.

Is that the American space agency announced the extension of the contract already in force with SpaceX for the development of the lunar landing module of the Artemis program. This will report to Elon Musk’s company another 1.150 million dollarswhich will be added to the $2.9 billion awarded to it in mid-2021.

“NASA has awarded a contract modification to SpaceX to further develop its Starship human landing system to meet the agency’s requirements for long-term human exploration of the Moon under Artemis. With this addition, SpaceX will provide a second manned landing demonstration mission in 2027 as part of NASA’s Artemis IV mission.”

NASA, on the contract extension for SpaceX.

Bill Nelson, the current NASA administrator, shared the news on his Twitter account, and it didn’t take long for him to receive a message from Elon Musk. “Very grateful, SpaceX will not let NASA down!”the tycoon tweeted.

Let’s remember that SpaceX was selected by NASA to develop a lunar landing module based on its Starship ship, which will be in charge of taking astronauts to the Moon with the Artemis III mission. The original contract with the firm of Elon Musk also stipulated the performance of a test without occupants on the lunar surface, prior to the actual dispatch of the crew.

But with the new announcement, the company will extend its relationship with the US agency for a few more years. Let us bear in mind that only today, after endless delays, the launch of Artemis I was finalized. The next mission, Artemis II, will take place no earlier than May 2024, barring further delays. While Artemis III will take place sometime in 2025as long as the already established schedule is respected.

For Artemis IV and subsequent missions, the plans for SpaceX are more than ambitious. As NASA explained, Elon Musk’s aerospace company will have to “develop and demonstrate a lunar landing module that meets maintenance requirements for missions beyond Artemis III.”

One of the many goals that you will have to accomplish will be to demonstrate that can be paired with Gatewaya small space station which will orbit the moon and will serve to expand the capabilities of the Artemis missions. The first modules of this program are expected to be launched into space no earlier than November 2024.

For now, Elon Musk also took advantage of his Twitter account to congratulate NASA on the expected launch of Artemis I, carried by the Orion spacecraft.

Are all the controversies left behind?

It will be interesting to see how SpaceX’s contract extension with NASA falls among the other aerospace firms that want a piece of the private space race. Let’s not forget that the choice of Elon Musk’s company as the sole contractor for the Artemis lunar landing module was the cause of great controversy. To the point that Blue Origin, by Jeff Bezos, sued the US space agency.

“We firmly believe that the issues identified in this acquisition and its results must be addressed to restore equity, create competition, and ensure a safe return to the Moon for the United States,” the Amazon founder’s company had argued.

And although the American Justice ended up ruling in favor of NASA, the dispute between the millionaires was in sight. At one point, Elon Musk even sent a public message to Bezos: “You can’t sue your way to the moon. It doesn’t matter how good your lawyers are.”

Now, from NASA they seem to be opening the umbrella before it rains. The agency recalled that is traveling “two parallel paths” in regards to the development of lunar landers. One is the one that is already in charge of SpaceX, while the other corresponds to a request that was launched this year to the rest of the American companies that want to participate.

“Returning astronauts to the Moon to learn, live and work is a bold endeavor. With multiple landers planned, from SpaceX and future partners, NASA will be better positioned to accomplish tomorrow’s missions,” Nelson said.

Not everything will be Twitter: life goes on and Elon Musk and NASA are at their best