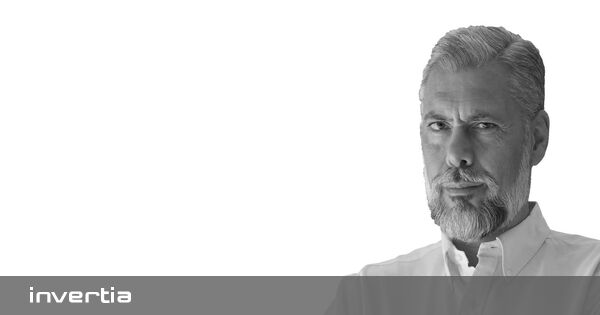 The recent decision of Elon Musk, the second richest person in the world, to ask through a poll on Twitter If you should sell 10% of your shares in Tesla to pay the corresponding taxes, you are generating not only a lot of comments, but also an opportunity for many people to rethink what it means to be rich, to have money or to contribute to the Global economy.

If we were to estimate simply the 20% that is usually paid in the United States for capital gains – although Musk claims that some of his old options would be taxed at a rate higher than 54% – we would be talking about a all-important tax injection, multi-billion dollar, completely unprecedented … and decided in a poll on Twitter.

We would be talking about a very important injection of taxes, of several billions of dollars, unprecedented … and decided in a poll on Twitter

The survey, after finishing, offered a clear result: after more than three and a half million votes, 57.9% voted in favor of the sale and 42.1% against, which presumably will lead, given that Musk himself claimed that the result would be binding on him, to carry out the operation.

Of course, a sale like that wouldn’t happen all at once so as not to hurt Tesla’s share value, but still, it’s an absolutely unprecedented move by one of the richest people in the world.

Musk himself, in fact, replied a few days ago to a United Nations tweet in which it was stated that a donation of 2% of his wealth could contribute significantly to ending hunger in the world, and he did. asking for a detailed plan of the use that would be made of such a donation, subject to open and visible accounting.

What is being raised here? The first question is obvious, although it seems not for everyone: many of the so-called billionaires, in reality, have very little money as such. What they own are their stakes in the companies they created and that, with their growth, they have made them immensely rich. And this, obviously, opens the possibility of requesting all the money they want from any bank in the world with the guarantee of those shares.

In the case of Musk, for example, who does not own property, or huge yachts, or other extravagances, and who does not receive a significant salary from his companies, we are talking about a fortune that, in reality, we could not take away and distribute, or that if we did, in practice, we would be preventing the viability of some very interesting companies with great potential to contribute to the future.

Could we hang, for example, to Jeff Bezos and give us your money? No, because that money does not exist. They are stakes in a company, Amazon, that if we distributed and executed them, would lead to the company not being able to function, and to an obvious destruction of value.

Many billionaires, in practice, are worth what they are worth for what they have managed to do with their companies, something that is not available to everyone. If Musk now sells shares and thereby provides a fortune to the US Treasury, is that money going to generate more value than it generated where it was previously, or is it going to enter the usual dynamics of inefficiency which is usual in many public institutions?

The idea, obviously, is not to make an epic of the billionaires, but to discuss whether it is better for society that that money is generating productivity in a company, or being managed by various public entities.

What would happen, for example, if some traditional car company used the opportunity to take positions in Tesla and managed, for example, to destabilize the company, or make it less efficient than it is? The opportunity to continue feeding a company that, without any doubt, has contributed a lot to the future of transport, decarbonisation or technology would have been lost.

Should billionaires pay more taxes, or contribute with donations to alleviate the problems of the world? No doubt but the equation is not as simple as some populists want to sell us. In practice, the well-being enjoyed by a billionaire comes from having managed to make a significant contribution to society, which society has recognized by greatly valuing their company, and the money they own is actually linked to the evolution of those companies. companies. As in everything, the key is not to prevent them from doing what they do, but to prevent them from abusing it.

With his move, Musk anticipates possible US legislation that wants the wealthy to pay taxes on their assets regardless of whether they materialize or not. With this, it has created a small earthquake – assumable – for the market and investment funds, and has given rise to an interesting process of collective reflection.

With his offer, which will surely force other billionaires to ask similar questions, Musk has done more to help society assimilate, beyond crude simplistic populisms, the value creation phenomenon, than you can probably imagine.

Musk, what to do with the money of the rich?