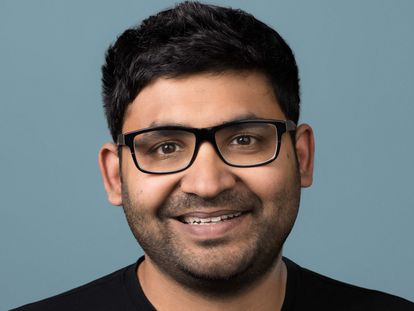 Elon Musk has lost his ways and Twitter shareholders are losing their money. The investor who struck a deal to buy the social network is torpedoing the company. After provoking the case say you put your offer on hold last week, This Monday he got into a bad fight on the social network itself with the still head of Twitter, Parag Agrawal. The stock, meanwhile, has continued to fall and is already trading below where it was when Musk revealed that he had bought a more than 9% stake. The investor has suggested that he has considered lowering his offer, saying it would not be “out of the question.”

Investors believe Musk is looking for an excuse to tear up his deal or, at the very least, to renegotiate down the purchase of Twitter. The richest man in the world offered $54.20 per share at a time when the stock market had not yet suffered the puncture of recent weeks. It was an ill-timed offer, probably. And now he wants to remedy it. This Monday he has made it clear that the possibility of a lower price than the 44,000 million dollars that it agreed to pay. And stocks have accelerated their decline.

It seems to have been useless for Musk to sign a contract that would avoid discrediting the company while the operation was closed. The investor cast doubt on whether the calculation of up to 5% of false profiles was correct and that seems to be the way to justify that he wants to break what was signed. This Monday Musk has affirmed in a technological conference in Miami that he considers that 20% of the accounts are spamwithout justifying those calculations.

The head of Twitter has opened an extensive thread on the difficulties of detecting false accounts and the work that the company does for it. And how do you get to that estimate that they are actually less than 5%, as the company has been announcing. To a technical, didactic and detailed reasoning, Musk has replied with the smiley poop emoticon. To another message from Agrawal about the verification pathways, Musk replied: “Have you tried calling them?”

Musk had said over the weekend that he was going to do his own (unscientific) calculation by taking 100 beads at random. He added that he had chosen that sample size because it is the same as that used by Twitter. Agrawal contradicted that claim on Monday, saying that Twitter has people combing “thousands of accounts” to identify the wrongdoers. bot, but stressed that he could not share more details due to privacy concerns. “Unfortunately, we do not believe this specific estimate can be done externally, given the critical need to use both public and private information,” Agrawal said on Twitter, adding that the company recently shared that methodology with Musk.

Let’s talk about spam. And let’s do so with the benefit of data, facts, and context…

In his thread, Agrawal explains that quantifying fake profiles is tricky because some accounts that seem spam they are actually real humans and vice versa. Twitter also allows bot on the service, so simply creating an automated account is not against the rules.

After the fall of more than 10% on Friday, when Musk put his offer on hold to later say that he was committed to buying the company, this Monday the price gave up around another 8%. The shares have reached a minimum of 37.33 euros during the session.

Musk’s offer price, $54.20 a share, is 45% above that figure, but at this point no one seems to trust Musk to pay it. The price, in fact, has marked its lowest since March 21 and is already trading below the price it had on April 1 (39.31 dollars), the session prior to knowing that Musk had entered the capital of the company with the purchase of 9%.