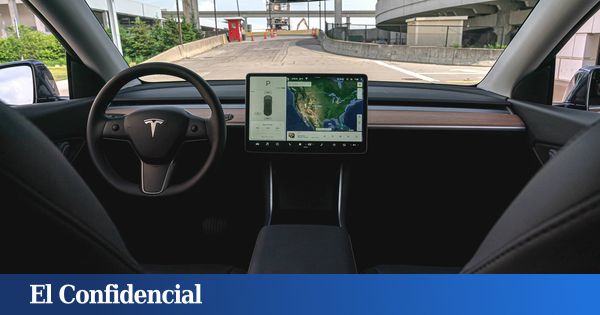 Tesla last week shared with some of its users the beta of its new autonomous driving software, the FSD v10. Now, we just learned that this version, that According to Musk it will make us “explode our heads”, comes with restrictions. Tesla will only let good drivers use it and will check it based on the telemetry data of their cars.

Tesla launched last weekend the beta of its new software FSD, Full Self Driving o Total Autonomous Driving, in Spanish. Despite its name, this autopilot is still considered a level 2 driving assistant. That is, cars can drive autonomously on the road and on city streets, but they always have to be under the constant supervision of a human.

For now, the beta of version 10 has been distributed among employees and a select group of users to educate their artificial intelligence and detect and polish bugs. Although some of these ‘beta testers’ have reported failures with the calibration of the instruments and in the decision-making of the vehicle, Musk has confirmed that on the 24th of this month the beta will be open to users who have paid $ 10,000 for the FSD package. Although with one condition.

“The beta button will request permission to evaluate driving behavior using the Tesla insurance calculator. If the driving behavior is good for 7 days, access to the beta will be granted,” Musk said in the tweet on these lines. This evaluation will be carried out by asking telemetry data of the last seven days and running them through Tesla’s own insurance calculator to determine if the drivers are reliable. If the results obtained are positive, the button to download the new software will be activated.

For months, Tesla has been including data on the driving habits of its users and the use of the autopilot to calculate the price of its insurance program. This program is currently limited to California, although the company is looking to expand it to other markets. Thanks to the Reddit user, Callump01, which has been able to unravel the code of Tesla’s mobile ‘app’, we know what parameters the company uses to determine its calculations safety rating:

That access to the beta is open only to users who are “good” drivers makes sense because this phase is intended to educate new software and doing it with drivers that act erratically could complicate your programming. Although this measure of Tesla it can generate many doubts among its users.

Musk is silent on what will happen once that beta phase is passed and the FDS is fully ready. The software may be open to everyone or restricted to those Tesla deems bad drivers. If the latter happens, we will see many users angry for having paid the $ 10,000 that the autopilot software costs and not being able to access the service.