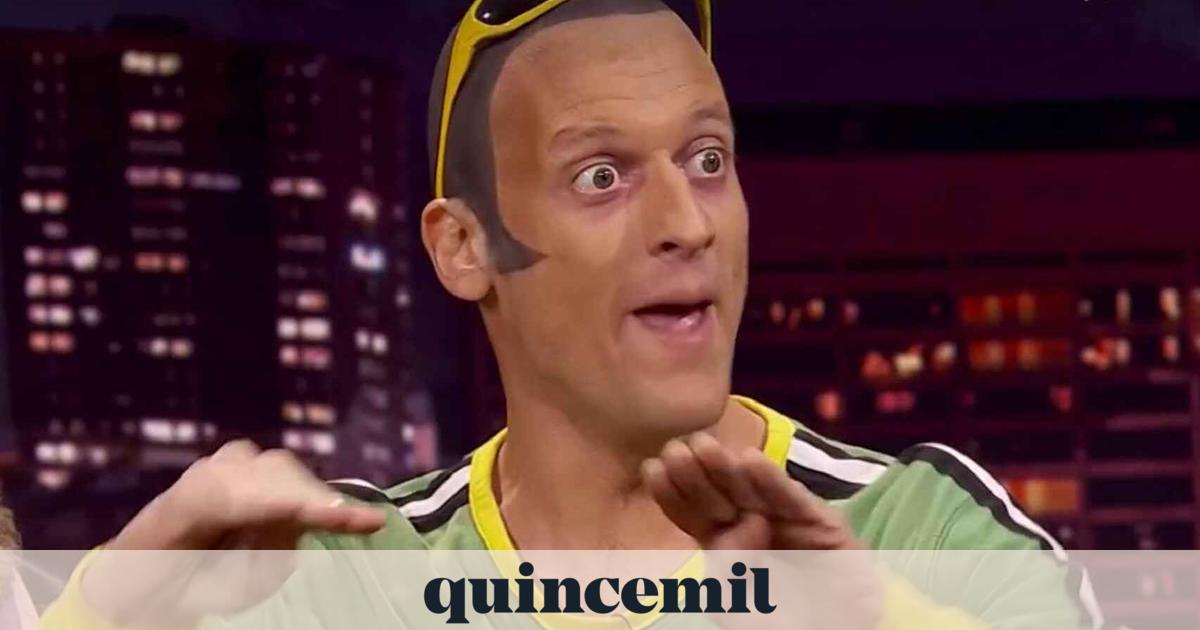 For a few weeks there has been more and more talk about the metaverse or, rather, the metaverses. Virtual worlds where people will begin to do daily activities, instead of doing them in real life, socializing, trading and consuming more and more through them. The best example of this may be going to see a movie with your friends in a virtual metaverse cinema: instead of being side by side in a living room of a shopping center, each one is at home looking at the computer screen or the television, and are the virtual characters or avatars that are together, producing interaction between them through text chat, voice, and similar things. The ultimate goal – not hidden – of the metaverse concept is to end up offering people an experience similar to sight in Steven Spielberg’s movie Ready Player One.

This is not a particularly skeptical article, but I certainly do not believe in the optimistic forecasts that are being made about the “arrival” of metaverses. This same week I received a press release in which they forecast that they will mean a market of 800,000 million dollars in just two years thanks to NFTs and cryptocurrencies, a prediction that I simply do not believe. To get an idea of ​​the caliber of that prediction, the entire world video game market has generated this year 2021 about 180,000 million dollars. In 2019, the film industry had a total turnover of $ 42 billion at the box office.

It is clear that at some point this type of virtual experiences will become mature and will manage to resemble those of Ready Player One, and proof of this is Facebook’s commitment to it. As a declaration of intent, Mark Zuckerberg’s company has even changed / whitewashed the name of its parent company to Meta, and there is no doubt that in 2022 it will begin to try to move people towards these virtual worlds taking advantage of the billions of users who have their social networks (WhatsApp, Instagram and Facebook), and which are owned by Oculus, the pioneer device in the current reincarnation of virtual reality.

Facebook has launched a few days ago Horizon WorldsAnd if your own product does not work for you, you may buy a company that is doing it well and integrate it into its ecosystem, as it has done with the previously mentioned ones. Of course, the goal of Mark Zuckerberg’s company is to achieve the experience seen in Ready Player One in the medium term and will probably achieve something similar (comparable, but still much worse) in about a decade. Another thing is that people massively accept to change reality for that virtual world, as happened in the film.

In parallel, in recent years, videogames have been emerging that have come to be described as metaverse. The famous Fortnite stops from time to time its usual dynamics (fight until only one remains) to carry out simultaneous events, in which all the players who are connected can enjoy together a virtual concert or similar events. This type of initiative is also carried out from time to time by Roblox, conceived as a container for games designed by its own users, which has ended up becoming an online world in which its players interact more and more with each other.

Finally, there is a third type of product, which is what this article is dedicated to: “pure” metaverses, virtual worlds in which one creates a character or avatar to socialize. VRChat has been one of the first and has powerful possibilities, such as importing 3D models of your own creation to be your avatar, and it is fully integrated with virtual reality, which can be used as an option. But in recent years others have been launched such as Zepeto (the most popular of them all and in which Zara has launched a collection), Decentraland The Cryptovoxels. They all propose virtual worlds where to interact and trade, and in the case of Zepeto they place so much emphasis on one’s virtual avatar that there is even an internal social network (a kind of “metainstagram” of avatars) and there are vast options to buy clothes for him. , including Zara garments (under a recent agreement).

There are many expectations with the growth of these businesses, but there is a “problem” with all these projects: metaverses already existed and had already failed. Second Life came out in 2003, which generated many expectations and had several thousand very loyal users. There were even weddings in Second Life, and Gaspar Llamazares even held a virtual meeting of Izquierda Unida for the municipal elections of 2007. A year later he even burned a photo of the royal family in that virtual world, becoming news on the news and being like a real nut. Second Life surprisingly continues to function, with modernized technology, in what are almost 20 years of failures made up with fictitious figures of players that do not stop growing.

As Second Life was making a lot of noise (which is not to say that it was succeeding), in 2008 Sony came up with the idea of ​​launching a Second Life for their PS3 console, and calling it PlayStation Home. The truth is that millions of people tried PlayStation Home, but only a few thousand lasted more than 5 minutes in this metaverse. After producing hundreds of virtual items that only a few people bought and saw, Sony decided to quietly close this virtual world in 2015 without giving too many explanations, like someone hiding something under the rug because the guests are about to arrive.

Let’s go back to the year 2021, almost 2022. As much as they are being talked about as a revolution in the way of socializing, metaverses, or at least this second generation, are in essence online multiplayer video games, similar in operation and technology to World of Warcraft and the like, but with a different veneer that makes them attract people of all ages and genders, especially young girls. They are like those same metaverses from 15 years ago, but much more beautiful, with many more technological possibilities, many more players on the screen, good performance in browsers without the need to install software and perfectly adapted to mobile phones. And last and foremost, extremely monetization-oriented.

All these “innovations” of the metaverses that are discussed drinking gintonics have been around for years in massively multiplayer video games. Buying property or buying outfits and cosmetic items for real money has worked for years in massive online role-playing games and all kinds of other well-known video games, from League of Legends to Counter-Strike. These metaverses simply make them open to all audiences and socially acceptable. Instead of selling you a magical war unicorn to kill orcs, they sell you a Uniqlo jacket while on the way they assure you that this is the future of social relationships, and then it seems that you are exploring the limits of the human condition, instead of spending money on an internet game.

Some of these metaverses and those in the pipeline are simply taking these innovations from major online games and putting them in a mixer along with other bubbly things of late, like cryptocurrencies or NFTs, creating brightly colored, and looking monsters. suggestive. They call them virtual worlds, but in reality they are plain and simple online video games with chat and slots. The problem is the latter, the amount of money that people and companies are investing in virtual goods (even with virtual parcels) with the prospect that they will increase in value in the future, when they may simply be worthless.

As has been noted so many times with cryptocurrencies, all these virtual goods have value as long as someone wants to buy them from you. In the case of an online world that disappears or no longer has users, your virtual properties are worth as much as a ticket for a beer at a festival just one second after the festival ends. What used to be equivalent to a beer, is now just a wallpaper that no one is going to give you anything in return for ever again.

In the technology and entertainment market curious phenomena occur, things that become fashionable, it seems that they will last forever and suddenly they disappear. It happened with the famous polytones, a business that seemed solid until it simply disappeared (it continues residual in some African countries). In 2009 Avatar rediscovered movies in three dimensions and took them to a new level of quality, and began a fever for 3D televisions and 3D movies. It was taken for granted that this was the future of the image, and that there would be no going back. Millions of people bought a 3D television, and the movie world quickly turned to release the next blockbusters with 3D versions, making hastily (literally) nauseating adaptations. They were even quick to adapt television broadcasts for this new market out of nowhere. The 2010 World Cup was broadcast in 3D. The three-dimensional craze lasted until more or less early 2012, when it just faded. The 2014 World Cup was broadcast only in 2D. Fortunately, all those 3D televisions could also be viewed normally.

Shortly after this second coming of 3D (the first was in the 80s, with two-color glasses) came the second attempt at virtual reality, with the announcement of the Oculus Rift device in 2012 and its first viable prototype in 2013. I supposed that this time virtual reality glasses were here to stay and change everything, but they have simply become normalized as a technology or minority option, without disappearing as a fiasco as it did in the 90s, but neither without revolutionizing entertainment. They had a peak moment and millions of devices were sold around 2016 and 2017, but those times have already passed … Until the good metaverse arrives and they come back again?

In the world of video games during the last 20 years there have been other notable microbubbles that were going to change everything forever and they did not, or that they were going to like forever and stopped liking out of fatigue. Like in the hula hoop movieThe big jump), there was a time when it seemed like we were all going to play the console like the Wii forever, the Xbox’s Kinect would change the way we interact with television and games, and everyone would continue to play every weekend to play the plastic instruments of Guitar Hero. And let’s not talk about the Facebook farm, Angry Birds or Candy Crush. All of this ended up going out of style, as when millions of Spaniards said non-stop “What’s up neng”For a few months in 2005 and one happy day they stopped doing it forever.

Ultimately, this reincarnation of metaverses may change the way human beings socialize forever, or it may simply be a series of products that will go out of style in two or three years, causing a few to earn money along the way. and many others lose it. I am more inclined to the latter, or perhaps to a middle ground: other better virtual worlds will come out that people want to try, abandoning the ones that are now in fashion. More or less like it happens with online video games, in fact. Perhaps the third or fourth version of the idea, back in 2035 or 2050, does manage to resemble what was seen in Ready Player One and stay forever.

We wish to thank the writer of this short article for this remarkable content
Metaverses, Polytonones, and Tech Mini Bubbles