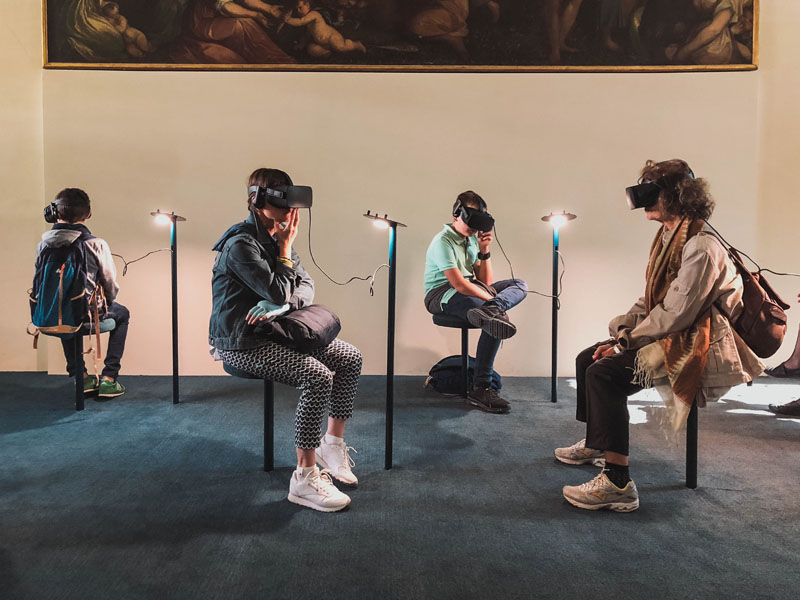 Mark Zuckerberg will undoubtedly go down in history as one of the key men when it comes to explaining the drift of humanity in the last twenty years. Its merit? Create the social network Facebook and, with it, a way of relating. After almost two decades, the young visionary announced a few weeks ago that he is preparing an innovative project baptized with the promising name of Metaverso. 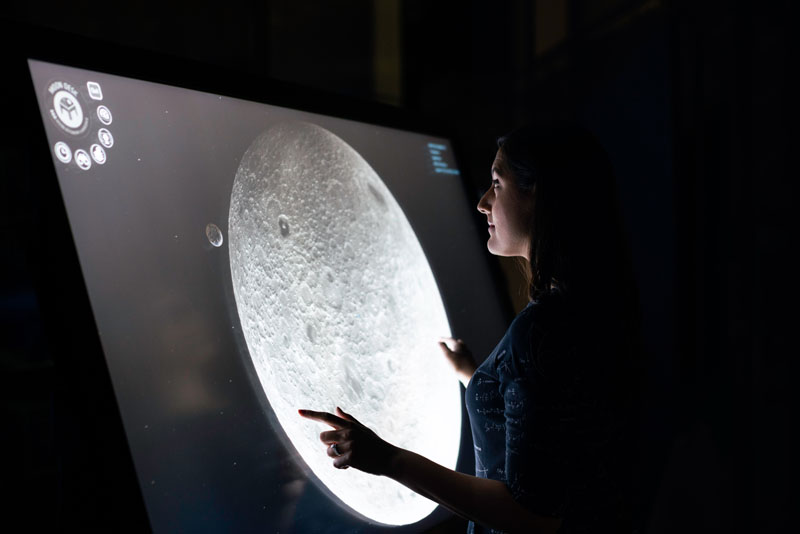 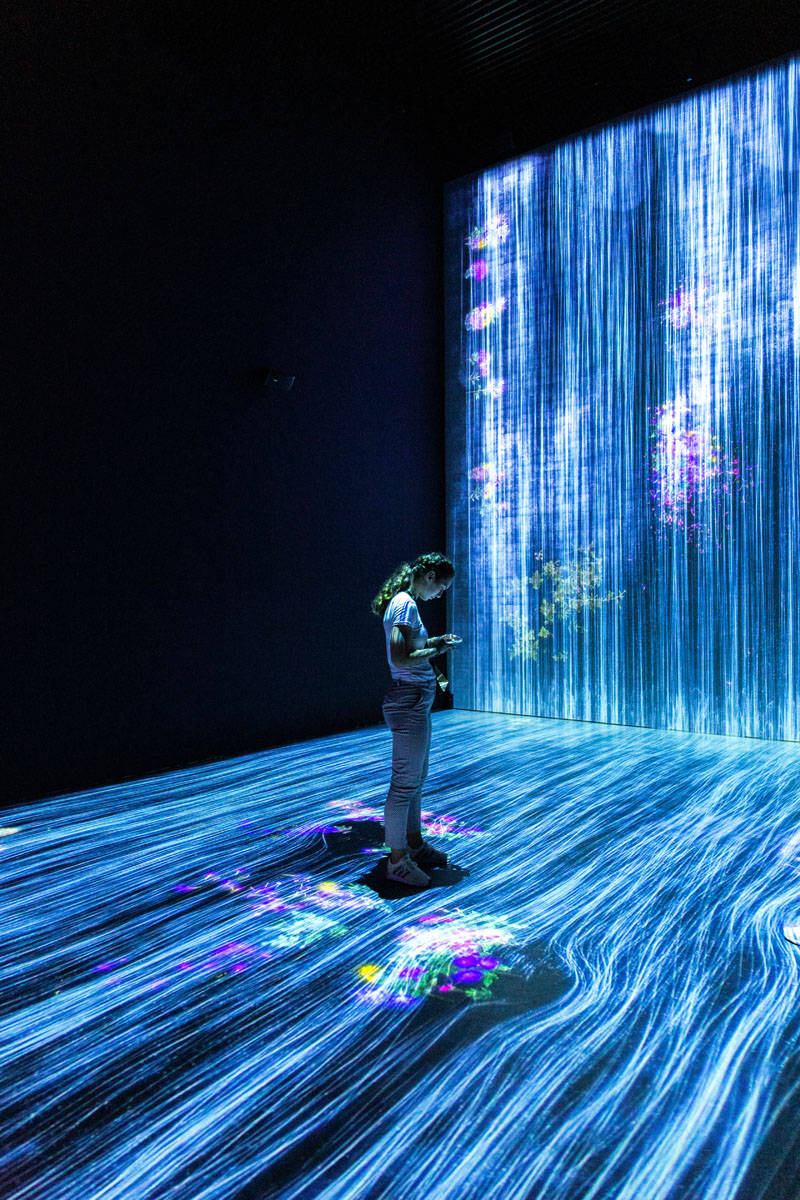 Could psychological disorders be one of the dangers of the metaverse?

Zuckerberg’s new “creature”, as he himself explained during his presentation, is a space for the interaction of machines, idealized avatars and a new virtual world where art, architecture, beauty and fiction meet to socialize, buy or do business . And all this, “by grace” of virtual reality and augmented reality.

“Zuckerberg had been talking about the metaverse for months, and Facebook has spent years investing astronomical amounts in developing or buying virtual reality devices and functionalities,” says Ferran Lalueza, professor of the Information Science Studies and of the Communication of the Open University of Catalonia (UOC) and researcher of the GAME group (Learning, Media and Entertainment), who assures that, according to the head of Meta, this project will still take a decade to materialize.

In fact, experts such as César Córcoles, professor at the UOC’s Computer Science, Multimedia and Telecommunications Studies, argue that there is still a long way to go in terms of technology. “On the one hand, the screens must grow in resolution and refresh rate. On the other hand, helmets should become more comfortable or, at least, lighter, if we want to spend several hours a day with them ”, says the teacher. And he adds: “We also have to find devices that allow us to better interact with virtual reality worlds: the controls that we now have, as well as gesture recognition, are more than enough for many uses, but they fall short if we want to. that the technology is deployed among the general public ”. 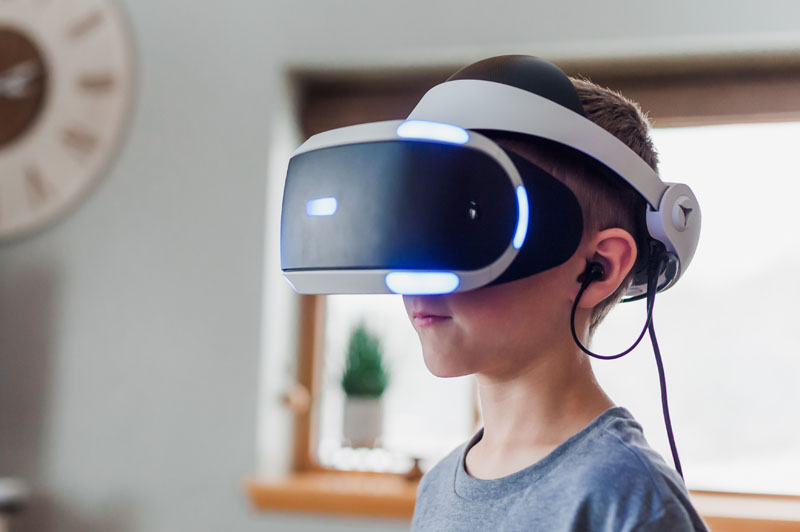 After 17 years of followers and likes, experts say that Facebook is “in the doldrums”. The latest studies reveal stagnation, and even a downward trend in the number of its members. This is corroborated by the data from the report by The Social Media Family, published on epdata.es, where it appears that the number of Facebook users has stagnated, currently oscillating between 20 and 22 million in the last six years.

On the other hand, the profile of the user of this network, according to the National Institute of Statistics, is that of a woman with an age between 16 and 74 years. This group represents 70.9% of the total, while men of the same age group account for 66.8%. These figures support the theory that “as a social network, Facebook is already irrelevant for the new generations,” says Lalueza.

Now, does that mean that the members of these “new generations” will be the only ones who will become users of the metaverse? Will the older groups be left out? According to Pierre Bourdin, professor at the UOC’s Computer Science, Multimedia and Telecommunications Studies, “for some people it will cost more than others and surely they will be left out. But globally, I think it will be accessible to consumers of all ages. It is possible to make the comparison with the appearance of mobile phones. At first, it was a rare thing, for tech buffs. However, today there are few people who do not have a mobile phone ”.

A facelift at the right time

The metaverse announcement was made in order to create a thick “smokescreen.” “It is evident that the idea was to divert attention from the very serious accusations made by the former employee Frances Haugen and the impact that the ‘mega-payout’ of all the group’s platforms had shortly before,” says Lalueza.

The bad reputation that the social network has earned has already begun to affect the rest of the group’s platforms such as WhatsApp or Instagram, which “were incorporated into the conglomerate at the stroke of a checkbook,” Lalueza reminds us, who believes that “gambling everything on A card as uncertain as the metaverse may seem risky, but the alternative is probably none other than to languish until completely sinking in a sea of ​​scandals in the face of competitors who, like TikTok, are already showing their teeth and consolidating themselves as clear contenders for the podium of the social networks”. 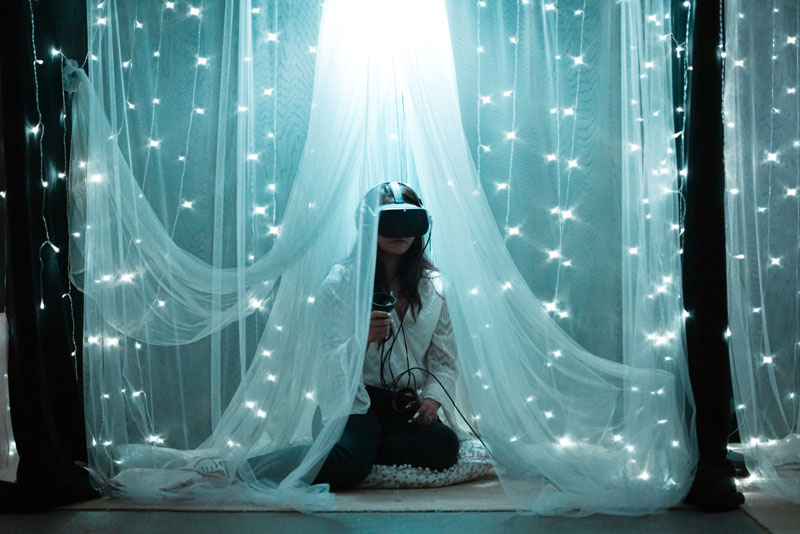 The new platform is not expected to be operational for a decade. Is this period enough time for us to experience its implementation as a natural evolution of Facebook? That is what it seems. At least this is what Pierre Bourdin thinks, who does not believe that there will be a break, but rather an evolution. “It seems to me that there will be a convergence between the technologies of communication networks, mobile technologies and virtual and augmented or mixed reality. In other words, I believe that soon we will have a mobile device connected to our glasses and perhaps a bracelet or other device of this type that will allow access to this metaverse ”, reflects the expert.

Now, what technology will make the “miracle” possible? Experts predict that the enabling technology of this virtual world will not be 5G, but rather the future 6G will be implemented. This will allow us to put on augmented reality glasses and see information superimposed on our visual field, or virtual reality glasses that give us access to an infinity of unsuspected experiences. “The 6G will probably make its way into sectors such as video games, film, television, fashion, music, advertising and, why not, travel agencies, which will be able to propose holidays in the metaverse,” predicts Bourdin.

Supporting this idea, Professor Córcoles points out that “the bandwidths and latency of 6G technology could justify its use in augmented reality in mobility that includes the scenario described for the metaverse”.

Delving into the technological aspect of the project, Córcoles ensures that the most difficult point in the field of virtual reality is interaction. And it is that, “right now there is no definitive solution for this problem, and I do not believe that the general public can be reached without solving it”.

In fact, the expert is not totally convinced that the Zuckerberg metaverse will materialize, since it would not be the first time that it has been announced that in five or ten years virtual and augmented reality will conquer our day to day. “This time could be the good one, but important questions remain to be resolved,” he concludes. 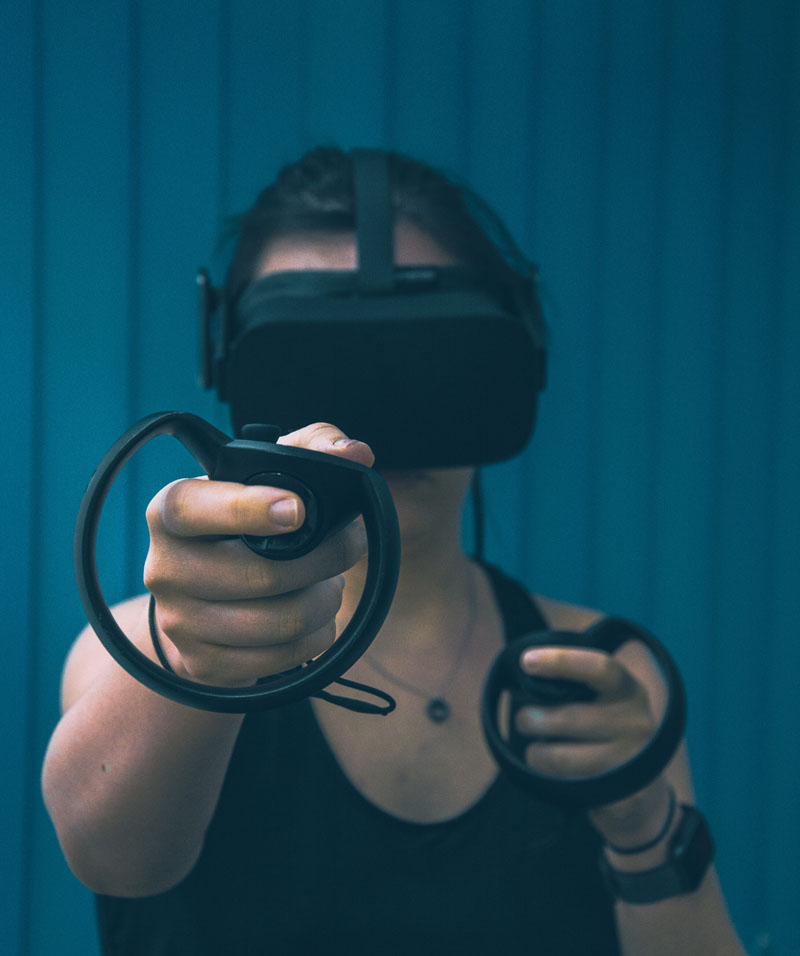 Will the addition to virtual games be one of the dangers of the metaverse?

The metaverse will be a more sustainable world

Assuming we attend its implementation, there are many experts who believe that whoever does not “get on the bandwagon” will be out of date. Among them is Professor Lalueza, who points out that the developers of this new space will sell it to us as a spectacular qualitative leap on the internet. In this way, the feeling they intend to create in society is that if you are not part of the metaverse, you will be left behind and miss out on the new opportunities offered by the new “Zuckerbergian” world.

Now, what opportunities does the expert refer to? The teacher considers that “in a certain way, the metaverse can contribute to the sustainability of the planet by avoiding travel and certain expenses. In addition, he continues, it can provide very realistic experiences to people who otherwise would hardly have the opportunity to experience them, which, to a certain extent, has a democratizing effect ”.

The dangers of the metaverse, an unreal universe with real dangers

On the other side of the scale we would find the cons, that is, the risks that Lalueza considers that this future virtual world would contain. The expert points out three: “The first, that we end up dedicating more time and energy to the simulation involved in the metaverse. This hypothesis may seem inconceivable, but, in fact, current social networks already generate in many people the need to do things with the sole and exclusive purpose of displaying them later on those platforms. The second danger is that with the actions we develop in the metaverse we will reveal much more information about ourselves —and in a much more unconscious way— than with the content we share on today’s networks, which is often already recklessly excessive. And the third is that certain scourges such as harassment, hate speech and the like can be hurtfully enhanced by the immersive and highly realistic nature of the environment ”.

Along the same lines, Pierre Bourdin warns that “although this world is virtual, the experiences that people will live there will be real. I mean that a problem in the virtual world, such as frustration or exclusion, can generate real traumas ”. And he gives as an example the harassment in the network, which can become the cause of the suicide of some young people. 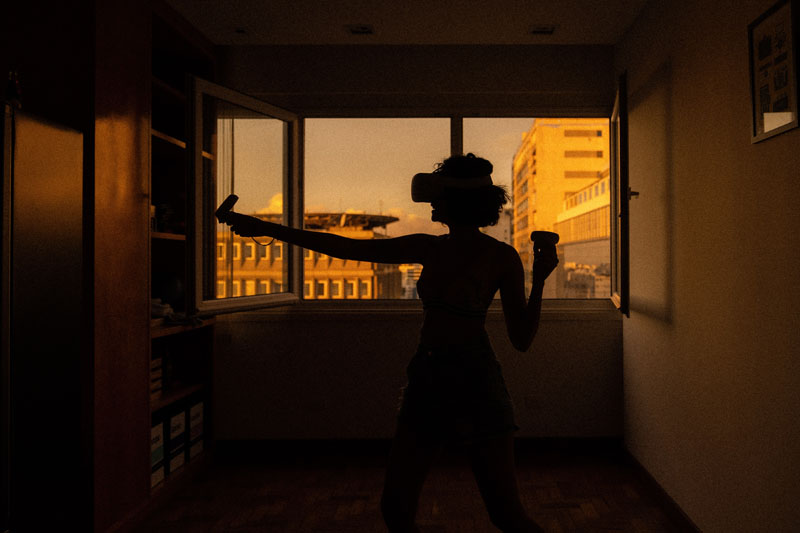 Side effects that the metaverse will bring us

Although the metaverse is still nothing more than an entelechy, it is worth asking some questions related to certain areas related to this virtual cosmos. These are questions that, today, have no answer, but that Professor Bourdin throws into the air with the aim of going deeper into the matter. These are some of them:

What will be the ethics of this world?

How will this “cyber-feast” be regulated?

Who will be in control?

Who will decide the rules?

What will be the role of governments?

We will see if time, little by little, reveals the answers to these and other questions that the announcement of the metaverse awakens. To this day, the only thing we know for sure is that “we who are passionate about digital technologies have a few years ahead in which we will be very entertained witnessing the race that is going to take place,” predicts Professor César Córcoles.

Metaverse: The Dangers and Opportunities of the New Virtual World