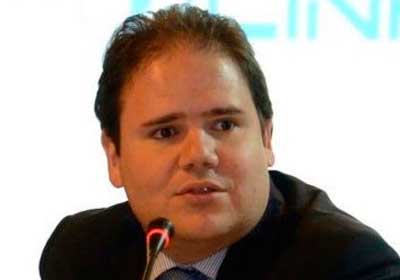 Although until now third-dimensional technology, especially in film and television, seems to be a simple passing fad that has not transcended into mass usage habits, the large Internet technology companies are committed to its implementation together with augmented reality, to create much more immersive and realistic experiences in the use of the Internet.

The concept of metaverse, the meta-universe in Spanish, was first proposed in 1992 by Neal Stephenso in his novel: “Snow Crash” which described virtual spaces in a totally immersive third-dimensional reality, as a collective and shared fictional virtual world, connected to the network and interacting with real physical spaces.

In practical terms, the Metauniverses They have been environments where humans interact socially and economically as icons, through a software in cyberspace, as an amplified metaphor of the real world, but without physical or economic limitations.

For now the Metauniverses In the broad conception in which science fiction has conceived it, it only exists at the conceptual and literary level, however, the great Internet technologies, such as Facebook and Google, work intensely on its materialization, in search of redefining the experience of use and consumption on the network.

The controversial CEO de Facebook, Mark Zuckerberg, recently in a conversation broadcast by Streaming, with Casey Newton, de The Verge[1], defined the strategy of his company for the development of a model of Metauniversos, in which users will enjoy the Internet as if they were part of the network

Although the words of Zuckerberg, they seem more like a work of fiction than a business project, in reality it is a serious and long-term initiative, in which not only Facebook invest large amounts of money, but also companies like Google Amazon.

Currently there are several large research projects funded by companies such as Facebook o Google, in which billions of dollars are being invested, both for the development of Software and Hardware, which involve not only Internet technology companies, but also providers, academics, developers and even users.

For Zuckerberg “The interactions will be significantly richer and more real”, to the point that it will be difficult for the user himself to differentiate reality from fiction:

The pilot test of Horizon Workrooms

At the beginning of August and precisely with the purpose of materializing the initiatives of Metauniversos, Facebook launched the beta test of the app Horizon Workrooms that will allow business meetings with a personalized avatar, allowing headset users to Oculus Quest 2 hold meetings as recreated avatar versions of themselves.

The objective of Facebook is to take advantage of the fact that many companies around the world continue to work from home due to the Covid-19 pandemic.

The vice president of Facebook of his grupo Reality Labs, Andrew “Boz” Bosworth, assured Reuters that the new Workrooms application gives “a good idea” of how the company views the elements of the Metauniversos[5].

Impact on the business world

While the Metauniverses could be seen by many as a type of eccentricity typical of social media, its potential is much more extensive and it can become a very lucrative business, on the one hand, it will allow to enhance the growing market of NFT, translated as “Token no fungible”, O cryptographic tokens, which serves to represent something unique and non-reproducible, a graphic evolution of crypto assets that is already becoming a multi-million dollar business and that thanks to “Metaverso” or “Metauniversos” possibly it will become a market for digital art that could be even much more lucrative than that of traditional art[7].

Additionally the Metauniversos It will impact businesses such as real estate, through which it will allow the client to know a property in a virtual way before buying it.

In the field of retail, the Metauniverses will allow customers to try on clothes before buying them, or explore the characteristics of any product beforehand, in a virtual and immersive way and in 3D.

In conclusion, the Metauniverses, or metaverses, is a great bet in which companies like Facebook, Google and Amazon They have been investing a lot of money, time and knowledge to offer immersive experiences that are much more attractive for their clients, while this type of development will significantly transform many businesses such as real estate, clothing or vehicles.

Only time will tell if this initiative ends up being a passing fad, as happened with 3D televisions, or if it will effectively transform consumer habits on the Internet and the digital cyber landscape, as it promises. Mark Zuckerberg Ceo de Facebook.

[1] MARK IN THE METAVERSE: Facebook’s CEO on why the social network is becoming ‘a metaverse company: The Verge Podcast

[2] MARK IN THE METAVERSE: Facebook’s CEO on why the social network is becoming ‘a metaverse company: The Verge Podcast

[4] MARK IN THE METAVERSE: Facebook’s CEO on why the social network is becoming ‘a metaverse company: The Verge Podcast

[5] Forbes and Reuters Article on the Horizon Workrooms Pilot Test

[6] Forbes and Reuters Article on the Horizon Workrooms Pilot Test