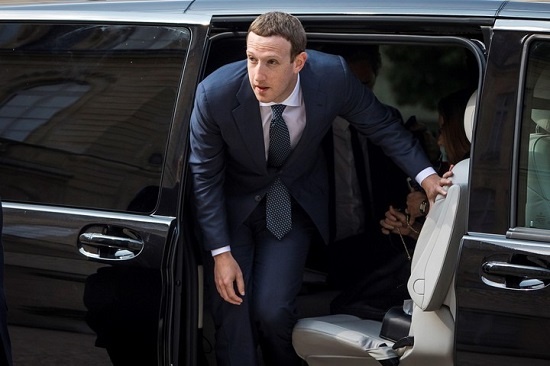 Facebook’s corporate name change to Meta has not come without criticism. And, probably, the company led by Mark Zuckerberg is right now the company under the greatest pressure in the world.

Many see this change as an attempt to wash the image after the hard weeks of the conglomerate by the leak of the “Facebook Files”, which according to the person in charge, the former employee Frances Haugen, expose that the company repeatedly put “growth above the security “of its users.

Zuckerberg defended that Meta better represents the current work of the company, which goes beyond social networks and is entering the virtual reality industry with force.

Specifically, Meta is related to the so-called “metaverse”, a kind of future virtual world where people can play, work and communicate and that Zuckerberg is betting heavily on it.

Changing the corporate name is a common practice in large conglomerates, but the timing of Meta’s appearance has raised doubts among skeptics.

On what, then, are the criticisms of Zuckerberg based?

The “Facebook Archives” leak and Frances Haugen’s remarks have been difficult weeks of public scrutiny for Mark Zuckerberg.

The first criticisms are produced by what many interpret as a way to divert attention from the bad moment of the company.

Alexandra Ocasio-Cortez, a member of the United States House of Representatives, reacted quickly by ironing on Twitter to Zuckerberg’s announcement.

“Target like ‘we are a cancer for democracy metastasizing into a global surveillance and propaganda machine to drive authoritarian regimes and destroy civil society … for profit!'” He wrote.

James Clayton, a North American technology reporter for the BBC, says this move by Facebook appears to be “trying to divert attention away from the torrent of negative news about the company.”

And is that for many critics the Facebook brand has become toxic.

One of the main criticisms of Facebook has been the toxic culture that Instagram represents for the mental health of many young people.

“We have already seen senators (in the US) ignore the name change, with one of them describing the move as ‘cosmetic’.

Among the Haugen leaks, it is exposed that Facebook is responsible for fostering a “toxic” culture for young people on Instagram, that the social network helped “fuel” the violence of the Capitol riots in January and that it treated high users differently. profile, among other accusations.

And while Zuckerberg defended himself that it was all a “coordinated effort to paint a bad image” of his company, this did not convince the most staunch critics.

Allen Adamson, co-founder of Metaforce, a marketing company, likened Zuckerberg’s move to some kind of stunt from the Wizard of Oz.

“Do not pay attention to the person behind the curtain (…) look into the metaverse and do not worry about what happens on Facebook,” Adamson ironically told Reuters.

“I know we hurt children, but I don’t care,” says a cartoon of Zuckerberg during a recent protest in London.

In an interview with the technology medium The Verge, Zuckerberg assured that the recent cycle of negative news “had nothing to do with this.”

“Although I think some people might want to make that connection, I think it’s a little ridiculous,” he said.

A name for something that doesn’t exist yet

Another of the doubts left by Zuckerberg’s announcement is the creation of a name for something that does not yet exist: the metaverse.

Although the CEO insisted that it was a long-term product, Clayton, the BBC reporter, exposes that “having a name completely unrelated to your main product is a strange thing.”

And is that most of the company’s income continues to come from advertising on social networks Facebook and Instagram.

In addition to the name, Facebook also replaced the logo that presides over the company’s headquarters in Menlo Park, California.

Finally, changing your parent company name is not always synonymous with success.

In 2015, Google changed its name to “Alphabet,” but Clayton says almost no one refers to the company that way.

“The constant criticism of how Zuckerberg runs his social media must be grueling,” says Clayton.

“In that sense, the division is logical. However, we will have to wait and see if people accept it.”