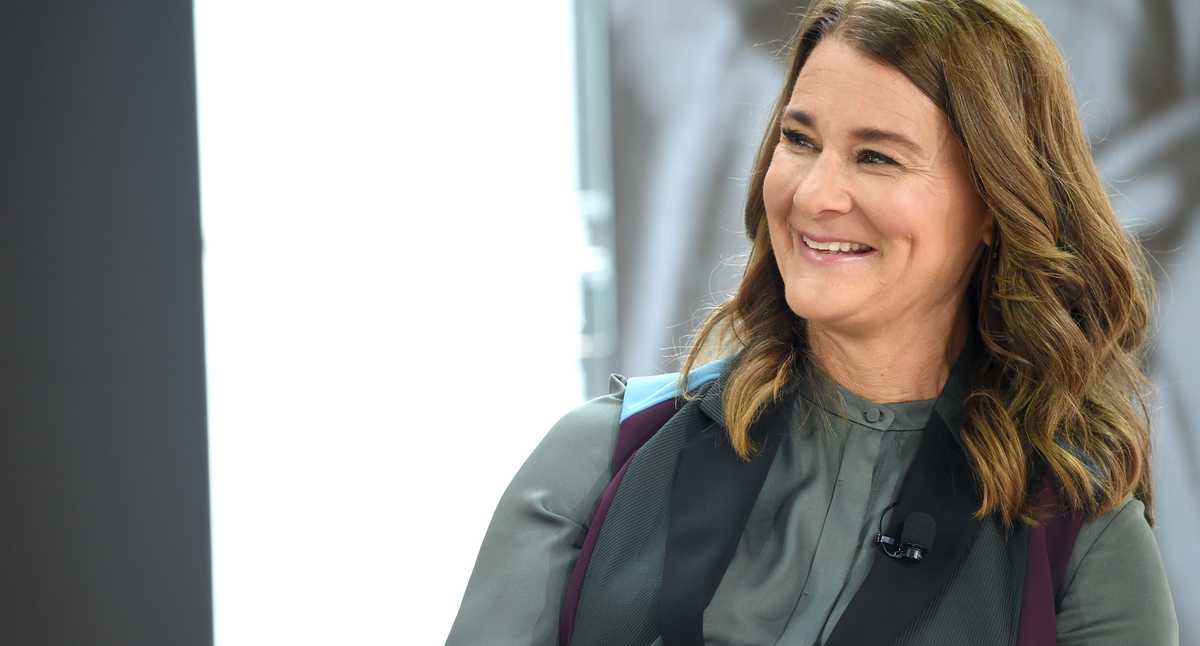 Melinda Gates, ex-wife of billionaire Microsoft co-founder Bill Gates, gave an interview to the host of CBS MorningsGayle King, in which she talked about what her sentimental life has been after her divorce, and said that she is “poking her toe” in romance and “definitely” is open to finding love again, since she is dating with some suitors.

“You know, I’m dipping my toe in that water a little bit. I feel like I’m in a really good place. And I’m very, very excited about my life and the world, the work that lies ahead of me.”said.

He also referred to the multiple romances his former partner had and the times he insisted on maintaining a close relationship with the late pedophile Jeffrey Epstein, despite his questionable reputation.

“It wasn’t just one thing, it was many. Any of the remaining questions about what Bill’s relationship with him was … are for Bill to answer, ”Melinda assured of the reasons that led to her romantic relationship with Bill Gates ending. The woman acknowledged that she forgave an affair in the year 2000, but that since then her trust in the relationship “was broken” and that she later also found out that he had been unfaithful to her on more than one occasion. chance.

In fact, Several members of the Microsoft board of directors decided in 2020 that Gates should withdraw from the body while an investigation was carried out into a sentimental relationship that the tycoon had with an employee of the organization, which was qualified as “inappropriate”, according to The Wall Street Journal.

At the time, “Gates resigned before the investigation was completed,” added the WSJ. In addition, a spokesman for the billionaire businessman told that media outlet that the tycoon had an “affair” with the employee almost 20 years ago, which “ended amicably.”

In the recent interview with the television program CBS MorningsMelinda also assured that the time she met Jeffrey Epstein immediately “regretted” doing it. “He was abominable, evil personified. I had nightmares about it afterwards,” she claimed.

“That is why my heart breaks for these young women,” he added, referring to the women who were victims of sexual abuse by Epstein when they were minors. Epstein was a financial tycoon accused of child sex trafficking and who committed suicide in prison in 2019 while awaiting trial for his alleged crimes.

“I wish him well. I did not do anything wrong”

When asked about her current relationship with Bill Gates, after their separation in May of last year after 27 years of marriage, Melinda acknowledged that they maintain a good relationship, but they no longer consider themselves “friends”. “I wish him the best,” he assured, while emphasizing that during the years of marriage he did nothing wrong and can “keep his head up”.

However, he revealed that last year he cried several times on the carpet, when they publicly communicated the decision to separate. “After much thought and much work on our relationship, we have made the decision to end our marriage. (…) We do not believe that we can continue to grow as a couple in this new phase of our lives, “they both reported at the time.

It should be noted that in August of last year, Bill Gates himself referred to his link with the pedophile Jeffrey Epstein. “It was a big mistake to spend time with him, to give him credibility by being there,” Gates said at the time during a dialogue with journalist Anderson Cooper from the US media CNN. The renowned businessman also explained that he only met with Epstein with the aim of raising more money to treat global health problems.

“I had several dinners with him, you know, hoping that what he said about getting billions of dollars of philanthropy for global health through the contacts that he had could come out,” added Gates, who stated that After several encounters, the relationship between the two ended.