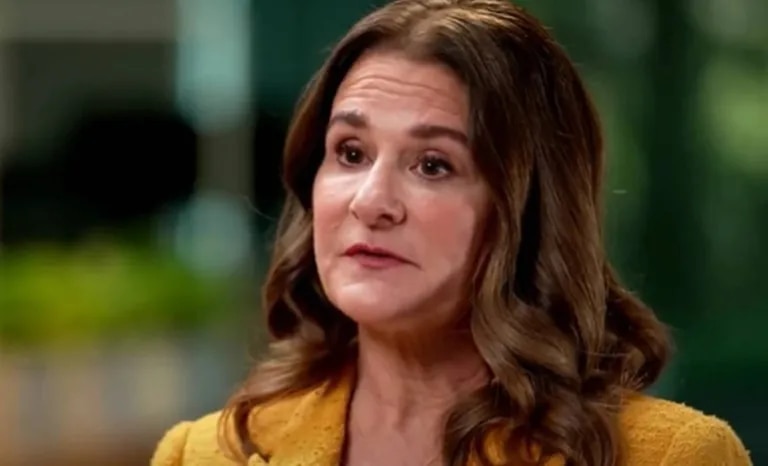 Melinda Gates57, gave an interview to the CBS program and there she spoke, among other topics, about the reasons that led her to divorce Bill Gates. Because of the marriage breakup, she said that for hard times.

In a sneak peek of her conversation with Gayle King, the philanthropist says there was no specific moment when she knew their relationship had ended or led to their divorce after 27 years of marriage.

the presenter wanted to know more about the affair that her ex-husband had with one of his employees twenty years ago, which a spokesperson for the Microsoft co-founder confirmed in May 2021. “I certainly believe in forgiveness, so I thought we had sorted out some of that.”Melinda replied. She also added, “It wasn’t a specific time or thing that happened. There just came a time when I realized it wasn’t healthy to be together and I couldn’t trust what we had.”

“Once trust is broken, it’s hard to get it back, right?”, King asks Gates. “A lot. It is very difficult to recover it. But in any relationship, right? ”, He said with a sad smile in one of the images that, for the moment, were leaked from the interview.

Melinda recounted that the end of her marriage was a very turbulent time emotionally for her and that he cried “many tears” for many days. “I was literally lying on the floor, on the carpet, thinking ‘how can this be? How am I going to get up? How am I going to go on?’” she recalled.

In turn, she said that at other times she felt more angry than sad: “It’s part of the grieving process. You are grieving the loss of something you thought you had and thought you would have for a lifetime. It’s kind of painful.”

These days, however, Melinda says she feels like she’s “starting to get to the other side” of her “healing journey.” On that, she explained: “I feel like I’m turning a page on this chapter. I mean, it’s 2022 and I’m really excited for what’s to come and the life that’s ahead of me.”

Bill and Melinda announced the end of their nearly three-decade marriage in May 2021 with a joint statement on Twitter. “After thinking and working a lot on our relationship, We have made the decision to end our marriage.”

They also added: “Over the past 27 years, we have raised three incredible children and built a foundation that works around the world to enable all people to lead healthy and productive lives.. We continue to share a belief in that mission and will continue our work together at the foundation, but we no longer believe that we can grow together as a couple in this next phase of our lives. We ask for space and privacy for our family as we begin to navigate this new life.” They officially divorced in August.

Melinda broke the silence about her divorce and recalled Bill Gates’s infidelity: “I couldn’t trust”