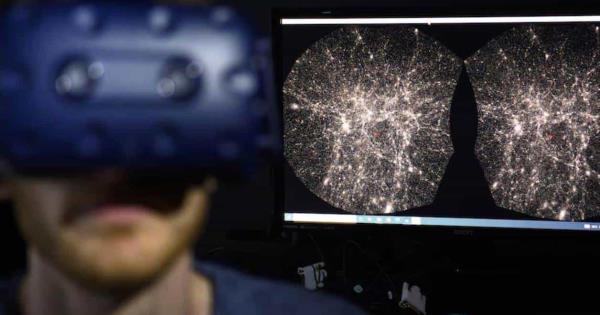 A software engineer explores a three-dimensional map with a virtual reality headset.

It’s the next evolution of connectivity, where all of those things begin to come together into an integrated universe that mimics ours, so you live your virtual life the same way you live your physical life. ”Victoria Petrock, Emerging Technologies Analyst

When Mark Zuckerberg announced ambitious plans to build the “metaverse,” a virtual reality designed to supplant the internet and merge virtual life with real life, and promised that it could “do almost anything you can imagine.” But it may not be such a good idea.

The CEO of Facebook even renamed the company as Meta to underline the importance of effort. When making the announcement at the end of October, he said that with the metaverse, users will be able to go to virtual concerts with their friends, practice fencing with holograms of Olympic athletes and, best of all, join mixed reality business meetings where some participants are physically present while others will broadcast from the metaverse as avatars, or cartoons.

But it is very easy to imagine the disadvantages. Suppose the metaverse also allows for a much larger, but more personal, version of the harassment and hatred that Facebook deals with to this day.

Or does it evolve into a vast collection of virtual gated communities where every visitor is monitored, analyzed, and bombarded with ads? Or do you renounce any attempts to restrict users’ freedom, allowing scammers, human traffickers, and cybercriminals to commit crimes with impunity?

Imagine an online stalker campaign where instead of written phrases there is instead a group of angry avatars and the only way out is to turn off the machine, said Amie Stepanovich, executive director of Silicon Flatirons at the University of Colorado.

That’s one of the reasons why Meta it might not be the best institution to get us into the metaverse, said Philip Rosedale, founder of the virtual escape Second Life, which was an internet craze 15 years ago and still attracts thousands of virtual inhabitants.

The danger is creating public spaces online that attract only a “homogeneous and polarized group of people,” Rosedale said.

In a security tutorial, Meta advises users of its flagship VR product Horizon to treat their fellow avatars with kindness and offers tips for blocking, silencing or reporting those who don’t, but Rosedale says it will take more than a “monitor schoolyard “to avoid a situation that rewards those who shout the loudest.

It is unclear how long it will take Meta, or anyone else investing in the metaverse, consider such questions. Until now, tech giants from Microsoft and Apple, as well as video game makers, are still largely focused on debating the “plumbing” of the metaverse.

Evan Greer, a Fight for the Future activist, said it’s easy to see the ad for the Meta Facebook as a cynical attempt to distance itself from all the scandals the company faces. But he cautions that the goal of Meta it’s even scarier.

The term “metaverse” seems to be everywhere. Facebook will hire thousands of engineers to work on it, and video game companies present their long-term plans for what some see as the next big innovation on the internet.

The metaverse is the idea that dominates the imagination of the tech industry right now.

It could be the future, or it could be a bombastic new vision from the CEO of Facebook, Mark Zuckerberg, which does not go as expected or takes years to become popular, if that happens.

In addition, many are suspicious of a new world on the internet associated with a social media giant that could access even more. data personal and has been accused of failing to stop harmful content.

Think of it as the internet coming to life, or at least viewed in three dimensions. Zuckerberg has described it as a “virtual environment” that you can enter, rather than look at a screen. Basically it is an infinite world of interconnected virtual communities in which people can meet, work and play with virtual reality devices, augmented reality glasses, applications on smartphones and other devices.

It will also include other aspects of digital life, such as shopping and social media, according to Victoria Petrock, an analyst who follows emerging technologies.

“It’s the next evolution of connectivity, where all of those things start coming together in an integrated universe that mimics ours, so you live your virtual life the same way you live your physical life,” he said.

But keep in mind that “it’s difficult to define a label for something that hasn’t been created yet,” said Tuong Nguyen, an analyst who follows immersive technologies for research firm Gartner.

Facebook warned it would take 10 to 15 years to develop interactive products for the metaverse, a term coined by writer Neal Stephenson for his 1992 science fiction novel “Snow crash.”

Of course, Zuckerberg has bet heavily on what he sees as the next generation of the internet because he believes it will be a big part of the digital economy. He hopes that in the next few years, people will start to see Facebook as a metaverse company rather than a social media company.

According to a report from the news site The Verge, Zuckerberg is studying using Facebook’s annual virtual reality conference, which takes place next week, to announce a corporate name change and group its traditional apps like Facebook and Instagram under one company. matrix. Facebook has not commented on the report.

Critics wonder if the possible change could be an effort to distract from the company’s crises, such as antitrust investigations, statements from former employees and concerns about its handling of misinformation.

– It seems clear that Facebook wants to take its business model, based on using data personals to sell targeted advertising.

– That raises new security concerns, Nguyen said, revolving around “all the problems that we have today, plus some that we have yet to find out because we’re still figuring out what the metaverse will do.”

– Petrock said she was concerned that Facebook would try to open the way to a virtual world that would require even more data personal and would offer more potential for abuse and misinformation, given that it has not yet resolved those issues on its current platforms.

– “I don’t think they have fully thought about the risks,” he said. “I’m afraid they’re not necessarily thinking about all the security implications of the metaverse.” 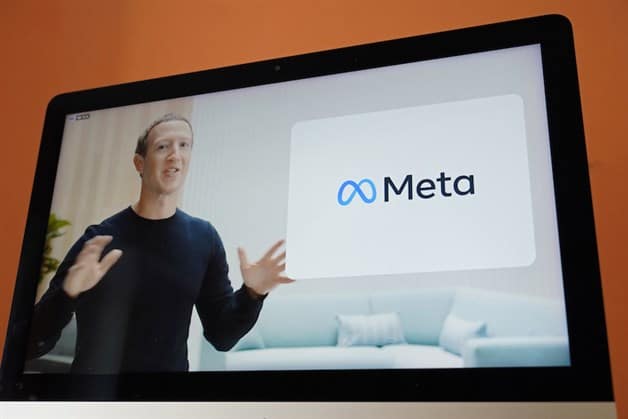 Mark Zuckerberg seen on the screen of a device.