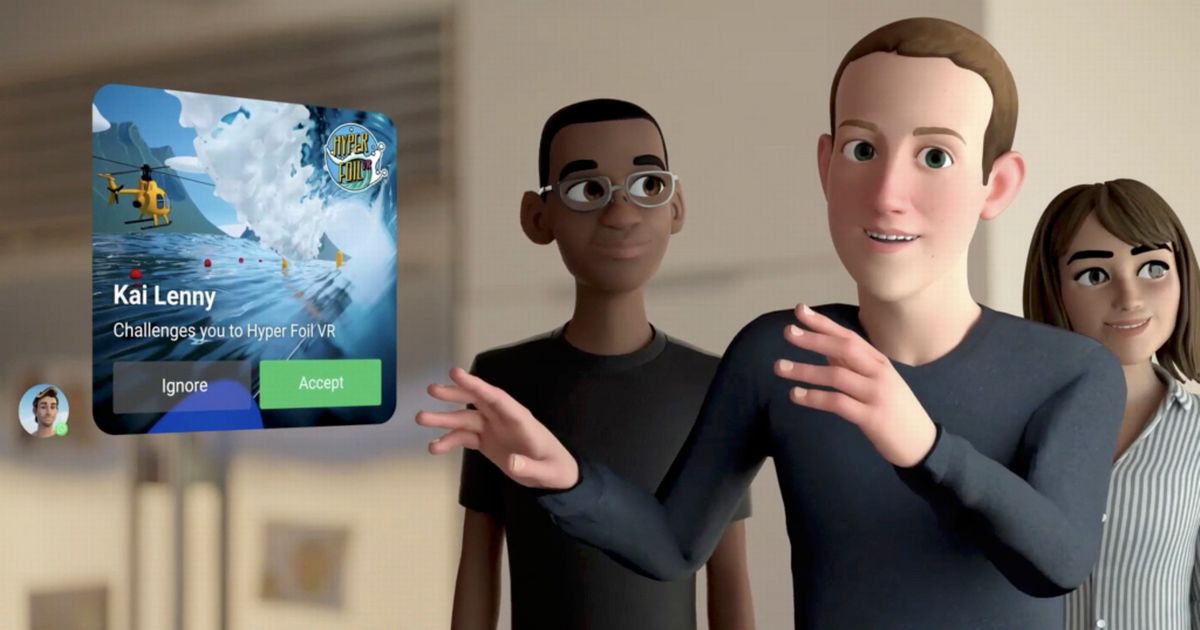 Mark Zuckerberg has announced that people will be able to sell virtual goods and properties in the metaverse just like in real life, as long as they get a cut.

On Monday, Meta’s CEO announced that creators would be able to sell “virtual items and effects” within Horizon Worlds, the company’s main metaverse app.

These include virtual fashion accessories for player characters, access keys to ‘paid’ areas of a metaverse world, or even in-game property.

However, there is a catch. Sellers will only get about half of what they make, as Meta will take a 25 percent cut on top of a 30 percent transaction fee at its own Oculus Quest store.

A Meta spokesperson told the NY Post that the figure was accurate, but that Horizon Worlds will eventually be available on hardware from other companies, who may set their own transaction fee.

Vivek Sharma, vice president of Meta’s Horizon, said the charge is “a pretty competitive fee in the market.”

He told The Verge: “We believe that the other platforms can have their part.”

“You all need to be able to support yourself and make a living building these amazing experiences that people have. We’re still pretty early in the journey, but all things [you’re] building is awesome,” Zuckerberg told the creators of Horizon in a video posted Monday.

In the past, Zuckerberg has repeatedly criticized companies like Apple and Google for charging app store fees of up to 30%, even though he now charges nearly 50% in fees on Horizon.

The Metaverse allows you to create a virtual avatar of yourself and explore worlds in 3D (Image: Meta)

Using technologies such as virtual reality and augmented reality, the metaverse will allow people to be ‘physically’ present in a virtual world.

Metaverse ‘real estate’ companies are spending millions of pounds each year buying up land and property in the VR world in the hope of making a profit.

Mark Zuckerberg Will Let People Sell Stuff On The Metaverse, If He Gets A 50% Cut – Home