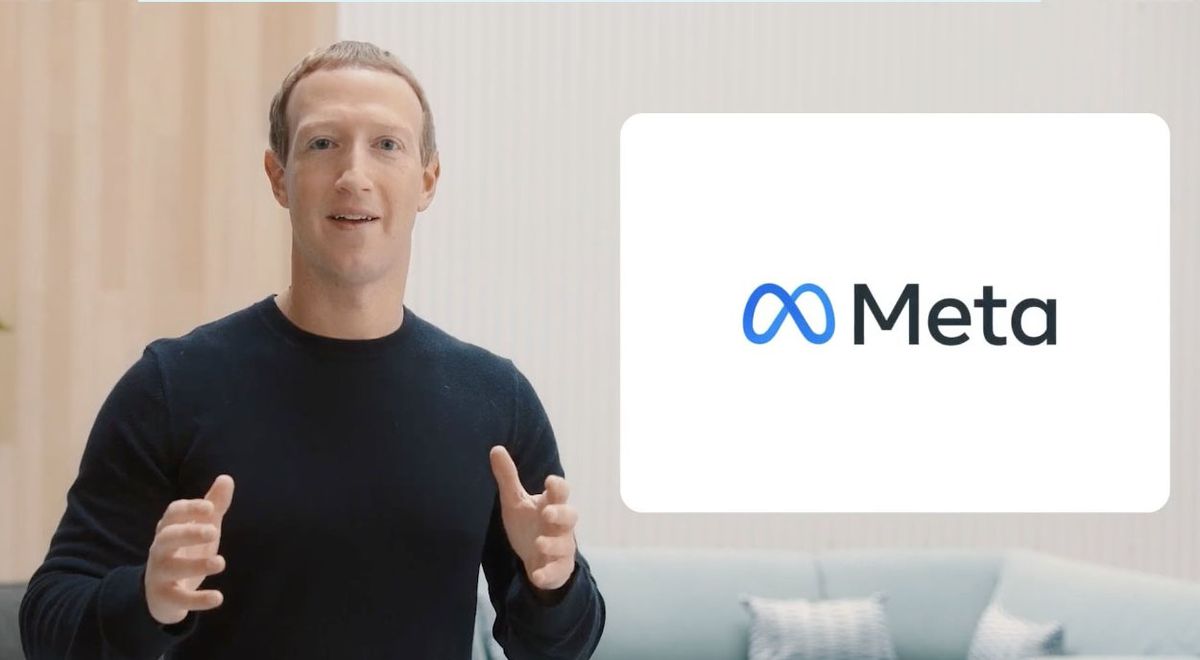 A radical change. After the scandals in which Facebook has been involved and the complaint of its former employee Frances Haugen, the reputation of the company has been undermined. For this reason, its CEO and creator Mark Zuckerberg has announced that the company is changing its name to look to the future and will now be called Meta.

With this new image, Facebook tries to reflect its new bet and introduces an infinity symbol as a representation of Meta. The announcement was made during the event Facebook Connect 2021.

Meta is part of Mark Zuckerberg’s new project which he has called ‘metaverse’ which will mean the new step of the internet. Instead of seeing a screen, you will see an interconnected virtual world in which it will be possible to carry out any activity with the use of virtual reality devices such as the use of augmented reality glasses.

YOU CAN SEE: Facebook: learn how to upload videos in FULL HD or 4k easily

Another fundamental aspect of its operation is interoperability, since it will be made up of different platforms that are interconnected so that we can move freely from one to another.

“Facebook was created to connect people and now we will connect people through the metaverso”, He highlighted Mark Zuckerberg after expressing that investing in this project is going to be a great step forward.

One of the examples of this ‘metaverse’ is Horizon, a kind of Second Life in virtual reality. According to Blomberg calculations, this business could amount to as much as $ 800 billion in 2024.

YOU CAN SEE: Facebook: so you can see the posts you liked

When people who are not your friends on Facebook send you a message, it is placed in a special folder. Sometimes this can lead you to miss an important message because Messenger it doesn’t always alert you.

To find the folder, go to the Facebook Messenger app home page, tap the Menu icon and then Message Requests.