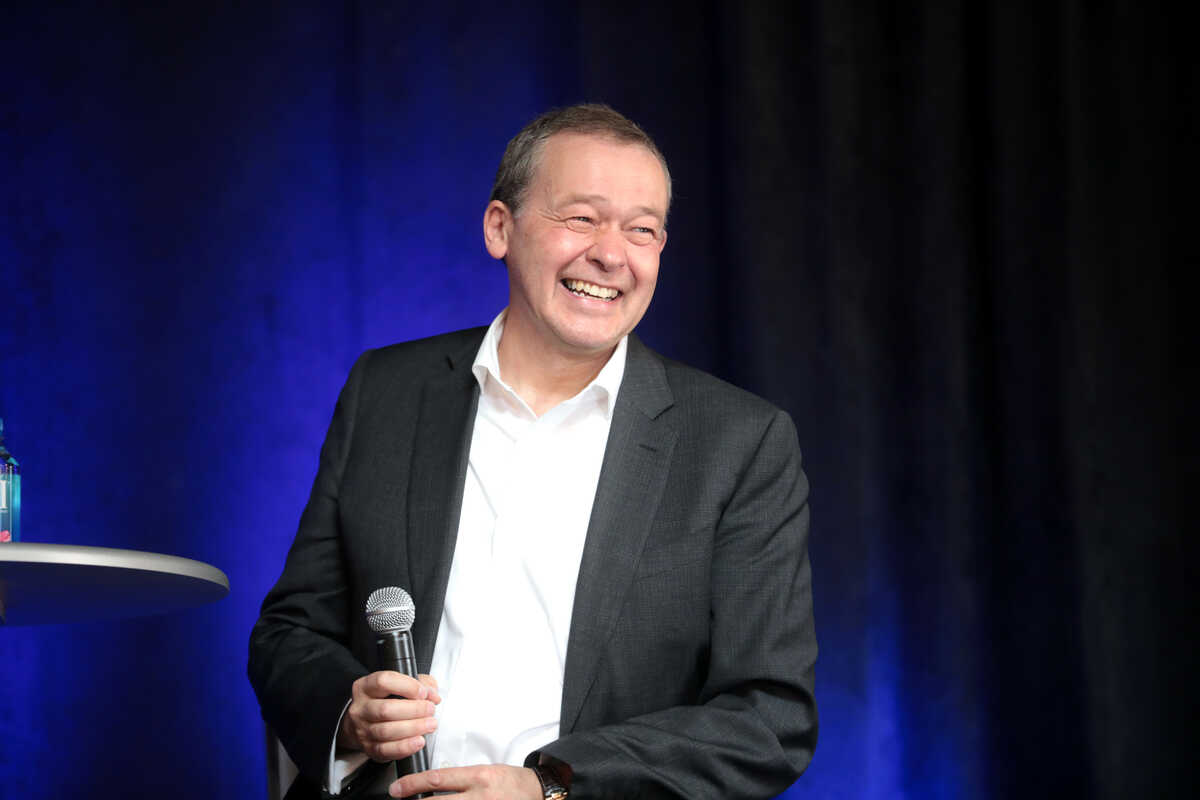 The CEO of Tesla, Elon Musk, is peppered again by a verbal excess committed on Twitter. The origins of the controversy go back to May, when Musk said of Peter Rawlinson, who is now CEO of Lucid Motors, who was never a chief engineer at Tesla and his role was less important. Rawlinson has come out about it in a recent interview with the “Axios on HBO” show. He has described it as “Historical revisionism”.

Elon’s words were: Rawlinson was never a chief engineer. He came in after the Model S prototype was completed, left before things got complicated, and was solely responsible for body engineering, not powertrain, battery, software, production, or design. “. It was a response to the tweeter Luis (@MeetLuis) in which Mr. Rawlinson had been mentioned.

In the interview with Rawlinson by HBO, who boasts of not having a presence on social networks -or Twitter- considering that he has nothing interesting to say, he jokes that he has business cards and SEC documents in which he says that he is chief engineer. We have two versions that are not much alike, so we have to solve the unknown based on a newspaper library.

As they point out in InsideEVs, the newspaper library is not favorable to Elon Musk. We have to go back 11 years, when the Tesla blog published an entry: “Tesla Motors Announces Senior Engineers and Manufacturing Executives”. It starts like this: “Peter Rawlinson, Vice President and Chief Vehicle Engineer, is responsible for the technical execution of the Model S, and for leading a world-leading vehicle engineering team”.

That information also appears in the internet archive of the Tesla website -as this has changed-, where Peter Rawlinson appears as chief engineer. Outside the company there have also been traces of his position, such as the press conference held at the Detroit Motor Show in 2011 recorded by The Auto Channel. You can go to the precise moment in which it is named in this link.

In two other videos on the official Tesla channel, called “Tesla Vehicle Engineering” (Part 1 Y part 2), Rawling is coming out as vice president of engineering, and they are from January 2011. In any case, It seems clear that he did more than just body engineering., as Musk pointed out. We do not know if Elon suffered a specific memory problem or wanted to have an extremely ugly detail with one of the engineers who has done the most to leave Tesla where he is now, and has knowingly lied.

If something can be said about the Model S, it is that it has good engineering, it is on its way to 10 years in the market, and that is saying enough. However, it should also be remembered that Rawlinson left his position at the Fremont company in January 2012, prior to the market launch of the Model S, suggesting that the fluff that both executives have comes from far behind.

At the time, his departure on personal matters in his native country, the United Kingdom, was excused. Rawlinson said about it on HBO that his elderly mother needed him and his boss [Elon Musk] I was not treating him very well

From Lucid Motors they have not wanted to feed the controversy and have not expressed themselves in this regard, they have only said that Mr. Rawling has more important concerns right now, such as his current company. Models like the Jaguar X-Type, XJ and F-Type, Land Rover Freelander and Discovery, Ford Fiesta, Honda Accord, BMW 5 Series and Bentley Continental are on Mr. Rawling’s resume, and that was after working for Lotus as an engineer. chief. The same Tesla website said so.