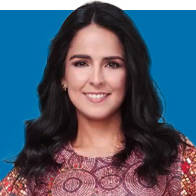 Dear Jeff, I already heard that you joined the clan of billionaires who are investing in discovering how to live forever, or at least prevent aging, by reprogramming cells to stop the degeneration of the body’s organs.

Well, you can do whatever you want with your money, but I warn you that if you and your rich friends get away with it, you’re going to end up messing the world up. I start with the obvious: to you who live in opulence, it may seem wonderful to live forever or to exceed 100 years; But on a planet where almost half the population lives on less than US $ 5 a day, creating the possibility that those who can afford treatment grow old as if they were 20 is to widen the inequality gap and convert aging and death in another one of those things that only happens to ‘those poor poor people’.

Don’t even think about telling me that the eventual findings will be at the service of all humanity, because you see what happened with the covid vaccines: only a handful of rich countries have been able to guarantee vaccines for their entire population. Do you understand the impact of this in a world in which conflicts for different types of discrimination are increasing?

You ask me if it is that I am not aware that if it weren’t for the free work of brilliant minds in the service of science, I – who am 43 years old – would already be about to die, since life expectancy is just a couple of years ago. centuries did not exceed 40. I anticipate to answer that science is welcome in favor of the world and all living beings being better, but, with an overpopulated planet, a humanity devastating the environment, enormous unemployment levels for the new generations, or job offers that do not satisfy what the beings of this century want, do you think that putting science at the service of preventing people from dying naturally or living exaggeratedly will lead us to live better?

At what time do we allow it to be so important to see ourselves as beardless youths, and so degrading to look sculpted by life!

Now, what is the problem with death and old age? Don’t you think that instead of putting your billions at the service of deepening the stigmas against natural processes, which are part of life, you could use your enormous influence to revalue them? At what time do we allow it to be so important to see ourselves as beardless youths, and so degrading to look sculpted by life!

You will tell me that many adore old people like the Dalai Lama, Pope Francis or the former presidents of your country, but the reality is that the world despises the old, or what about that 15.7% of people older than 60 years suffered some kind of abuse in the last year, according to the WHO? Furthermore, even without suffering, many consider death to be something desirable, a rest, or, as Eastern philosophies teach, a transition to rebirth.

It is very possible that none of my arguments detract from your enthusiasm for your search for eternal life and eternal youth, the truth is that I do not expect you to divest in “Altos Lab”, but what I would like is for you to review these figures from the UN: since 2018 the population over 65 years of age is more than those under 5, and by 2050 the number of people over 80 will triple. There are less than 30 years left to get there and we have not yet found how to guarantee well-being in their lives. golden years for this population, among other reasons because the pension model with which we have more or less worked until now has already been exhausted.

How about you spend some thick talk in finding the square of this circle, so that the world can benefit from what some already call the ‘silver-economy’, before continuing to pretend to turn you and your billionaire club into living statues. ?

With respect and admiration, CP.

(Read all columns of Claudia Palacios in TIME, here)