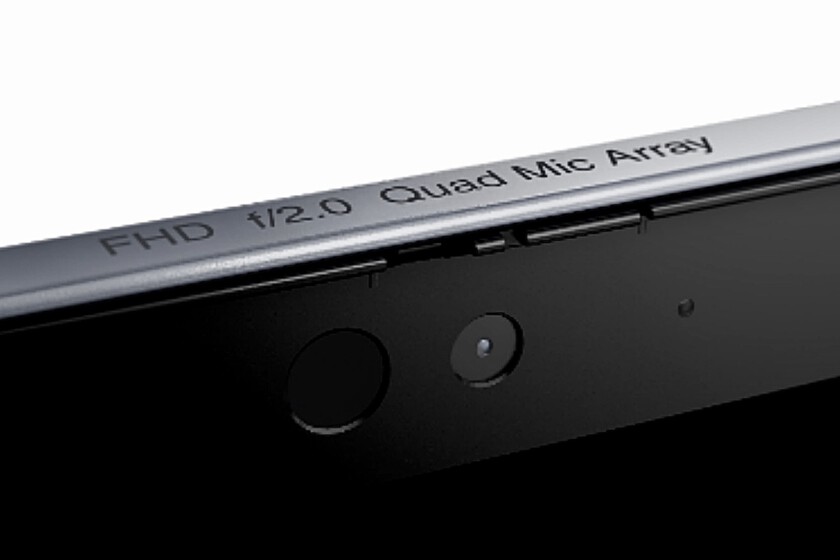 One of the novelties that Lenovo has presented in equipment such as the ThinkPad X1 Carbon in this CES 2022 has been the call ‘Communications Bar‘or’ communications bar ‘, an element that draws especially from the webcam that these teams make up but that It is equipped with some worrying functions for our privacy.

This webcam is (a little) scary

The webcam – accompanied by an array of four powerful microphones – is indeed an interesting element in these equipment because in addition to recording in 1080p resolution, it now has a 1.4 micron sensor which allows for better image quality even in low light conditions.

But nevertheless the problem is in the new machine vision technology (‘Computer Vision’) that makes use of a Neural Processing Unit (NPU) that generates metadata from the images captured by the integrated camera.

These metadata are based on “recognized artificial intelligence recognition and modeling systems”, and although in Lenovo they emphasize that images are not stored for this processing, suspicions appear when the benefits of this system are revealed.

The new Communications Bar has the so-called Human Presence Detection, a system “that recognizes human beings and their intention to use the PC, as opposed to a colleague passing by the office or a cat at home“.

This system allows the team “wake up and unlock for that user only“Which according to Lenovo adds an additional layer of comfort for users. This is basically an extension of what was already achieved with Microsoft’s Windows Hello technology, but which is permanently active with virtually no user intervention.

Not only that: the artificial vision system knows when we look away from the screen, being able to turn it off or reduce its brightness to avoid energy consumption in those moments and thus extend the autonomy of the equipment.

This technology is also responsible for notifying us even of a bad posture in front of the screen, but also is able to detect if someone is looking over our shoulder and “gossiping” in our content without permission, which according to Lenovo improves the privacy of our sessions with the computer.

Lenovo’s good intentions may be perfectly legitimate, but this type of invasive systems they pose problems for users who simply prefer not to feel observed at all times.


The new Xiaomi 12 and Xiaomi 12 Pro are governed by a Snapdragon 8 Gen 1 and therefore have potential support for an ‘always on’ webcam, but it is not yet clear if that option is available in them.

In fact Lenovo is not the first to do something like this: Qualcomm recently presented its new mobile SoCs, the powerful Snapdragon 8 Gen 1, and one of its novelties precisely enabled many of the functions that we now also see in the Lenovo Communications Bar.

Thanks to these chips, future mobiles that take advantage of them will have the possibility of integrate an “always-on” front camera (“always on”) that precisely detects if we are looking at the screen to turn it on or off, but can also be configured to avoid curious stares.

Those responsible for Qualcomm they explained the technical operation of the system in future mobiles, highlighting that this chain formed by the camera, a low-power ISP and the artificial intelligence algorithm are specially protected so that no code can be injected.

It is also to be expected that those future mobiles have an activation or deactivation system for that option, as will also happen in the ThinkPad X1 Carbon that integrate it, but it may be used by many users without taking into account the potential risks to privacy.

Those ‘always-on’ cameras are also typical of products like Google’s Nest Hub Max, the smart screen that is able to recognize the user’s face when it appears thanks to technology Face Match.

The option seems striking, but as in the case of Lenovo, the inevitable suspicions appear that having a camera always watching us the same is not a bad idea. Taking into account that the laptop or mobile are much more sensitive devices and with more private information than a smart screen can have, the concern of misuse or the appearance of a vulnerability in these systems is even greater.


All this reminds us of the famous photo of Mark Zuckerberg in which you could see how the creator of Facebook he also covered the webcam of his laptop. He did it, like many other people, to avoid potential cyberattacks that take control of the webcam without us finding out through the so-called RATs (Remote Administration Tools).

That was probably one of the triggers that many manufacturers will begin to integrate privacy switches in the webcams of their computers. What an irony: in 2018 we celebrated that Lenovo integrated this mechanism into the ThinkPad X1 Carbon, and now the same company worries us with this new computer vision system. In the end it is true that we have an easy solution in these laptops: cover the webcam, like Zuck’s (good?).