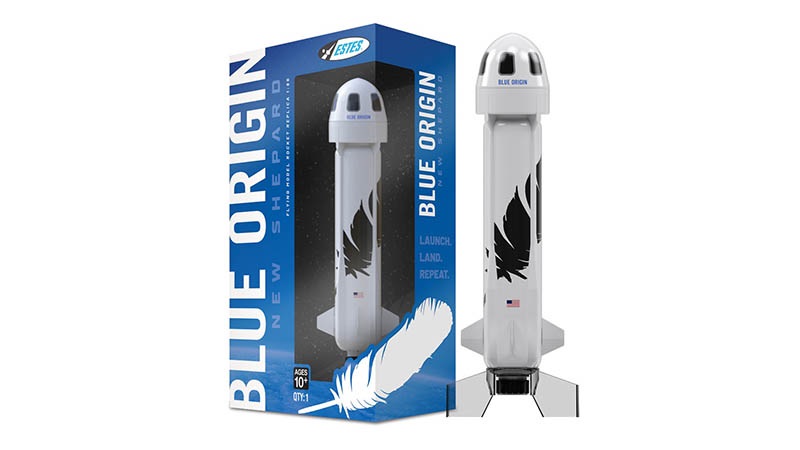 Blue Origin is a private company dedicated to the study, manufacture and innovation of space rockets belonging to the owner of Amazon, Jeff Bezos, who recently made history by going into space using his own spacecraft, the New Shepard, The mission being a complete success, to the point that a scale figure of the rocket has just been announced and that we can purchase for a modest sum.

Recently, the private space agency, Blue Origin, launched his new spacecraft, the New Shepard and in it, the owner of the company was on board, Jeff Bezos. Both the flight and the landing were a resounding success, but to the surprise of many, it also attracted attention for all the wrong reasons and that is that the design of the New Shepard closely resembles an adult toy. So it didn’t take long for it to become a meme on social media:

It should be noted that the success of the special flight brought with it a scale figure of the rocket, which we can purchase online. This miniature ship will cost USD $69.99 in the USA, but in case we want it to take off and land, it will have a value of USD $119.99:

If you liked this content, we invite you to take a look at: The manager of the special effects of the series of The Boys, ensures that the third season will have the best effects seen to date

If you want to be aware of more news related to the world of the series, films, animes, video game and others, do not hesitate to follow us on our page Facebook e instagram, where you will find updated and interesting content We are waiting for you!

Follow is and others news at our APP HERO Sports, download to your mobile phone Android O IOS. In addition, you can follow the main esports competitions, teams and results, all in one place.