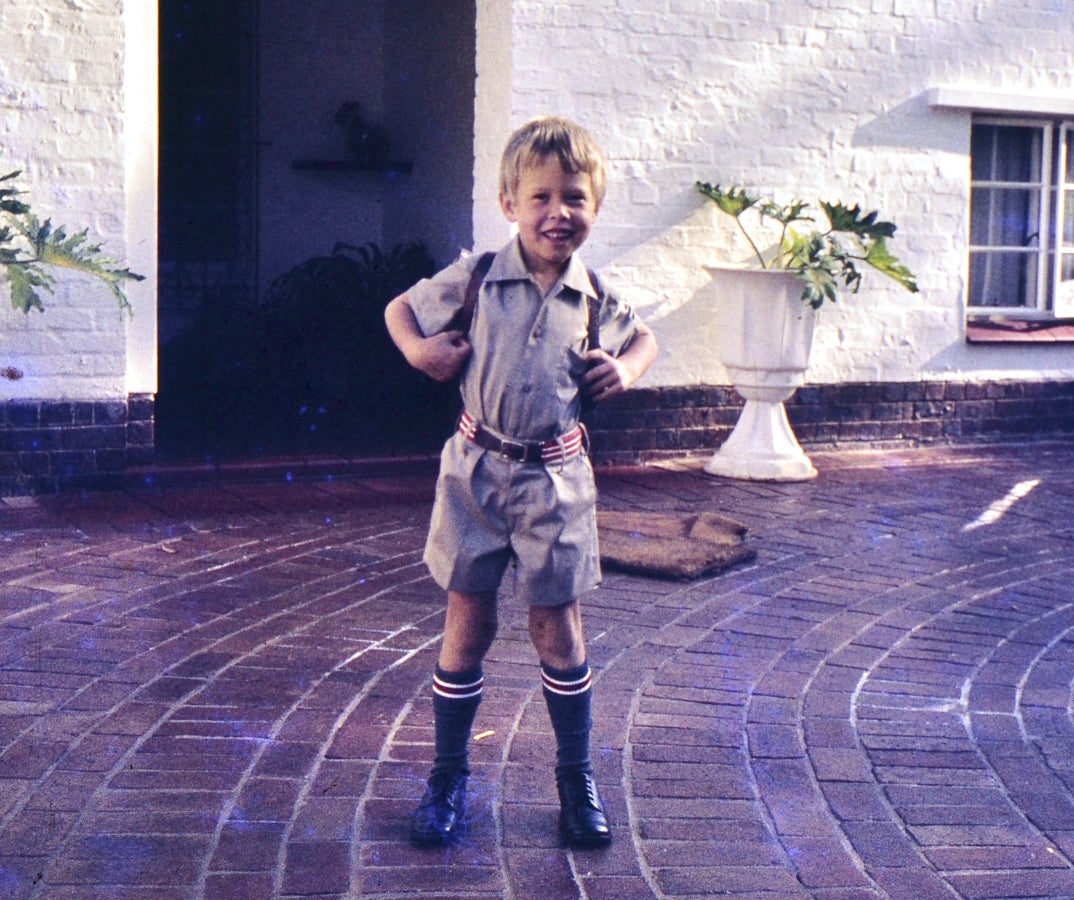 Bullying in childhood, autism spectrum disorder, obsession with Mars and companies created from scratch are part of Elon’s life Musk. It revolutionized the financial industry, competes with governments in the space mission and forced car companies to accelerate their investments in electromobility. According to former employees, he is workaholic, obsessive and has a strong and overwhelming character. This is the story of the new owner of Twitter.

He has close to 89 million followers, joined in 2009 and has written 17,500 tweets. He usually uploads memes, innovations from his companies or provocations to the competition. He has been critical of how – according to him – freedom of expression is not guaranteed and there are thousands of bots going around, and he even promised to eliminate them and open up the company’s algorithm.

This relationship has had ups and downs: he was sanctioned in 2018 by the SEC for publishing that he would make Tesla private by buying the shares at US$420 (alluding to 4/20 and marijuana). He was banned from tweeting about it, the company was fined $40 million, and he was no longer CEO. However, the true intentions of the businessman with this social network began to come to light on March 14, when he bought a stake in the company, without making it public.

On the 24th of the same month, he asked his followers if Twitter should be open source, and 83% answered yes. The next day he asked, “Freedom of expression is essential for a democracy to work. Do you think Twitter rigorously adheres to this principle?”, and he added, “the consequences of this survey will be important. Please vote carefully.” More than two million people participated and he won the “no” option with 70% of the votes.

This would not end there; on April 4 she announced that she had 9.2% of the company, valued at US$9.2 billion. The next day, CEO Parag Agrawal signaled that Musk would join the board. On the 9th of the same month he returned with the questions, and said, “Is Twitter dying?”, accompanied by the 10 users with the most followers. “For example, Taylor Swift (90 million followers) has not posted anything in three months, and Justin Bieber (114 million) only posted once in 2022.” Two days later he announced that he would not enter the board, he had more ambitious plans.

Twitter founder Jack Dorsey – who left the company a few months ago – wrote on April 25: “I love Twitter, it’s the closest thing we have to a global consciousness. The idea and the service is the only thing that matters to me, and I will do whatever it takes to protect them. As a company it has always been my only problem and my greatest regret. It has been owned by Wall Street and the advertising model. Getting it back from Wall Street is the right first step.

In principle, I don’t think anyone should own or run it. It wants to be a public good at the protocol level, not a company. However, to solve the problem of it being a company, Elon is the only solution I trust.”

Bullying at school and at home

After the separation of his parents, he stayed with his father Errol so that he would not feel alone. He defines him as someone with an extremely high IQ and reportedly the youngest person in South African history to earn a professional engineering degree. He attributes his talent in this area to his father. However, today they have no relationship, he “he was such a terrible human being”. “My father will have a carefully thought out plan of evil, he will plan evil,” and he constantly psychologically abused him, he told an American magazine.

On Saturday Night Live, he confessed that he suffers from Asperger’s syndrome and that his brain works differently, boasting of being the first host of the program with this condition, “or at least the first to admit it”, and then said ” To anyone who’s offended, I just want to say: I reinvented electric cars and I’m sending people to Mars in a rocket, did you think I was going to be a laid-back, normal guy too? Because of this he suffered from bullying at school until he was 15 years old.

Ashlee Vance’s book, Elon Musk, the man who anticipates the future, recounts an episode in which he was beaten in a group and left for a week in the clinic, or when “they managed to get my best friend to encourage me to come out of hiding to that they could beat me up, gangs would come to school to beat me up, and when I came home, it was just as horrible. The horror never ended,” says Musk.

One day he decided to put aside the books and started to learn to fight again. That story of abuse ended when she knocked out the leader of the school’s bullying with a punch to the face. At the age of 17, she went to live with her mother in Canada.

In his biography it is mentioned that Errol deposited US$20,000 to each of his children for the creation of Zip2, the brothers’ first company, however, Musk has denied this and affirms that everything was supported by investors and credits.

“#ProudMom (proud mother), I have such talented children,” Maye Musk (his mother) wrote on Twitter, referring to a video that Kimbal (49) uploaded dancing with his brother Elon.

At the same time, the purchase of Twitter. A day later, she put emoticons of hearts and party to her son’s announcement about the acquisition of the social network. #ProudMom himself has used it to celebrate each of his successes.

Until the age of eight, Elon lived with his parents, Errol and Maye Musk. The first is an engineer who made his fortune in the emerald mines in South Africa and her mother is a model and nutritionist.

He rarely saw them in his childhood, in a 2017 interview with Rolling Stone magazine that he “had a housekeeper who was there to make sure he didn’t break anything. She wasn’t, like, watching me. I was out making explosives, reading books, building rockets and doing things that could have killed me. I’m surprised I have all my fingers, I was raised by books. The books, and then my parents.”

With his brother Kimbal, 49, they founded Zip2, a map-anchored business search directory similar to the Yellow Pages, in 1995. It didn’t go well at first, but after turning the business around and creating software that newspapers could buy to build their own property directories and classifieds, they sold the company in 1999 for $307 million. Elon got $22 million – he bought a $1 million racing Maclaren and wrecked it a year – and Kimbal got $15 million.

The younger brother is a chef, restaurateur, philanthropist, and food entrepreneur, co-founder and CEO of The Kitchen Restaurant Group, Big Green, a nonprofit organization that seeks to help children grow up in healthy communities, and CEO of Square Roots, company that has developed and installs hydroponic farms in reclaimed shipping containers.

They currently produce mint, basil and green leafy vegetables. In addition, he is part of the board and is an investor in Tesla and SpaceX.

His sister Tosca (47) is a film producer and according to IMDB has produced 54 films. In 2017, she founded a streaming platform called Passionflix, which seeks to bring best-selling romance novels to the screen. That same year she raised US$4.7 million to develop the company. One of his investors is her brother Kimbal and another is Bill Lee, a friend of Musk and an investor in Tesla, Opensea, Neuralink, Coinbase and The Boring Company.

The entrepreneur of the century and his obsession with Mars

Many controversies cloud the brilliant career of perhaps the most successful entrepreneur of the century, the richest man in the world, Elon Musk (50). Sometimes the headlines prefer to echo his extravagances, his arrogant and even abusive style with his employers – as Ashlee Vance’s biography correctly recounts. Former employees describe him as a bad leader and in his first companies he was constantly removed from CEO.

The businessman born in 1971 in Pretoria, South Africa, at the age of 12 programmed a game that was developed in space and sold it for US$500, revolutionized the financial industry and created one of the first fintechs: X.com, which would later merge with Confinity –by Peter Thiel– ​​and would become PayPal.

It is one of the largest contributors to the decarbonization of the planet with Tesla, the electric car company that revolutionized the automotive market and forced the industry to migrate towards electromobility. This, despite having lost 17% of valuation – the businessman will use his shares to buy Twitter – has a capitalization of US $ 870,000 million.

Not content with being present in the financial and automotive industry, Musk has had an obsession with Mars since he was a child, and in interviews he has even stated that we must prepare for a possible catastrophe on Earth, and for that we must make the red planet habitable. Because of this, and because he found that countries were not efficient in his space mission, he founded – with part of the money obtained by PayPal – SpaceX.

Despite the initial difficulties, today it is a success, and only four institutions have launched rockets into orbit: the US government, Russia, China and Musk’s firm, which even manages to return them to Earth and be reused. Each of these firms started from scratch. In addition, in 2016 he bought Solar City from his cousins ​​Lyndon and Peter Ryve, which would later become Tesla Energy.

He is the founder of OpenAI, a research company promoting friendly artificial intelligence; Neuralink, a neurotechnology company focused on the development of brain-computer interfaces, and The Boring Company, which builds underground tunnels and seeks to build a Hyperloop, a high-speed public transport system in which passengers travel in autonomous electric capsules at more of 900 kilometers per hour.

A Hyperloop ride from Washington to New York would take less than 30 minutes, says the company’s website. His net worth is US$264.6 billion and his last big move was the purchase of Twitter for US$44 billion. For that he sold US $ 8,500 million shares of Tesla and consulted with Morgan Stanley.

What is the Metaverse and why is it becoming more and more relevant?
Mark Zuckerberg and his wife Priscilla Chan donated $ 1.3 million to Jewish philanthropic institutio...
Zuckerberg's metaverse is dead, long live the metaverse