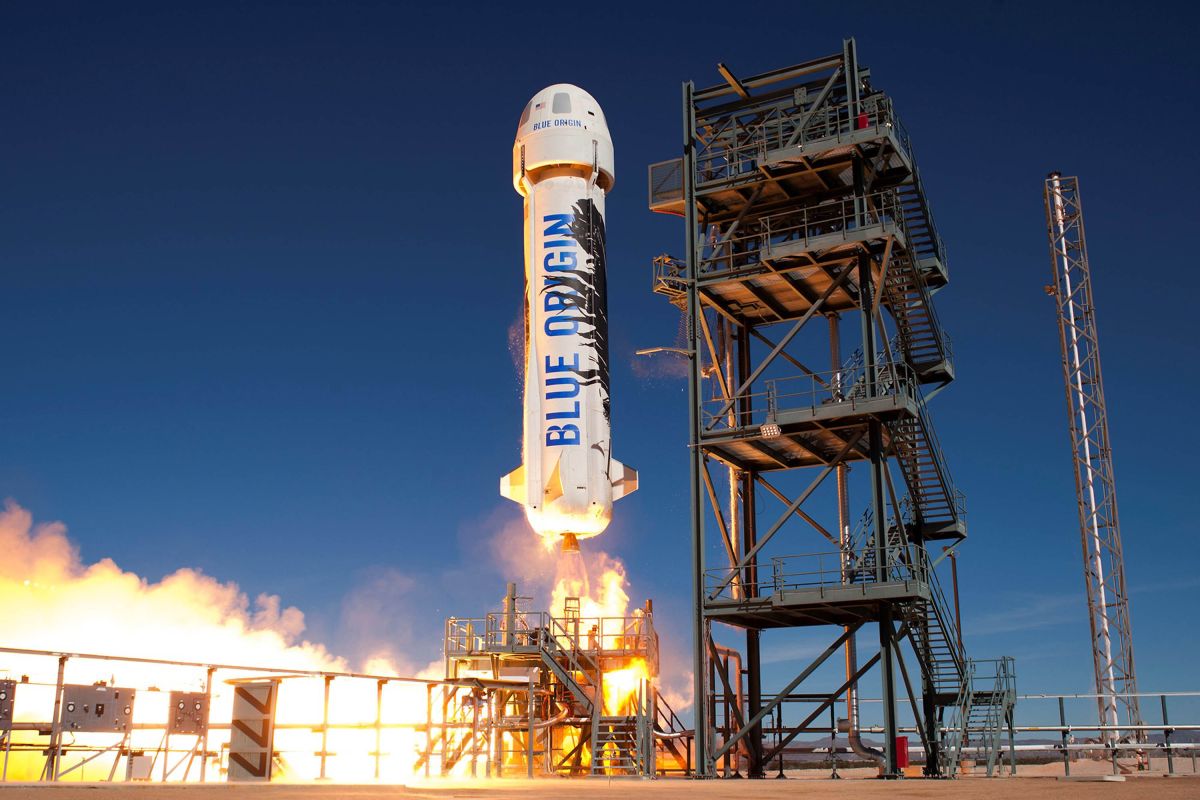 Justin Sun, Ambassador, Grenada Permanent Representative to the WTO and Founder of TRON, revealed that he was the person who submitted the winning bid for the first seat on Blue Origin’s inaugural New Shepard rocket, for which he paid $ 28 million dollars and had to postpone due to scheduling reasons.

The young businessman announced that he will finally make his ticket valid and will travel with five companions on a New Shepard flight in 2022. Sun will be the first Grenadian, international diplomat, and blockchain industry leader to climb into space and will carry the Grenada flag with him on his journey.

And as part of your planned trip, Sun is launching the campaign “Sea of ​​stars”, to convey the message that the Earth is where the chapter of human life begins for our future generations, and not where it ends.

Over the next few months, Sun will choose five exceptional men and women to travel with him on his journey. Nominees may include a member of the TRON DAO community, which includes long-term holders from TRX, BTT, JST, SUN, NFT, and WIN, and other prominent leaders from the worlds of fashion, art, technology. , space exploration and entrepreneurship.

Details about the nomination process and criteria will be released by the millionaire in the coming months.

“With the rapid development of the commercial aerospace industry, entering space can become a dream that everyone can realize in their lifetime. We are entering the era of great space flights. This great journey requires more people to get involvedSun said.

On the $ 28 million that Sun auctioned for its ticket, Blue Origin announced that it was destined to the foundation “Club for the Future”, which in turn benefited 19 space-based organizations to inspire future generations to pursue careers in STEM and help invent the future of life in space.

“Blue Origin’s initiative to take more people into space to see Earth as our unique common home is extraordinary. ‘Club for the Future’ offers a way to use that experience to inspire young people around the world to dream and act on their dreams of science, technology and space exploration. I felt compelled to help promote that vision through my offering.Sun added on the official Blue Origin page.

The vision of this company from Jeff Bezos, is that in the future millions of people will live and work in space for the benefit of the Earth. Blue Origin completed its first human flight on July 20 and successfully returned from suborbital space above the Kármán line, the internationally recognized boundary of space..

On that occasion Justin Sun should have flown, but problems with his schedule prevented him from participating in the first trip, reason that led him to reschedule his departure for next year.

Justin Sun is a Chinese tech entrepreneur, founder of the TRON cryptocurrency platform and current CEO of Rainberry, Inc. He is the founder and CEO of the mobile social app Peiwo.

Tom Hanks refused to travel to space: “I will not pay $ 28 million dollars”

Blue Origin will launch Orbital Reef, a space business park for business and tourism, into orbit

Justin Sun, the businessman who won the auction at $ 28 million for flying with Jeff Bezos, will finally travel in 2022