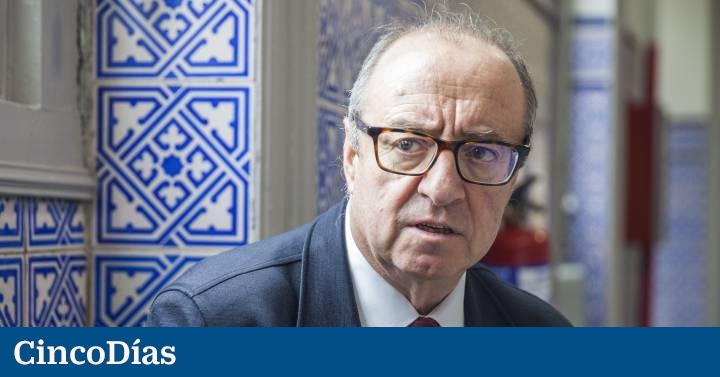 Technology impacts our lives in many ways. Some are more obvious and others less. That it is capable of upsetting the value of things is no secret. Data, while always valuable, was never as valuable as it has been in the wake of digitization. With great potential and an ambivalent character, the tools we use are influencing ourselves. José Luis Fernández, doctor in Philosophy and director of the Chair of Economic and Business Ethics at the Universidad Pontificia de Comillas, reflects on how the latest great tool announced by the technology titan led by Mark Zuckerberg: the metaverse can change things.

What effects do you think the popularity of social networks has had on our way of seeing the world?

I think it has an extraordinary impact. Today there are many people who would not understand their daily life without social networks. There are other people who live without it, but who are wasting some possibilities that technology is certainly bringing to relationships between people. The impact of technology is in our lives, in our person and in the relationships we establish with others, from the closest to the most distant. This has been mediated in recent years. The impact is very significant. It has good, not so good, bad and horrible aspects. It has spectacular potentialities.

How would you say they have changed the way we act?

The people inside have learned to interact from a distance. The pandemic accelerated the process and many people have learned to do things that they did not know two years ago. It has given us value, but for certain types of people, this type of interaction poses problems in the medium term. Serious problems. Personal, interaction and self-image building.

Doing a hypothetical exercise. In the event that Zuckerberg’s metaverse not only succeeds, but succeeds, what would you expect in terms of understanding life?

The first thing to ask is whether there is a need for this. If we have a universe that is susceptible and necessarily worth improving, what do we do by going to another parallel universe without first fixing the one we have here? We have a lot of homework and a lot of challenges. If successful, new business models would appear, more sophisticated ways of interacting. Virtual reality opportunities would be generated. It would allow, for example, to do new things in the office, but all very much mediated by those who are in charge of this business. It occurs to anyone that on the other hand this limits or interferes in the form of human relationship. We would get used to living in that world and living in that world is not human. Living in that world will have negative consequences for people’s health, interaction and happiness. This can be a dystopia. Ending in Aldous Huxley’s Brave New World, in Orwell’s 1984. What we are creating may end up being a nightmare. The metaverse is an ambivalent reality; It has pros and cons and there are serious dangers that we would have to avoid in order to stay with the positive, which, without a doubt, it does.

That is what is behind it all. Those who are launching this have varied motivations. Some make them explicit and others do not. Some may be purely technological development, others may be social engineering. Others may be political in design; others, to implement a specific agenda. There is an economic one. As in the fourth industrial revolution, energy, the oil that moves it is no longer electricity, chemistry or oil itself, but data, and the wealth is in the data and in the use made of it. them, in the metaverse we would see an evolution of this. A whole world in which to sell and buy things that we can hardly even imagine. They are talking about non-expendable things, NFT, objects that are not real, but that can be bought and sold. Things that do not exist, but that are in that parallel universe. That is going to be done, and how it will be guaranteed will be using technology that is already being developed. Blockchain is called to be the notary public of this parallel universe. Used to certify that what is sold, something that does not exist but that does exist in that world, is indeed as it is said to be. Business models appear that we cannot even imagine. Behind all this, economic reason is what drives the tech giants.

How to avoid the trap of getting hooked on a fictional life in this metaverse? The reality can sometimes be disappointing …

I don’t think there is a better antidote than the ability to think critically. It’s the only antidote I can think of to trying to make this work for people and not enslave them. Because that is a real danger, the one that can enslave them. To avoid being hooked, you must first fast from the metaverse; second, educate people not to live a parallel life but to enjoy real life. Artificial intelligence is fine, but it is better to have a friend with whom to drink a beer than to have a thousand friends that you do not know that you have added to your list of people in a social network. They are two absolutely different worlds. People have to be alerted. What big companies want with this is not to help others, they want to do business. And it is not bad to do business, but the counterpart which is. That people are being manipulated, seducing staff and limiting the ability to think. Critical philosophy is the antidote to all this, but today little philosophy is taught.

We should worry a lot. They are going to sell us a wonderful story and they do well, because that is what those who work in that company are there for. We should be concerned because they hold the key to power over lives, estates, and destinies. It is very serious. It is an almost divine or almost diabolical power. That can bring serious displeasure to humanity. As we are human beings and we are neither good nor bad by nature, we have the possibility of being one or the other depending on the incentives and the possibilities of doing things without answering for the consequences; what we have to do is create rules that put an end to the ways of proceeding that these companies would end up having. From an economic point of view, they would end up being pure monopolies. From the political point of view, they would end up being absolute authoritarians. From a cultural point of view, they would end up building what is worthwhile and would cast out any alternative narrative. We cry for the loss of biodiversity. Well, you have to mourn the loss of human cultures. Not all of us have to be the same, or think the same, or live in the same way, or eat the same things, or wear torn clothes because a fashion tells us to. We cannot let companies like these set the pace for us. Neither these nor others, but these technologies are the ones that can do it now. They can more than banks, than energy companies, more than anyone. We cannot let them, and only them, decide the lives of everyone else. We must sift through and keep the good that they bring, but demand that the authorities protect us from the negative.